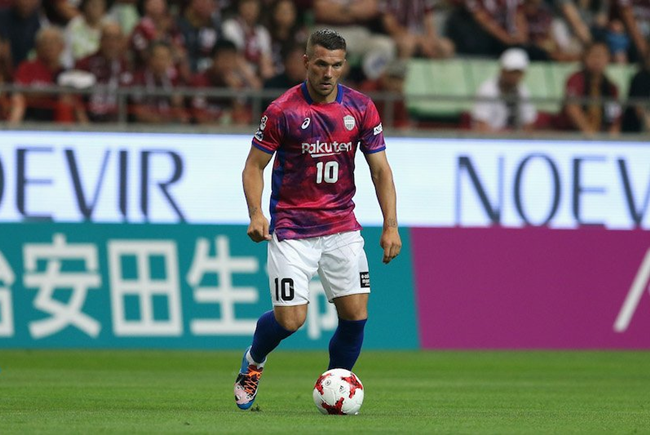 Lukas Podolski made his J-League debut for Vissel Kobe on Saturday evening, scoring twice in a 3-1 victory over Omiya Ardija.

The German striker also decided to dress up all nice for the occasion, donning a very special pair of custom boots.

Indeed, Poldi had his old Adizeros plastered with a graphic of Kojiro Hyuga, a character from the ever-popular Captain Tsubasa manga series…

According to Soccer King Japan, the Captain Tsubasa books and cartoons were a massive “buzz hit” in Germany in the 1990s, when and where Podolski was obviously an avid fan.

The following video shows the ex-Arsenal striker scoring his first two goals for Vissel, though oddly it appears that he had changed out of his Tsubasa boots by that point…

This is just the beginning of my Japanese adventure. 🔟⚽🇯🇵 #poldi #japan pic.twitter.com/fB5LPoSF5f