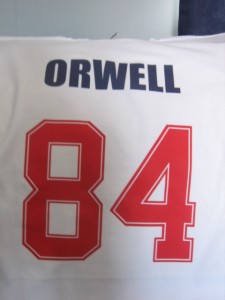 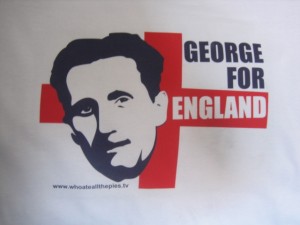 By George I think we’ve won it! The George (Orwell) for England Pies World Cup Tshirts are on sale now.

Perfect for anyone who loves football (and a bit of literature too) is the George for England World Cup shirt. This fantastic quality cotton T-shirt has England’s favourite George (Orwell) on the front and the numbers 84 (of course) on the back. It also has the Pies URL too, in case you forget where we are.

We chose Orwell because we think he is the coolest George England has ever produced. The next in the series will be either George Dawes or Boy George. Look out for that later.

Go here to get yours.