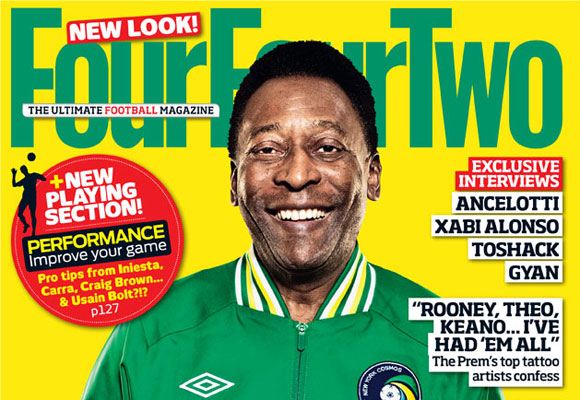 Today Umbro unveiled the new home kit for the reformed New York Cosmos. This from the press release:

“As part of the club’s rebirth, Umbro has applied its celebrated football-tailoring ethos to a new on-field performance and off-field lifestyle line for The New York Cosmos club. The white home shirt, with the unique green and yellow collar, will be available in December (£49/$75). It’s inspired by the one worn by its star players in 1977, including Pelé, but with the performance benefits of a modern football shirt.

“The wider range, including the green walkout jacket worn by Pelé on the cover of FourFourTwo [the Oct 2010 issue], will be available in February 2011 (£70/$100) with further apparel and equipment pieces in the pipeline, all inspired by the legacy and promise of The New York Cosmos.” 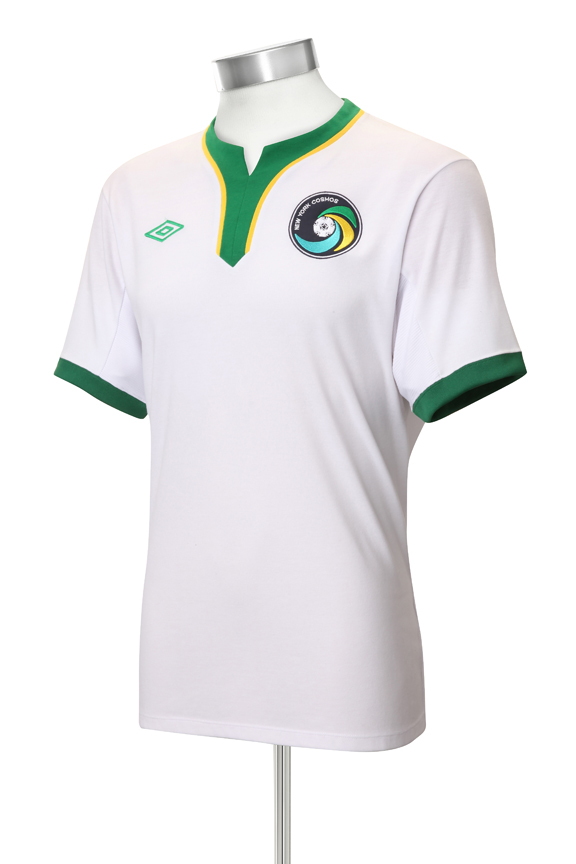 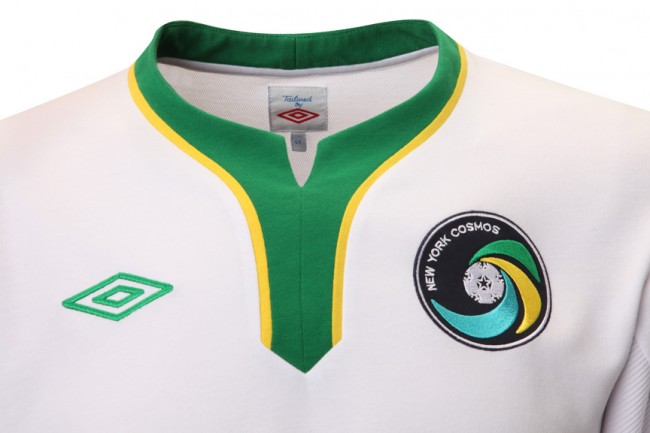 That is rather lovely. And let’s remember the original it’s closely based on, as modeled by a player you might recognise: 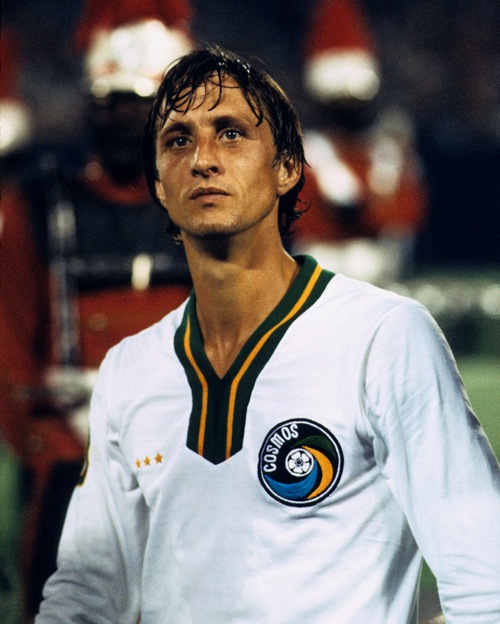 You like the updated version? The original is cooler, of course, but the new jersey is also very stylish.

And the new ‘Anthem’ track jacket (which Pele sports above) ain’t too shabby either: 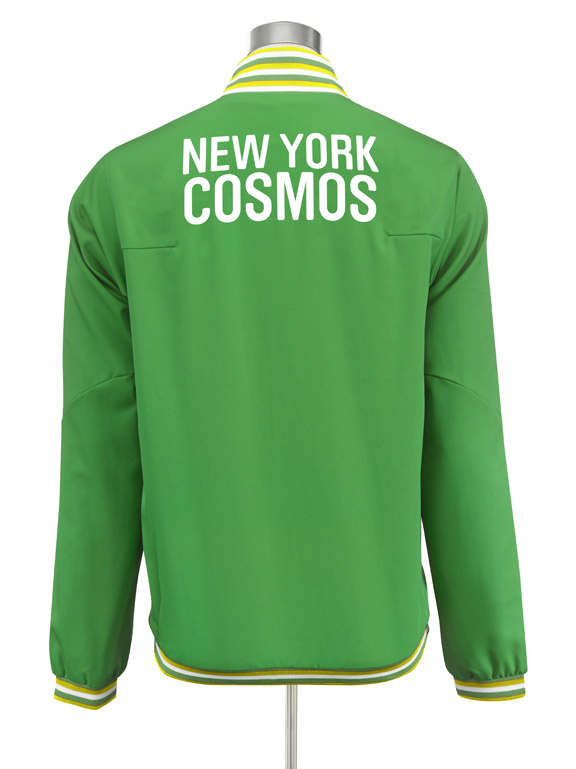