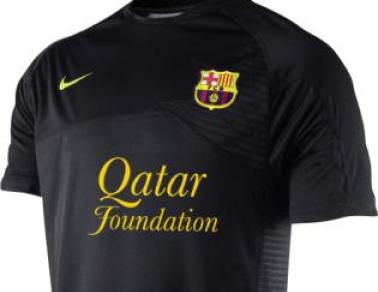 This is supposedly a first look at Barcelona’s next away shirt (source: El Mundo Deportivo), made by Nike and complete with Qatar Foundation sponsor’s logo on the chest. You might think it’s for goalkeeper Victor Valdes, who has been the man in the black in recent seasons, but no, it’s for the outfield players: Messi, Xavi and co.

It’s the first time Barcelona will have worn a black shirt and whilst it’s a cynical move by Nike (there’s no reason for Barca to wear black), at least it’s an improvement on Barca’s recent away kits… 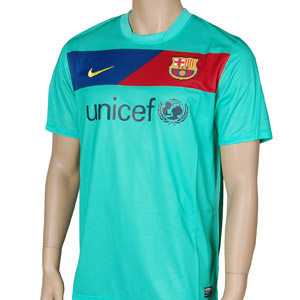 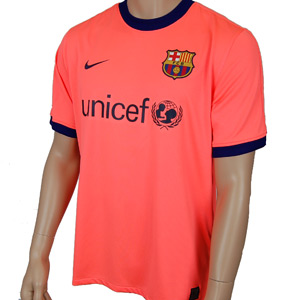 What do you make of the black kit? Whatever Nike’s thinking, I quite like it, mostly because it puts me in mind of Man Utd’s classic SHARP black-and-gold away kit of the mid-1990s.