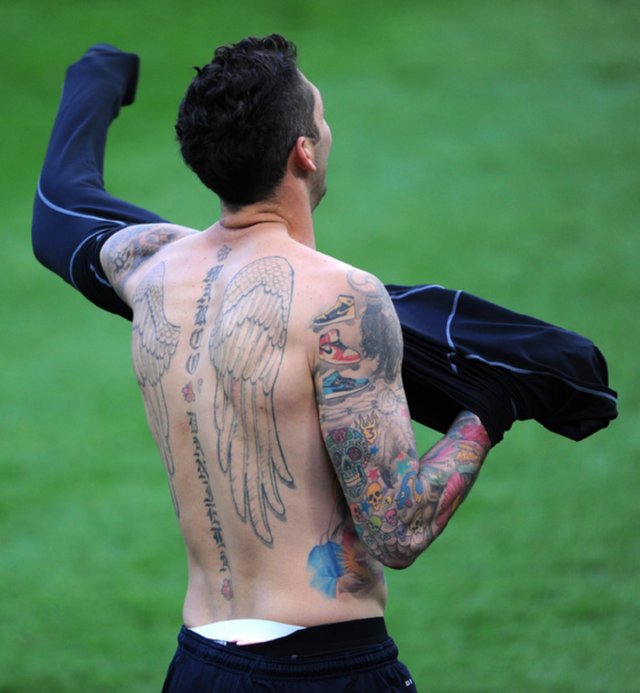 With his body now looking distinctly similar to the inside front cover of my jotter at Junior School, Marco Materazzi aired his new (at least we think they’re new) ink during a training session ahead of Inter’s Champions League game with Schalke yesterday – three pairs of Nike Air Jordan 1 sneaks tattooed on his upper arm.

Why? Because he bloody loves Space Jam, that’s why.

David Beckham Gets New Jesus Tattoo – Says It Represents Himself

Newcastle Fan Has Bobby Robson’s Face Tattooed On His Thigh