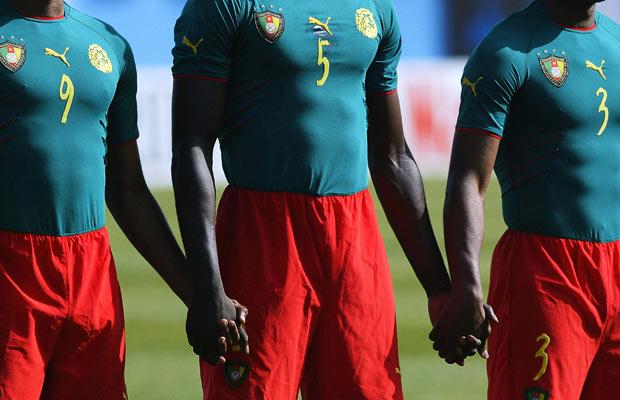 Despite the kit being cleared by the Nations Cup organisers, FIFA were not best pleased when Cameroon flaunted their warning and sported the strip during the group stages of the tournament, thus irking Sepp Blatter by directly contravening his ‘no separate shirt/shorts, no service’ rule… 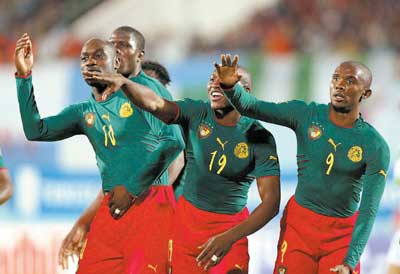 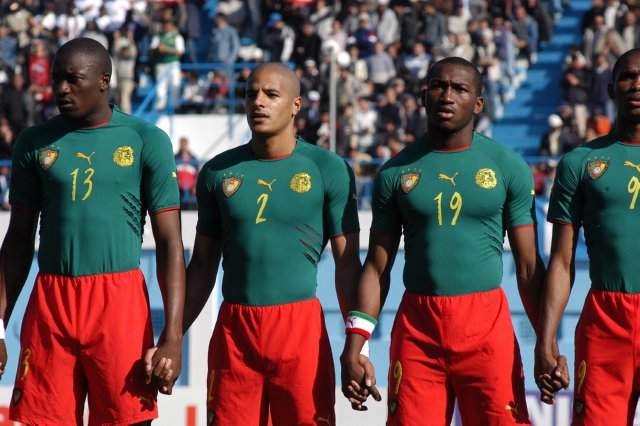 FIFA banned Cameroon from wearing the kit in the knock-out stages, but Puma countered by claiming that they simply would not be able to produce a re-jigged kit within the space of a week – leading the Lions to throw caution to the wind and wear the strip again during their 2-1 quarter-final defeat against Nigeria… 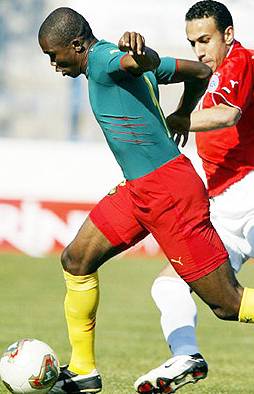 Taken aback by the insolence on display, FIFA then deducted six points from Cameroon’s 2006 World Cup qualifying campaign and fined their Football Federation the princely sum of $154,000 dollars – a fine which Puma paid on the organisation’s behalf while bizarrely blaming rivals Adidas for influencing the decision due to the German brand’s close ties with football’s governing body. 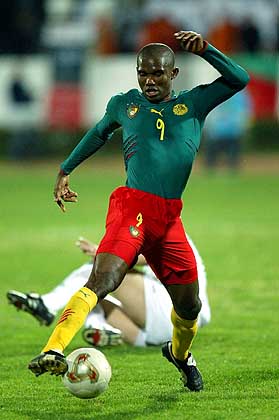 The dispute rumbled on for months, with Puma adamant that no rules had been broken (except the one about red and green never being seen), until both parties agreed to settle out of court – with FIFA finally restoring the six points they had stripped from Cameroon’s qualifying tally. 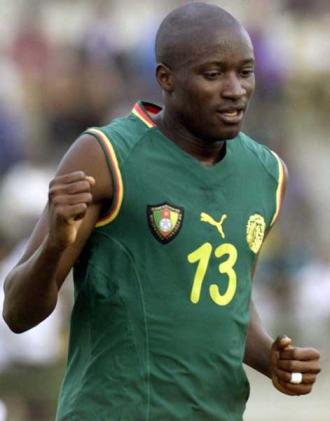 Scunthorpe Take Us To ‘Pleasure Island’, 1994