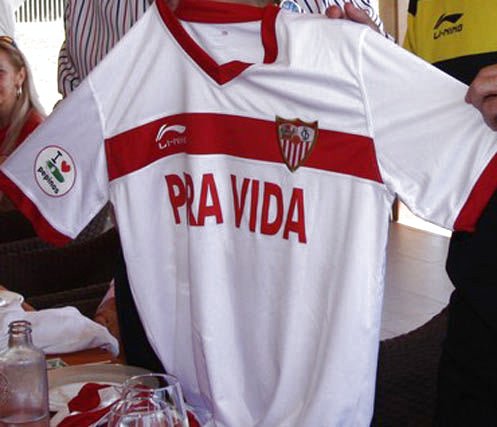 Spanish side Sevilla are lending their support to the beleaguered Spanish cucumber farmers community, who have been blamed for a deadly outbreak of E. coli in Germany, by sewing patches onto the sleeves of the pre-season strips that read ‘I ♥ Cucumbers’.

Sevilla president Jose Maria Del Nido said the message was ‘in defense of the cucumber of Murcia, after the war it had with Germany over the cucumber’.