QPR finally announced their shirt sponsor for 2011/12 yesterday, with Malaysian Air and Air Asia splitting the ‘multi-million pound deal’ down the middle – though we reckon Neil Warnock could care less, being as he was the lucky mark that got to model the new strip with several of the two airlines’ more photogenic hostesses… 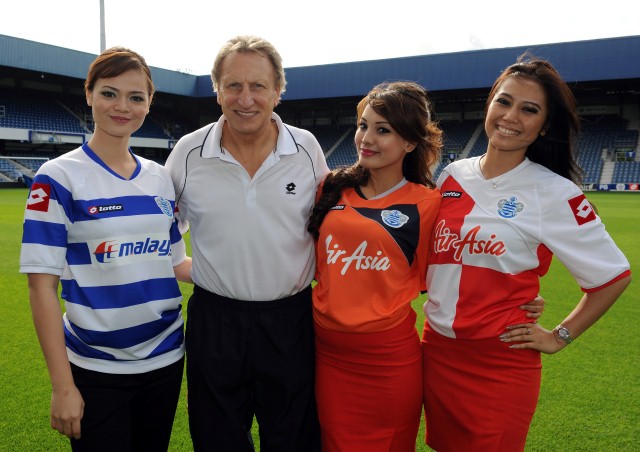