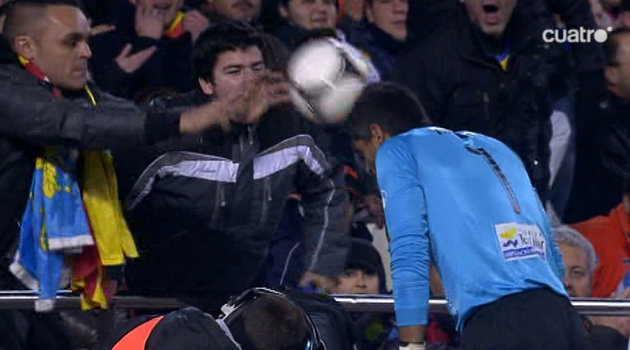 A bit of good-natured tomfoolery or an assault with a (not-so) deadly weapon? Well, the local Spanish Old Bill took the latter view after seeing a Valencia fan cheekily bounce the ball off the head of Levante goalkeeper Gustavo Munua.

Munua was retrieving the ball, which had ended up in the stands during his side’s Copa Del Rey clash with Valencia, when the fan who had caught the ball decided to bounce it off the ‘keeper’s head.

Apparently after the incident, the local police escorted the fan out of the ground. Which does seem a bit harsh. Levante lost the game 4-1, by the way.