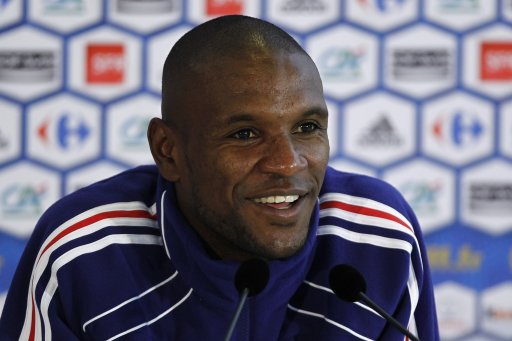 Forget the roasting and the racism, the diving and the drinking, sometimes footballers can actually be rather nice. And there seems to be no nicer chap in the world of football right now than Barcelona’s Eric Abidal.

The 32-year-old French defender, who recovered from liver cancer himself, recently visited a local hospital in Barcelona and was particularly moved by one patient, 15-year-old Juan Garcia. The teenager, who is battling cancer, broke down in tears when Abidal came to visit, prompting the French international to present him with his Rolex watch as a gift.

“It was impossible to get Eric to take the watch back. He told me: ‘It doesn’t matter what this is worth. I want your son to be happy.”

“He embraced all of us and continued his visit to other sick children. I looked at my son, and I will never forget the look of happiness in his face. I’d forgotten what he looked like when he was happy. At night he kept switching on the light to look at the watch’s inscription.

“The visit of the players improved the spirit of the children more than any medicine. For my family the great idol will always be Eric Abidal; he is more than a player for us.”

Apparently the watch was worth £20,000 and may have been a limited edition timepiece given to each member of the Barcelona squad at the end of last season.

Whatever the origin of the watch, Abidal’s gesture highlights the fact that not all footballers are overpaid, arrogant and selfish. Only some of them.