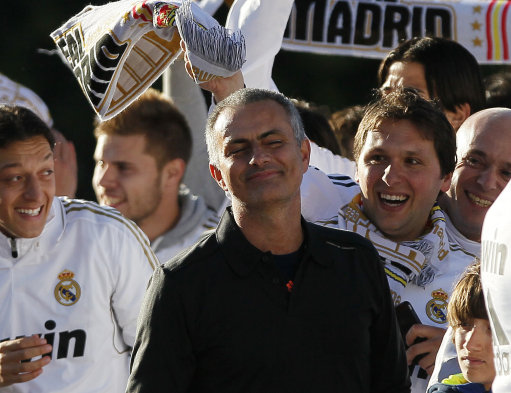 Fans of Chelsea, Liverpool and er, Aston Villa (maybe), will all no doubt be disappointed by the news that Mr. Special One has decided to stay with La Liga champs Real Madrid for another four years by way of signing a two-year contract extension up until 2016.

The former Blues’ boss has once again struck trophies, this time with Los Merengues, who beat Barcelona to their first La Liga title in four seasons.  While rumours were linking him with a move away from the Bernabeu and possibly even back to Stamford Bridge, the smooth Portuguese schemer has decided to stay put in Spain, and who can blame him?

Expect the Madrid giants to make a concerted assault on the Champions League next year.