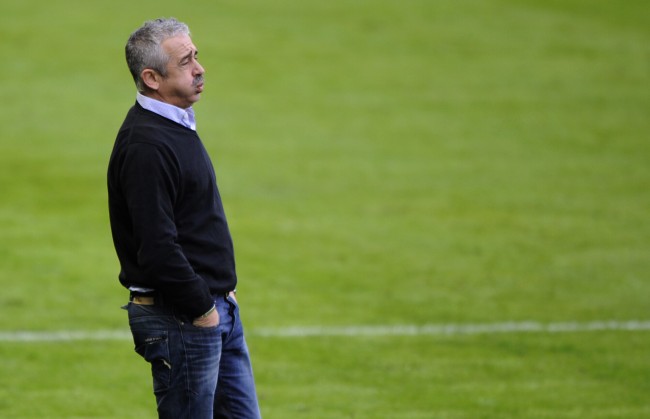 Less than 24 hours after signing on at Villarreal as their new coach, former Sporting Gijon manager Manuel Preciado suffered a fatal heart attack and died last night at the age of 54. He was due to be officially unveiled at El Madrigal later this very morning.

“Coach Manuel Preciado died early this morning in Valencia and as a result of a heart attack. Villarreal wants to show its deep regret at the sad loss and wants to show their condolences to his family and all his relatives.”

“With deepest regret, Sporting Gijon wish to express their sorrow at this sad loss, for someone who formed an integral part of this club’s history, and send their deepest condolences to his family in this time of grief.”

Preciado was, by all accounts, one of the nicest, most amiable personalities in Spanish football – though he had every right not to be. His wife died from cancer in 2005, his 15-year old son died in a car crash in 2007 and his father, Manuel Snr, died after getting run over just last year – just about the worst run of ill fortune imaginable, though he came through it with dignity.

After being relegated with Sporting Gijon last year, Preciado was due to take over at Villarreal ahead of the 2012/13 season. Sadly, their hunt for a new coach must now continue. MARCA are reporting that Preciado was suffering with a viral infection and slipped away in the early hours of the morning.