A certain Richie O’Dare, operations manager at football agency Yamvi Sports, which is based in both the UK and Ghana, is apparently on the lookout for two playmakers from the EU to play in the Spanish Third Division.

But not any old playmakers, you see, but ones “like Xavi or Kroos”… 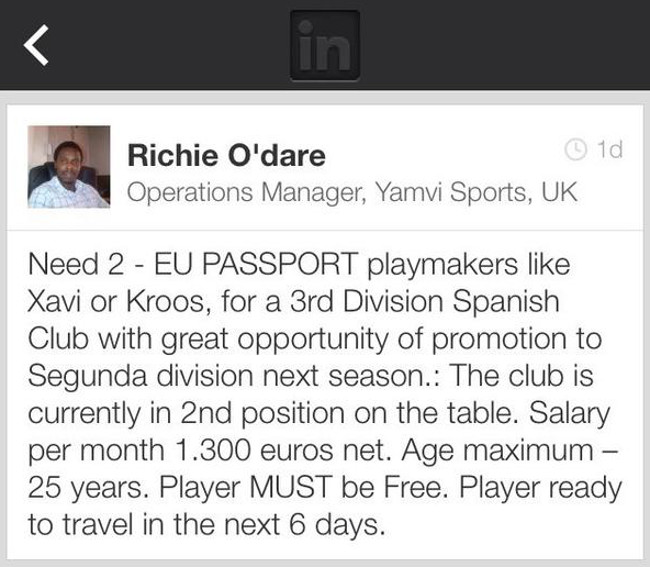 Someone should put him in touch with Demy de Zeeuw, pronto!

O’Dare says the club are currently second in the Segunda Division B, which means the team in question is probably CD Guijuelo.

Presumably this isn’t a hoax. But if it turns out to be fake, be safe in the knowledge that I shall eat an Alan Partridge-sized plate of humble pie.