A three-year deal has been signed. Here he is in all his finery… 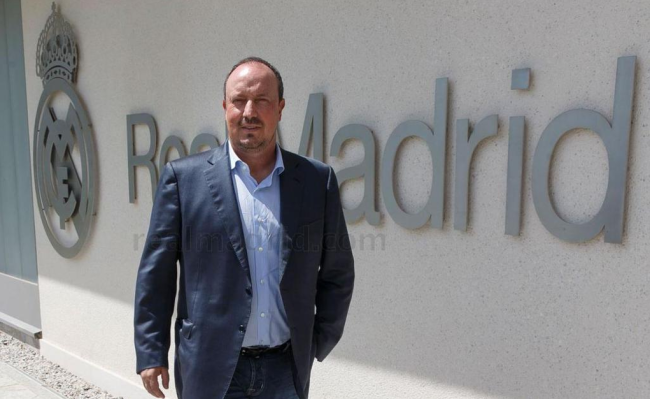 As per a statement on the club’s official site, Real are now planning to formally present Benitez to the world at a ceremony at the Bernabeu later this afternoon.

Of course, this is actually marks a return to Real for Benitez, who cut his managerial teeth overseeing the Castilla in his younger days.

We give him a year.