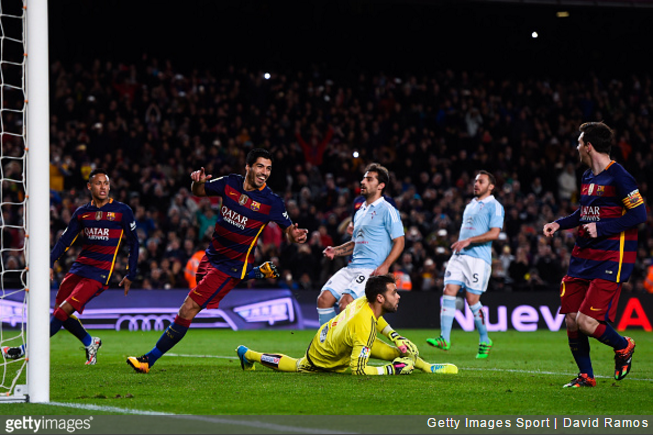 The whole world was set ablaze last night when Lionel Messi and Luis Suarez combined to pull of an astonishing tandem penalty routine in Barcelona’s 6-1 pummelling of Celta Vigo.

Messi hovered over the spot-kick but quickly rolled the ball sideways for Suarez to steam in and tap home, thus successfully recreating a 34-year-old set-piece first pioneered by Ajax duo Johan Cruyff and Jesper Olsen…

However, like a jilted bride left sobbing at the altar, Neymar subsequently revealed that Messi’s penalty pass was actually meant for him – right up until greedy guts Suarez horned in on the action and stole his goal away.

“Our friendship is the most important thing. It doesn’t matter who scores the goals just that we win the games.”

Just admit it son, you despise him. You despise him with the intense burning passion of one thousand collapsing supernovas.