League One giant-killers MK Dons may well have been hoping for another clash with a top-tier side but instead the Dons face a home tie with Bradford in the Capital One Cup Third Round.

Holders Manchester City will be confident of getting past Sheffield Wednesday at the Etihad while Arsenal face a tricky home clash with Southampton. The draw also threw up four other all-Premier League ties with West Brom facing Hull, Crystal Palace hosting Newcastle, Sunderland playing Stoke and Swansea travelling to Everton.

Here’s the draw in full, with the games scheduled to take place on Tuesday, 23rd September… 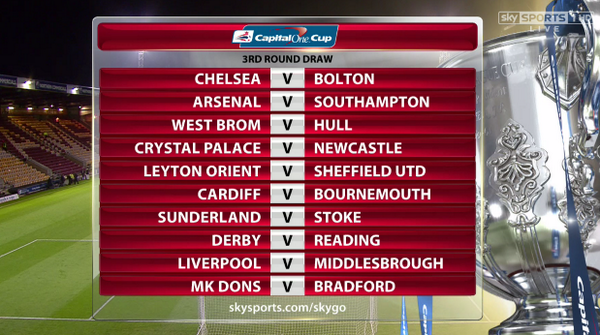 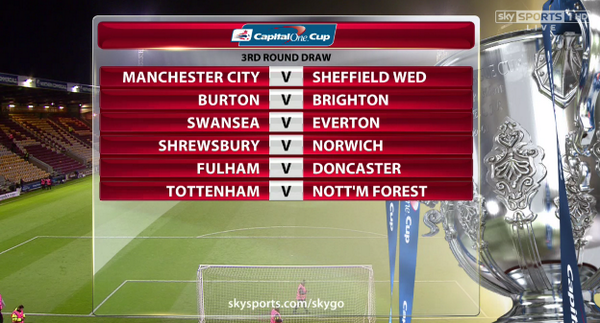