Given the furore at Leeds yesterday, we thought it would be fairly timely to put together Pies’ pick of the ten English-based football managers that, for one reason or another, are almost impossible to foster a begrudging respect for – let alone take to your heart… 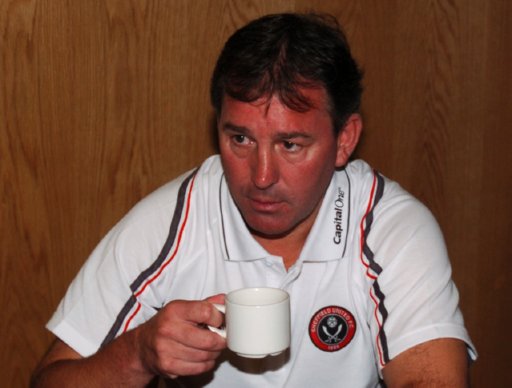 This is, quite honestly, the most exciting photo of Bryan Robson I could find

10. Bryan Robson: Yes, Captain Monotone was a great player in his day. He got Boro promoted way back when and his Houdini act with West Brom on the final day of the 2004/05 season is a thing to be cherished but, still, a ‘Robson linked with _____ job’ headline is guaranteed to strike an all-encompassing sense of ‘meh’ into the heart of any discerning football fan. The names ‘Curbishley’, ‘O’Leary’ and ‘Ince’ also have noticeably similar effects. 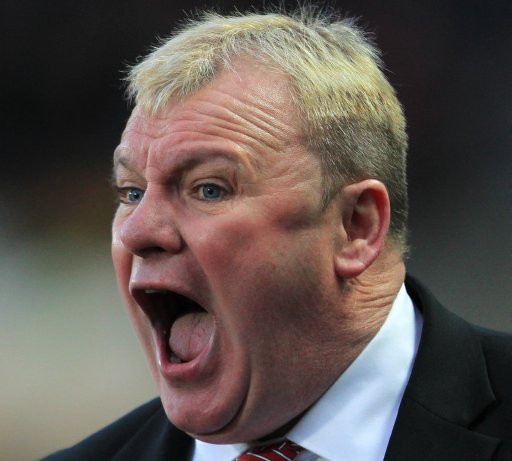 9. Steve Evans, Crawley Town: The scourge of the lower and non-leagues, chiefly due to his successful prosecution for ‘creative accounting’ while manager at Boston United, the fact that he’s employed at the helm of the richest club in the lower echelons of the English football pyramid, his endless barracking of officials and his incorrigible knack of being completely unable to accept defeat with any semblance of grace. 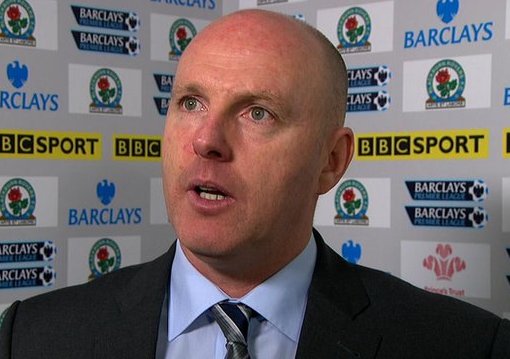 Kean, seen here being interviewed by a giant…again

8. Steve Kean, Blackburn: Bless him. All snivelly and small. 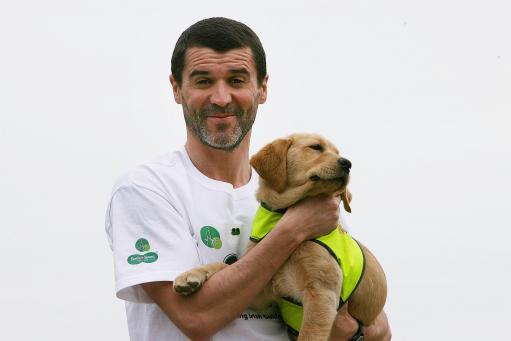 “Give us a smile Roy! Blimey, on second thoughts…”

7. Roy Keane: A walking, skulking morale vacuum that got incredibly lucky at Sunderland all those years ago and has been trading off that instant success (as far as his managerial career is concerned) ever since. His teams seem to implode as a result of having the lifeblood glared out of them all day every day. Can you just imagine how utterly joyless it must be to play under him? 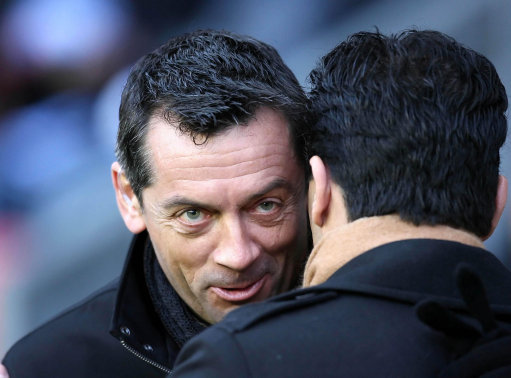 “How’s your wife Roberto? Tell her that Phil says ‘Hi’ won’t you?”

6. Phil Brown: The kind of guy that should be head of a ISP call-centre somewhere. Well versed in obtuse, meaningless business jargon with creosote-coloured fake tan on the collar of all his pale pink short-sleeved shirts, several of his employees’ wives’ DNA smeared across the steering wheel of his second-hand silver BMW M3 and, crucially, oblivious to his own meagre worth. 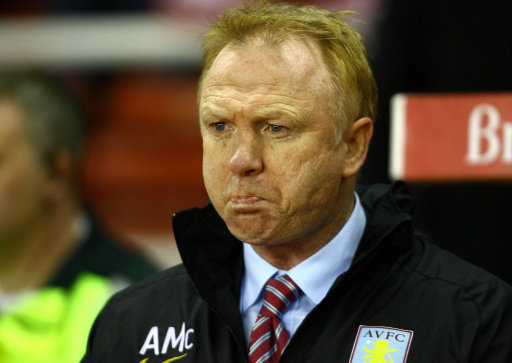 Eck catches wind of one of Emile’s nervous farts

5. Alex McLeish, Aston Villa: There’s only so much enjoyment you can get out of a plate of slightly ‘off’ breaded ham, i.e, none. The appointment of Big Eck signals but one thing in a fan’s mind; the club’s football is about to become about as sexy as an Ann Widdecombe/Sir Patrick Moore/Sarah Jessica Parker ménage à trois. 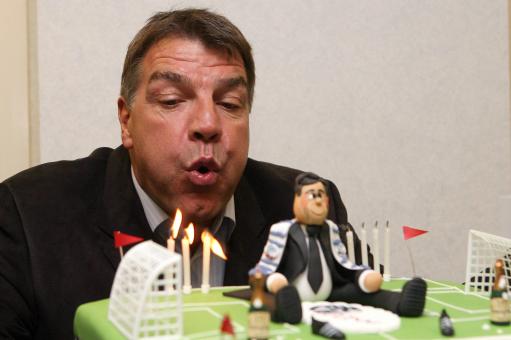 Seconds later, the cake was gone – candles ‘n’ all

4. Sam Allardyce, West Ham: See No.6, but factor in an a spittle-flecked double chin and an omnipresent cloud of nauseating body odour. 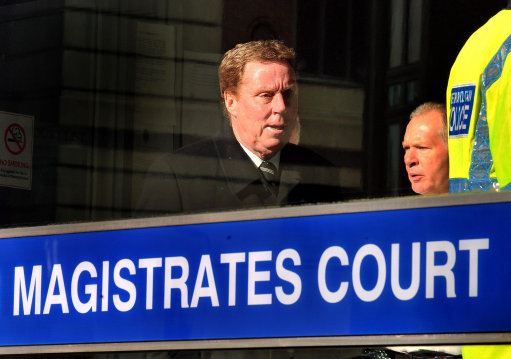 Harry spends the day at his second home

3. Harry Redknapp, Tottenham: Sweet Jesus, where to start? Put it this way; if he gets the England job, I’m officially handing in my passport and going to live among the finches on the Galapagos Islands. 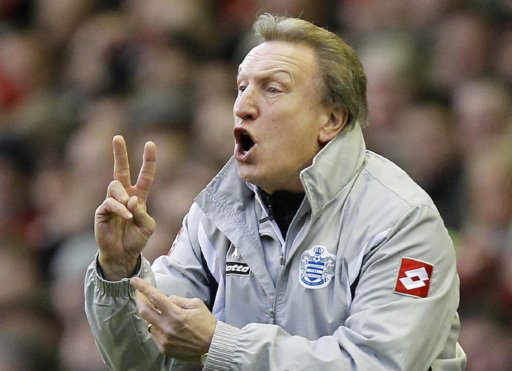 “Only number f**king two? You must be f**king JOKING referee!”

2. Neil Warnock: Has dedicated his entire career to rupturing the eardrums of fourth-officials, assistants, referees, opposition players and anyone within a five-metre radius with his immensely hypocritical and one-eyed yodelling. Recently his prickly post-match demeanour has taken on a strange ‘passive aggressive’ bent (calling the referees by their full name is particularly unsettling) which somehow makes him seem even more venomous than usual. The worst bit? He doesn’t care one jot what you think about him. Which makes him all the more infuriating. 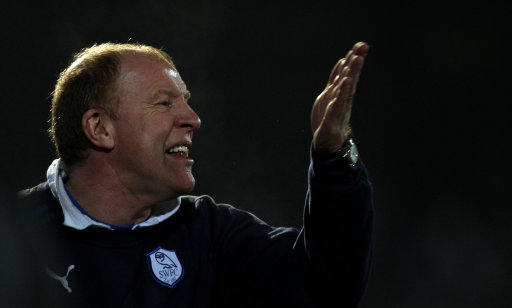 Note to self: Piss off absolutely everybody, refuse to take the blame

1. Gary Megson, Sheffield Wednesday: Being a Forest fan and seeing the club tainted by his appointment a few years back may have biased this appraisal, but Megson is a quiet, squirming, blame-resistant slug of a manager, content to subscribe to baseless conspiracies and paranoid delusions rather than turn the fickle finger upon himself. What’s more, he ain’t half dismal in conversation. His voice sounds like a duck farting in thick fog. My brain aches.

Any suckers we’ve missed? You know the drill…