See-eth, laid out before thine eyes, Pies’ decuplet of players that have underachieved, fallen from grace, failed to deliver, bought shame upon their families and generally stunk up the Premier League like a pilchard in the air conditioning over the past ten or so months.

Here we go, from the top… 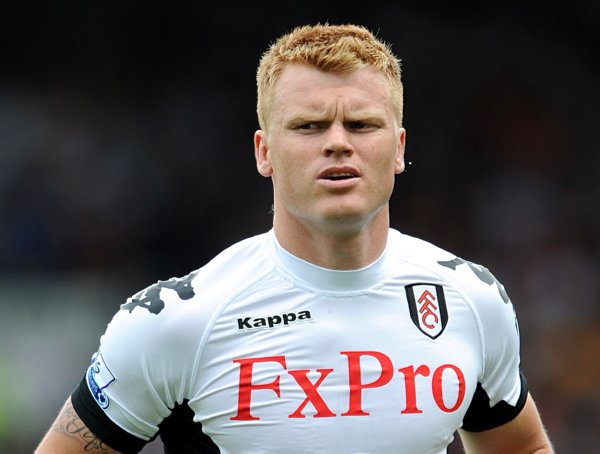 10. John-Arne Riise, Fulham: 35 appearances this season, with zilch 40-yard ‘RELEASE THE KRAKEN!!!’ blunderbuss goals to show for them. None. What a ruddy let down. 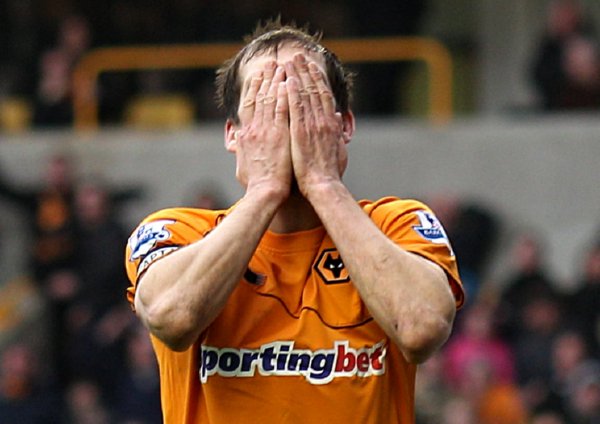 9. Roger Johnson, Wolves: A £5 million signing which was almost universally lauded by those in the know as being a bit of a bargain, Johnson was supposed to be the no-nonsense centre-half to coagulate Wolves’ shonky defence – indeed he was even installed as club captain upon arrival at Molineux such was Mick McCarthy’s optimism.

Instead, Rog mostly went missing as Wolves dissolved into mush over the course of the season, eventually being ousted from the starting line up and occasionally surfacing at training while still reeking of Kestrel Super. 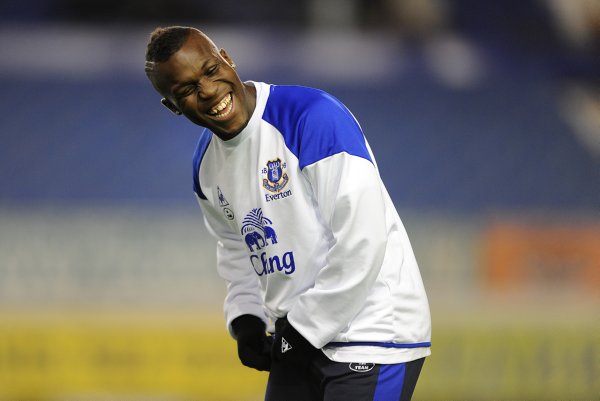 8. Royston Drenthe, Everton: Our real problem with Ricky Royston is that he’s very nearly a superb little player; one of those rare bunch who are capable of winning a game with a scintilla of inspiration, instinct, luck or combination of the three.

He could’ve been a real boon for Everton, whose diligent midfielders often tend to lack that veneer of spontaneity. Shame, really, that he apparently doesn’t want to know most of the time. 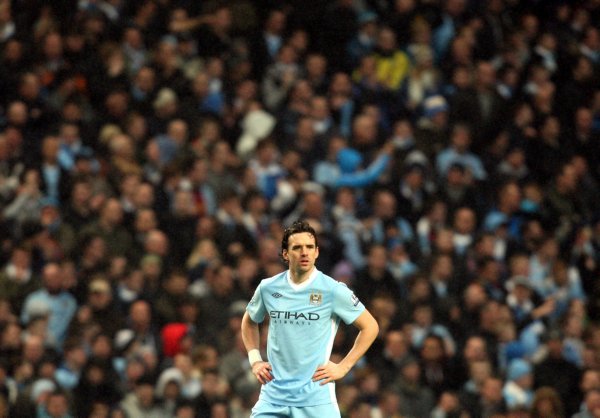 7. Owen Hargreaves, Man City: Given his previous, we don’t really know what we were expecting here, but after all the spandex-clad Youtube videos and defiant talk of ‘human guinea pigs’ we, for some reason (blame the Ribena), had envisioned a heroic resurgence at City for Señor Warm Camembert Knees.

A lovely goal on his debut against Birmingham in the Carling Cup had us all temporarily renewing our faith, but it proved to be little more than a mirage. Hargreaves is still the punchline.

We’re not overly sure how many appearances he’s made since, but Pies are fairly sure we could count them on the fingers of our right hand, and we lost two of ’em in ‘Nam.

Since January, he’s mainly been deployed as a human camera tripod (we’re not even joking) on the touchline at The Etihad and is almost certain to be released into the wild come the summer. 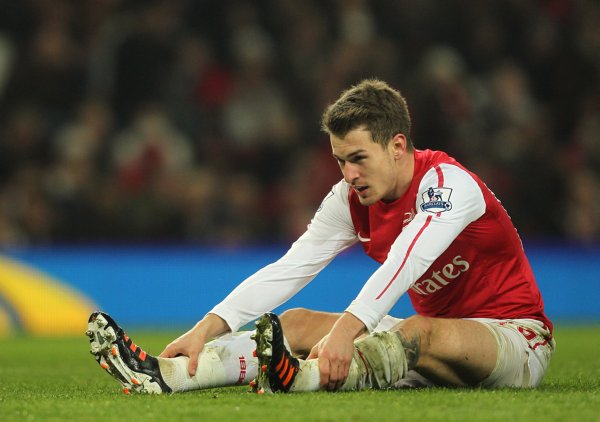 6. Aaron Ramsey, Arsenal: It’s been a year of ever-so-slight regression for the young Welsh midfielder, who has struggled to impress despite his main competition in the ‘future of Arsenal’s midfield’ stakes being crocked for the entire campaign.

We’re not saying Ramsey’s been awful by any stretch (the boos he began attracting from his own fans around April time were utterly pathetic), it’s just that he seems to have found it hard going this term for someone reason; looking ponderous and unsure of his role at times and putting in a few too many duff performances while not really progressing in any capacity. 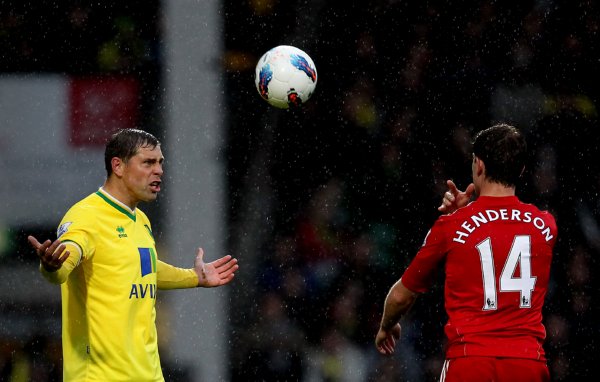 5. Jordan Henderson, Liverpool: There have been brief pools of competency but the bottom line is that Henderson has just not been good enough in his debut campaign to warrant his groaning £16 million transfer fee.  You just want a bit more bang for that kind of buck.

Lather, rinse and repeat for Stewart Downing and, to a slightly lesser extent, Charlie Adam – who has at least contributed something to the cause this term. 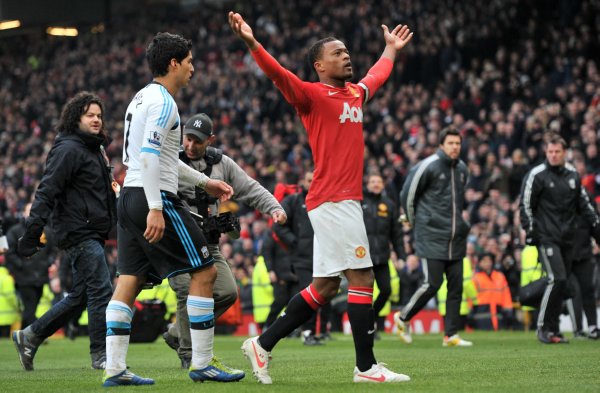 4. Patrice Evra, Man Utd: The sad fact of the matter is that Paddy’s a fading force at left-back for United. He’s definitely still got a couple of years left in him, but Sir Alex Ferguson desperately needs to find an able deputy to ease the burden on the 30-year old Frenchman. Fabio da Silva and Richie De Laet are not the men who should be entrusted with the mantle.

Gone are the days when he could burn past Ronaldo on the overlap then get back in position to nullify his opposing winger in one fell swoop – though he doesn’t quite seem willing to accept it yet, repeatedly getting caught upfield without the requisite lungs or legs to get back and rectify the situation.

Much like Giggs has done since passing 30 what seems like eons ago, Evra really needs to start thinking about modifying his style as his physical attributes begin to diminish. Too often have United’s defensive breaches been traceable back to him this season. 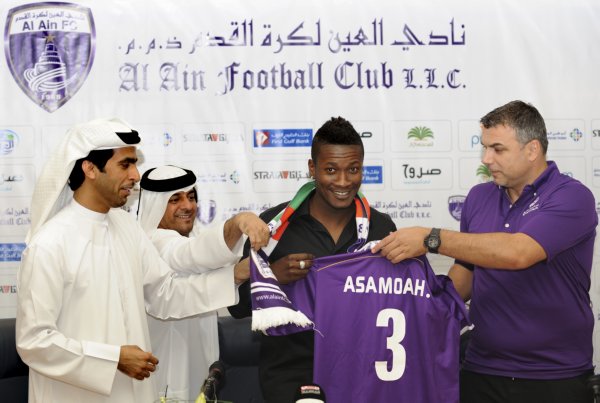 3. Asamoah Gyan, Sunderland: After sporadically thrilling for Sunderland last season, Gyan succumbed to the will of his parasitic advisers and chose to chase the coin – quadrupling his salary with a loan move to the footballing backwaters of the UAE instead of continuing plugging away at the top, having to win his place back in the starting line-up of a club he quite clearly felt were beneath him to start with.

Opportunistic mercenary, at the beck and call of his agents or just ‘not stupid’?  Hell, it’s his career, he can do with it as he pleases – the man’s got a charity foundation in Ghana to fund after all. Those things don’t come cheap.

Truth be told, he was always destined to leave Sunderland sooner rather than later, though you would’ve thought that, given how hard he’d worked to earn a move to one of Europe’s elite leagues both with Rennes and at the World Cup, he wouldn’t have given it up quite so readily. 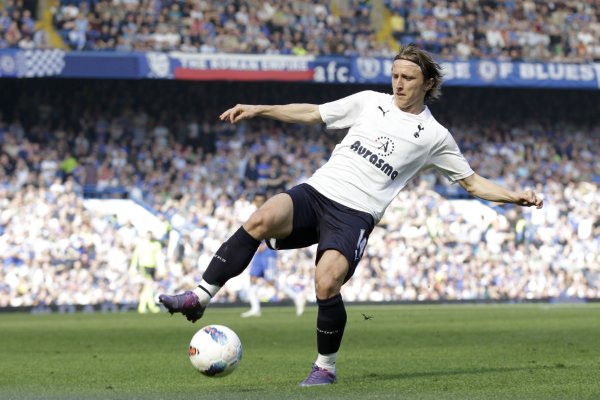 2. Luka Modric, Tottenham: As with several other of the ‘reliables’ that ‘Arry has run into the ground this season, the poor sod looks completely knackered and has done for several months now – never really acheiving the kind of golden form which he basked in last year. Modric has become a fixture in a midfield where he was once a fitting (that makes little-to-no sense and sounded so much better in our head).

At least he’ll have the summer months off to rest up and recouper…oh. 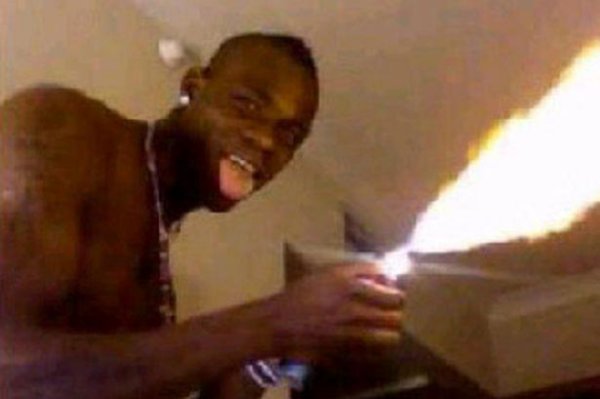 1. Mario Balotelli, Man City: You may well think that the City striker who pissed off to Buenos Aires on a five-month city break may be a more fitting candidate on a list of disappointments, but sadly it’s pretty much the kind of thing we expect from our Carlos.

Instead, City’s biggest disappointment has been ‘Mad Mario’, who is actually about as deranged and mercurial as a weekend playing Risk at William Hague’s house.

Balotelli just plainly hasn’t got the balance right yet. You can get away with the all the aloof posturing, the poker facing, the knowing conceit, the tempestuous ill-discipline and the ‘shoulder shrug’ goals if you’re still able to be a consistent asset to your side doing so. Only very fleetingly has our Mario been anywhere near this campaign.

Any disappointing buggers we’ve missed? Feel free to sound off in the comments box…