It’s gone by in the wink of an eye, but with Ukraine’s win over Sweden last night bought the opening round of group games at Euro 2012 to a close.

Here’s our select XI from the first eight games… 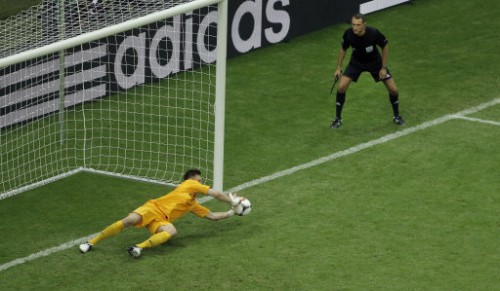 GK – Przemyslaw Tyton (Poland): Coming on to replace the red-carded No. 1 and then keeping the resultant penalty out with your first touch? That’s what’s known in the business as ‘pretty sweet’. 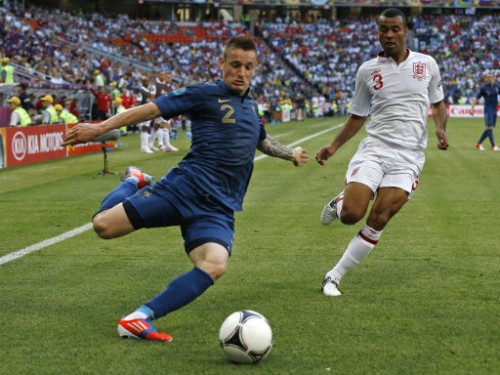 RB – Matheiu Debuchy (France): Debuchy’s been earning plaudits all season at Lille and it was immediately apparent why. A fashionable raiding full-back who is almost certain to land himself some fancy shcmancy new employers after the tournament. 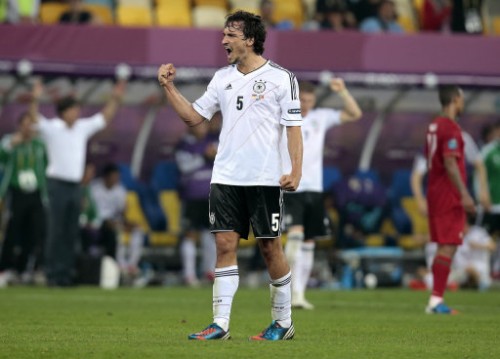 CB –  Mats Hummels (Germany): This guy is good, in fact we’ll even stretch to ‘damn good’. He’s come under a little criticism for being yet to really reproduce his regal Dortmund form for Die Mannschaft, but his stellar performance at the back against Portugal t’other night was a huge step in the right direction. 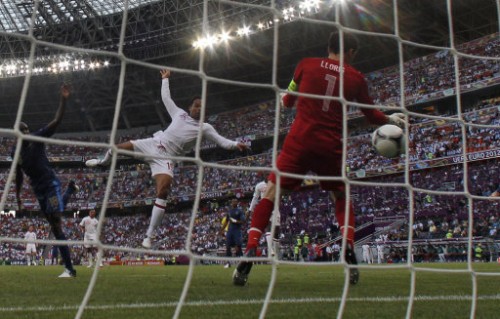 CB –  Joleon Lescott (England): People worry about Lescott, principally because he comes off as being a bit timid, but he was a colossus at the back for England against France – especially as things became increasingly fraught towards the end. Scoring his country’s first goal at a major tournament was also a nice touch. 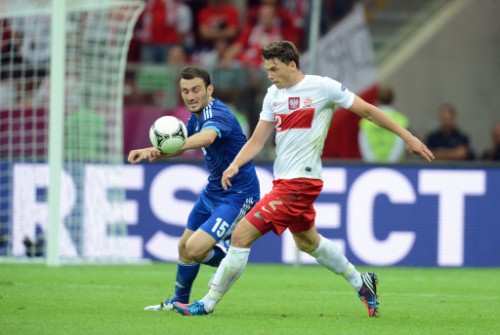 LB – Sebastian Boenisch (Poland):  As with Debuchy, versatile full-back Boenisch did most of his best work yomping forward, overlapping his winger all afternoon, providing wide support and looking like an all-round decent prospect. His work rate was high and unfaltering. 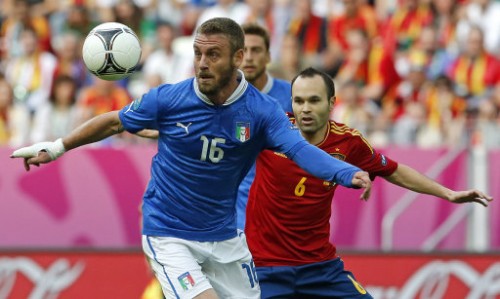 MF – Daniele De Rossi (Italy): We’re cheating slightly as he actually played as an ever-so-slightly advanced centre-half against Spain, but De Rossi was brilliant doing what he does best – making things bloody horrible for the opposition. The odd sleeves were a bit puzzling though. 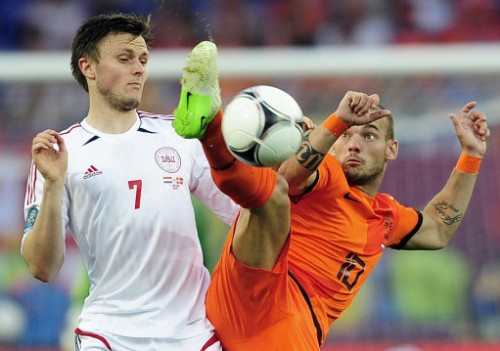 MF – Wesley Sneijder (Holland): Kept on putting things on silver platters for his strikers, only to see chances spurned like chance-spurning was going out of fashion. This pass was a thing of pure, untainted beauty. 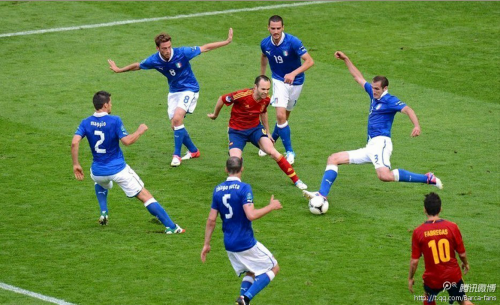 MF – Andres Iniesta (Spain): The best player on the pitch by a googoltrillion miles during Spain’s 1-1 draw with Italy. 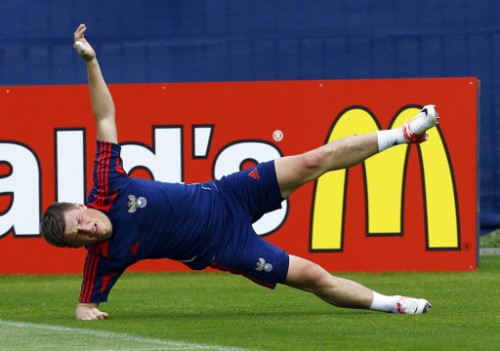 FW – Andrey Arshavin (Russia): The best we’ve seen him play for years, Arshavin was pulling strings all night in Russia’s 4-1 thumping of the Czech Republic – angling cute through-balls hither and thither for others to profit from. Wonderful to watch and just pips two-goal Alan Dzagoev to the punch. 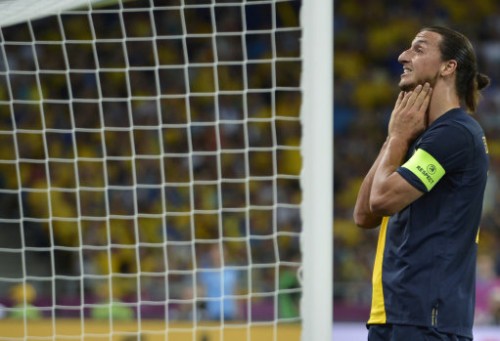 FW –  Zlatan Ibrahimovic (Sweden): Nuts to those (largely English meeja types) who continue to dismiss Zlatan’s ability – he was immense against Ukraine in his new deeper-than-usual role for the national side. Stronger than adamantium-reinforced concrete, he never lost possession once, even when it was being played in to him at neck-height – though we’ll conveniently choose to overlook the lashed shot that screwed out for a throw-in. 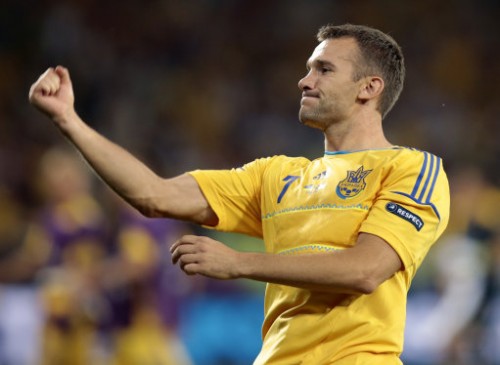