Taking into account both pre-tournament expectations and performances therein, here’s our XI of the biggest flops, bumberclarts and turgid let-downs from the group stages of Euro 2012… 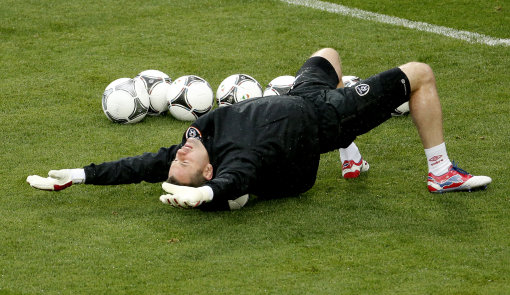 Shay Given (Rep. of Ireland): Poor Shay. We all know he’s a damn fine ‘keeper, but a combination of injury and having one of the most thankless tasks at Euro 2012 saw him filing a shocker at the last major international tournament he’s likely to play in. Made a smattering of decent saves, but botched the basics. 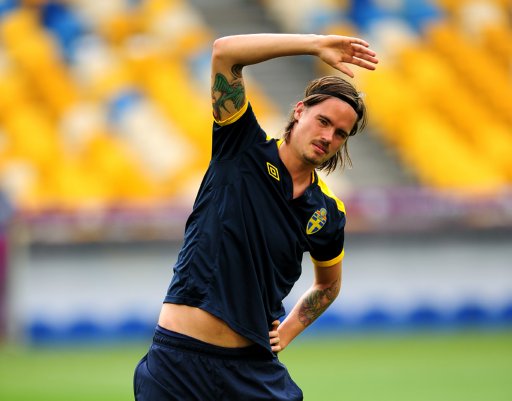 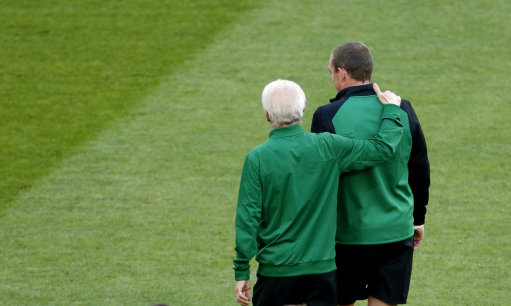 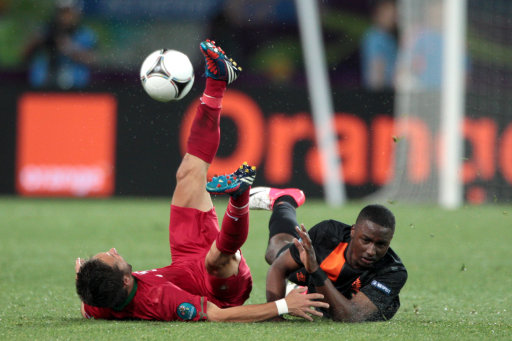 Jetro Willems (Holland): So much for our wild card pick. Only in the squad because of injury elsewhere, Willems looked woefully out of his depth and overly-eager to impress in possession – chucking out superfluous step-overs willy nilly like a worldwide ban had just been lifted on superfluous stepovers. His positioning was dire and looked incredibly skittish, both with and without the ball. 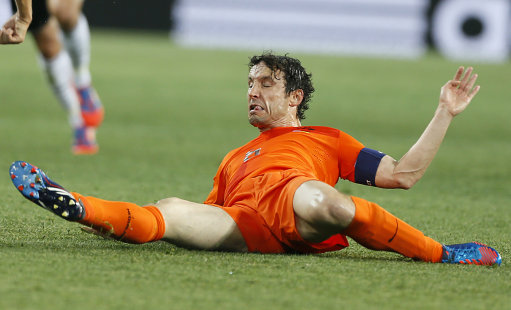 Mark van Bommel (Holland): There was absolutely no need for Holland to take to the field with two regressive midfielders at this tournament, which quickly became apparent against Denmark. Alongside the more mobile Nigel de Jong, Van Bommel looked tired and unable to provide the same kind of barely legal harassment (ahem) that served his country so well in South Africa two years ago. As soon as the Dutch were jettisoned, Van Bommel did the decent thing and announced his retirement from international football to spend more time with the coach’s family. 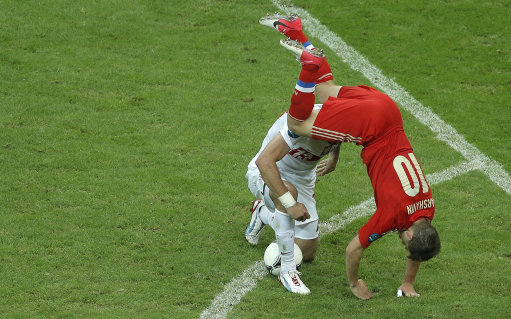 Andrey Arshavin (Russia): His sparkling contributions against the Czech Republic on the opening day saw Arshavin make our ‘Team of Round One’ but in the subsequent matches against Poland and Greece he was the square root of bobbins. Looked like he couldn’t be arsed in the slightest. 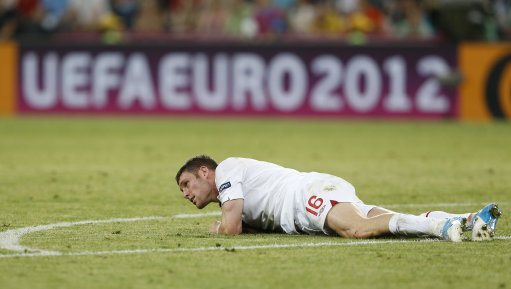 James Milner (England): We’re loathe to hop aboard the ‘Milner is garbage’ scapegoating bandwagon as he’s patently a perfectly serviceable player. He’s just a bit dull is all. Our gripe is this: How many other international sides select their wingers based on how much earnest graft they’ll get through? ‘None’ is the answer. Sorry Jimbo, but as far as England are concerned, you’d definitely be better off in the middle… of the sub’s bench. 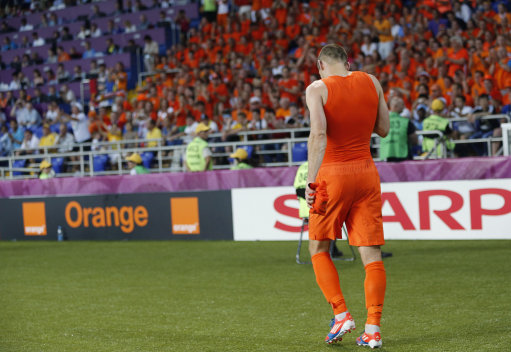 Arjen Robben (Holland): Whenever the issue of Dutch in-fighting comes to the fore, one instantly assumes that the most precious little ballerina in the whole, wide world is at the crux of the problem. Provided little of note despite playing for 263 of the full 270 minutes and, to top it all off, could be heard audibly telling coach Bert van Marwijk to ‘shut up’ during Holland’s clunky defeat against Portugal. What a star. 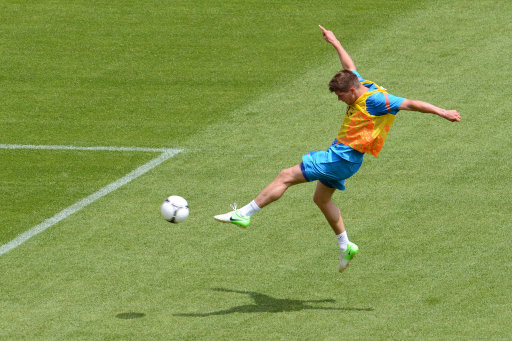 Klaas-Jan Huntelaar (Holland): The problem with Huntelaar is that he’s almost completely stationary and only thrives when plied with a continuous source of close-range chances. In a Dutch side struggling to chisel out anything at all, he was an absolute waste of space – failing to hold on to anything played into him and never even coming close to looking like scoring. 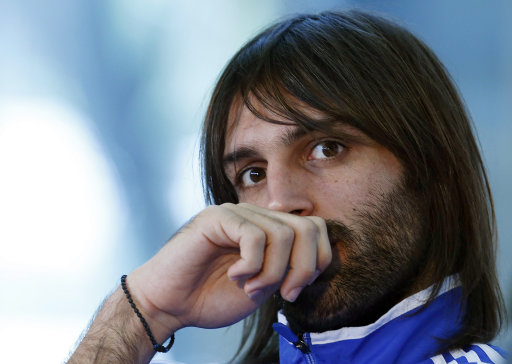 Georgios Samaras (Greece): Sorry, but we just don’t get it. 57 caps. Fifty. Seven. Samaras became the punchline at Man City for his awkward, goal-shy ambling and, four years on down the line, he’s no better yet is somehow still a fixture in the Greek national side. He’s scored four international goals in the last three years.  What is it that he’s supposed to be any good at? 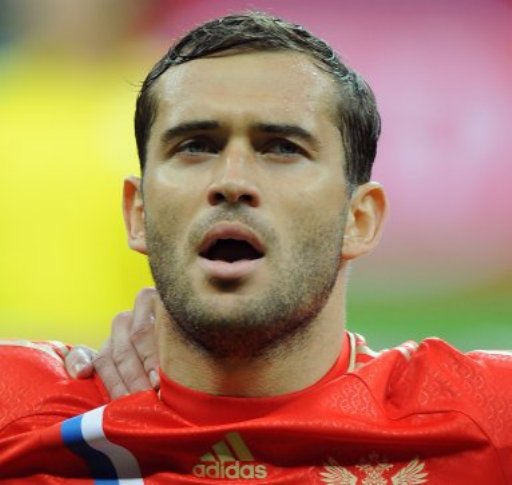 Aleksander Kerzhakov (Russia): Didn’t manage to get a single one of his 14 shots (or 15, depending on your choice of statistician) on target. Dick Advocaat’s baffling loyalty to the misfiring Zenit man has been cited by many as one of the key reasons that Russia flunked – especially with Roman Pavlyuchenko managing to score and assist during his 15 minute run-out in their first game against the Czechs.

Right, that’s us done and dusted. We want to see your Group Stage Worst XIs now. You know the drill…