With 820 club appearances, 120 international caps for Brazil and 23 trophies to show for himself including a World Cup and three Champions Leagues, legendary Brazilian left-back Roberto Carlos and his bulging rhino thighs have called time on their career this morning at the grand old age of 39 in order to ‘move upstairs’ and become Anzhi’s director of football.

No doubting that he was a fantastic player in his pomp, but we always feel the application of the word ‘legendary’ seems more apt than usual when it comes to Carlos. He essentially built himself a reputation on the back of one freak freekick (Le Tournoi). You can count the number of excellent set-pieces he scored on the fingers of one hand, while the sum total of piledrivers he sent into the ether or square into defenders’ ribcages are altogether more numerous. Ah well, it’s not like he was complete pony elsewhere on the pitch, now is it?

Was he the greatest left-back of the modern era? It’s certainly debatable (we’d plump for Maldini every time), but he’s definitely up there in the running. An excellent player with the heaving medal collection to back it up.

To mark the wee man calling time on his playing days, here’s a few fine photos of him in his younger days… 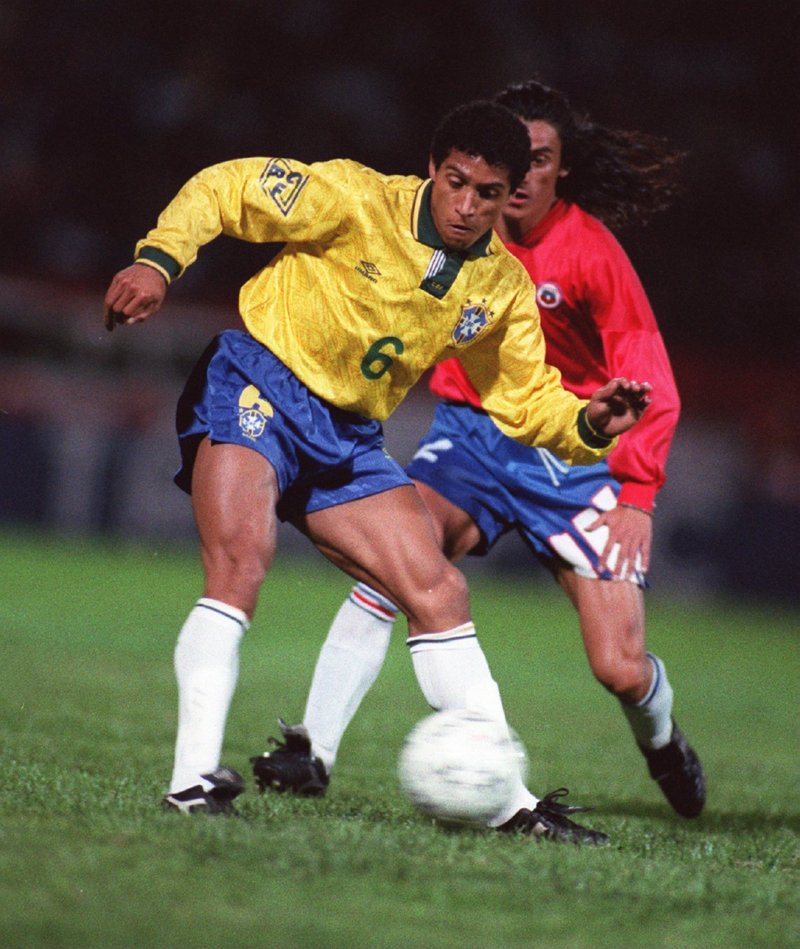 Roberto Carlos makes one of his first appearances for Brazil, 1993

And while we’re here, let’s throw in the ‘impossible goal’ against Tenerife back in 1997/98…