With the Community Shield done and dusted and Manchester City already a trophy up on everyone else, you know it’s getting close – there’s ripples in the jelly and velociraptor breath condensing on the kitchen doors.

Not that football ever actually goes away these days, but the new Premier League season is almost upon us – basically, you’ve got five days to say your goodbyes to your loved ones and family, source your cheap football shirts and re-calibrate your arse indentation on the settee.

So, without further ado, we simply must make our famously lousy predictions for 2012/13. Once more into the breach we go dear friends… 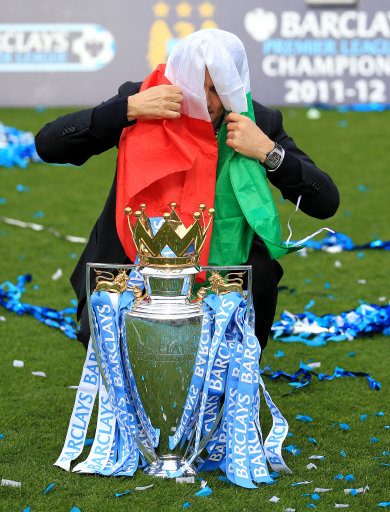 1. Man City to walk the title: In relative terms of course. Being as though they won it by the breadth of a gnat’s danglies last year, we reckon City are on course to open up a chasm between themselves and whoever washes up in second this season. Dare we be so bold and predict that there may be as much as three or four whole points in it. 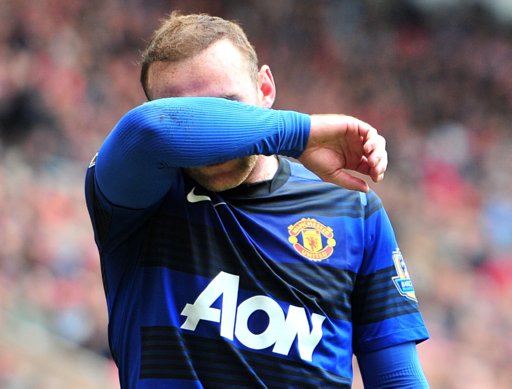 2. Top four will be: Man City, Man Utd, Arsenal, Chelsea – in that order. Same old, same old. Slightly lower down in the rankings, we reckon Liverpool will get their scheiβe together and finish sixth behind Tottenham. 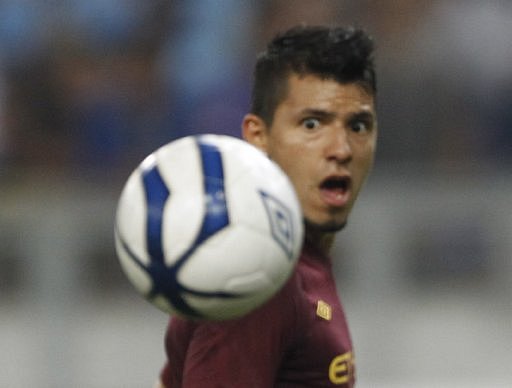 3. Sergio Aguero to finish top scorer: With RVP all jumbled up and unlikely to reach the peaks of 2011/12 and Wayne Rooney’s well always likely to run dry for eight months at a time, we envisage Carlos Tevez and Sergio Aguero running amok in the scorer’s charts – with Kun sailing toward the 30-goal mark. 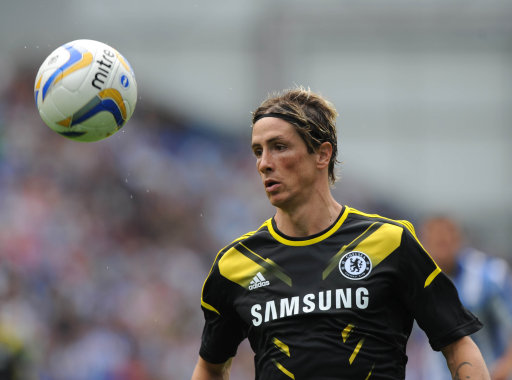 4. Fernando Torres to get back in the saddle: We know we made this exact same prediction last season, but we’re sticking with it. Being as though the imposing presence of The Drog is out of the way and with a place at the apex of Chelsea’s attack almost guaranteed by default, we think Torres is due the kind of goal tally that will hopefully put a few fingers on lips. Again. 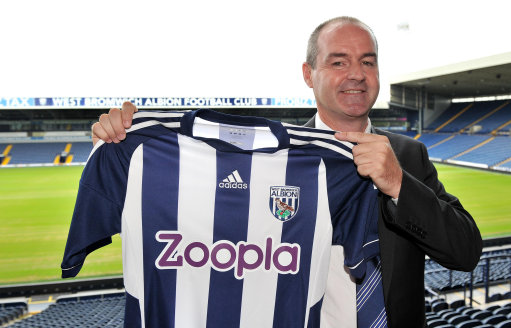 5. First ‘managerial casualty’ will be: Got a feeling in our waters that it’ll be Steve Clarke at West Brom, though we suspect that he’ll probably have his services retained as an assistant/coach when Alex McLeish is appointed and ticks off another club on his strange pilgrimage around the West Midlands. 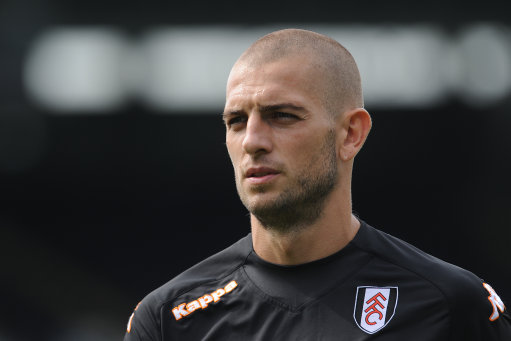 6. Mladen Petric to be a decent Dream Team pick: Not that we wish to toot our own horns (who else is going to?) but starting with a flukey gamble on Amr Zaki back in 2008/09, Pies have maintained a fairly good record of rooting out a cut-price striker who hits the ground running and bundles home a clutch of early goals. This year we’re picking Fulham freebie Petric; an underrated poacher who’s just obscure enough not to command a silly price tag in the Dream Team stakes. 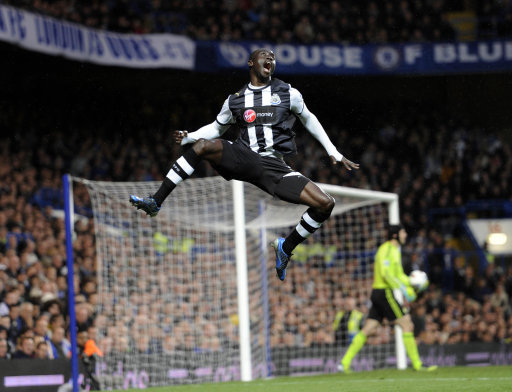 7. Newcastle to struggle to match 2011/12: Let’s face it: Newcastle were great last season, and have somehow managed to retain the players that made them great largely thanks to contract clauses aplenty. However, it’s little more than a hunch, but we just have a sneaking suspicion that a better-than-expected Europa League run may cost them on the domestic front. They’ll still bob around in the top half of the table, but without nearky as much pizzazz as last year. 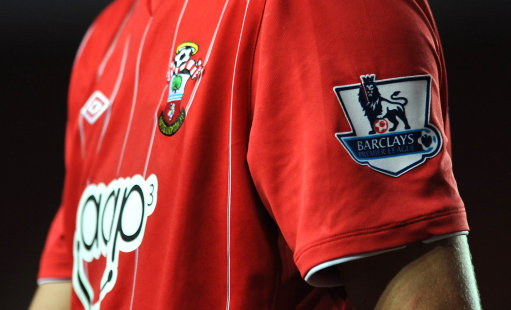 8. Southampton to ‘do a Hull/Blackpool’ divebomb act: Come screaming out the blocks, top three until October, 12th by Christmas and relegated by goal difference on the last day of the season, going down in a blaze of glory. One thing we’ll tell you right here and now: While many are touting Ricky Lambert for a ‘Grant Holt’-style season; battering the ever-lovin’ plop out of Premier League defenders and keeping the Saints afloat with his goals – we’d advise a bit of caution. He may have scored shed loads in the Championship but he’s not nearly as dynamic as Holt, and that really is saying something. 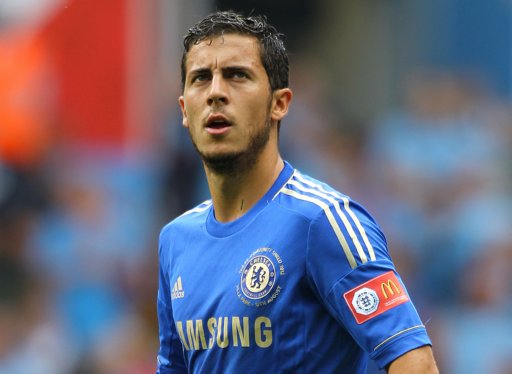 9. Eden Hazard to flop like a paralysed trout: Have Chelsea have paid through the nose for a trendy name and a few Youtube step-overs? No, not really – Hazard’s an enticing young scamp – but the fact that the clamour for his signature (at that price) was barely audible is telling. He’s just not *that* good – not yet, at least. To keep going with the fish metaphor, Hazard was a grande poisson in a small pond at Lille. Being a £32 million tiddler at Stamford Bridge may take a bit of getting used to for him. 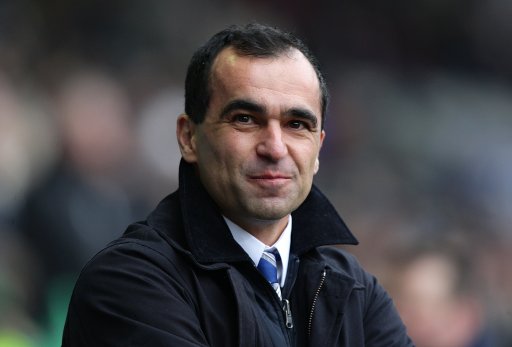 10. The three going down will be: Southampton, Norwich and Wigan. Yep, 2012/13 will finally be the year that Roberto Martinez’s luck runs out. You heard it here first.

So, there you go my good people. Any fearless predictions of your own you’d care to share with the group? Fire away…