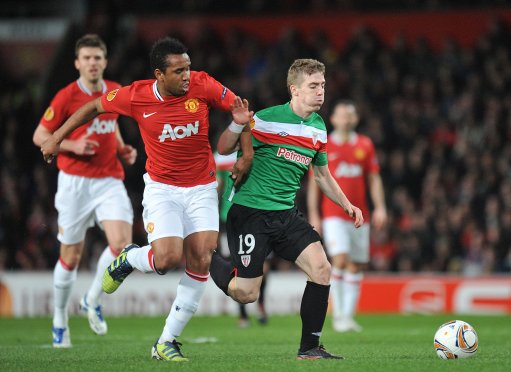 1. Anderson, Man Utd: He scored a real beaut in a pre-season testimonial on Tuesday night, but it’s fair to say that United are yet to get their money’s worth out of the oft-doughy £17 million Brazilian. He’s been at Old Trafford for five seasons now and his impact on the first-team can be politely described as ‘minimal’. Less politely, he’s never really looked particularly convincing at doing anything much – largely down to a never-ending cavalcade of injuries. Season six may be his last if he doesn’t finally start mucking in. 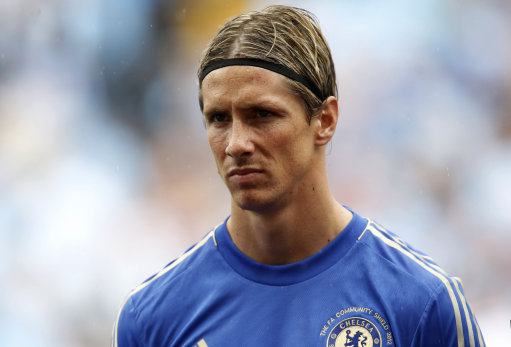 2. Fernando Torres, Chelsea: Torres’ game has mutated over the last few years. Instead of the dynamic, one-eyed goal terrier they thought they were buying, Chelsea spunked £50 million on a timidly earnest pit pony. With the spectre of Didier Drogba finally vanquished to the East, Torres needs to actively lighten up both his mindset and his workload and start playing like an out-and-out number 9 again or risk forever being El Punchline-o. 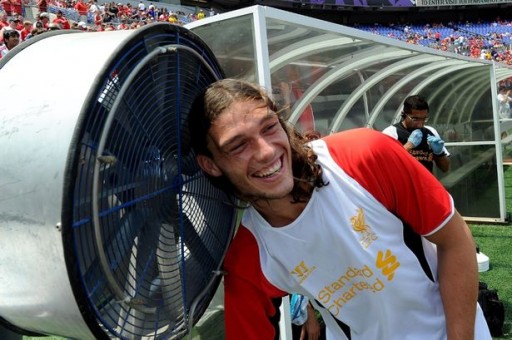 3. Andy Carroll, Liverpool: It’s a lonely life, but Pies are staunch advocates of Carroll. It ain’t pretty and it certainly ain’t easily quantifiable, but what he does, he does phenomenally well. He can be truly devastating if used correctly, i.e, by slinging attackable balls in at his head, not his hooves. With Brendan Rodgers favouring the slick and deft, Carroll is likely to find himself as ‘Plan B’ at Anfield this season so he’ll need to make his minutes on the pitch count – especially if he doesn’t want to wash up at Big Sam’s feet in the near future. 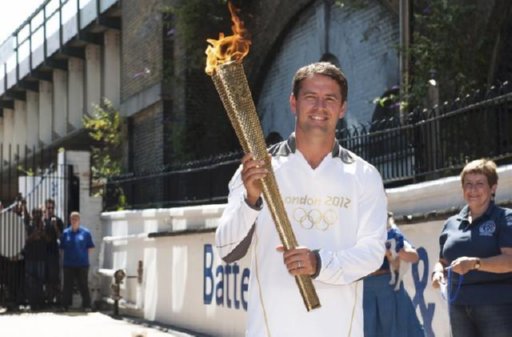 4. Michael Owen, Free Agent: Call it misplaced confidence if you must, but there’s a gut feeling shared by many that Owen could just sneak one last decent season in the Premier League. He’s 32, fit, sort of willing and sort of able, with a 10-15 goal haul at a mid-table Premier League side not quite beyond the realms of fantasy – though we’ve heard all that before, not least in his self-produced ‘So You’re Thinking About Buying An Owen?’ brochures. That said, another ten months of consecutive hamstring tweaks and groin twangs could see him put out to pasture for good. 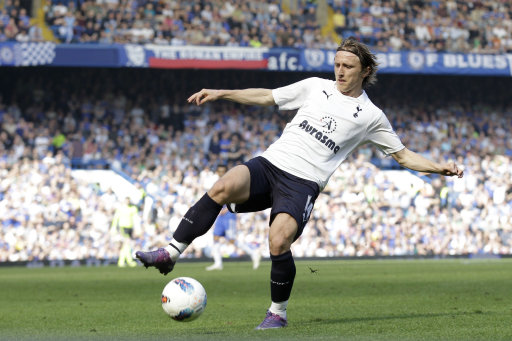 5. Luka Modric, Tottenham: Assuming Real Madrid do eventually find £40 million down the back of their settee and take sulky Modders off Tottenham’s hands before September 1st, the Croatian midfielder will have it all on to prove that he possesses the minerals to back up two straight summers of pissing and whining about being entitled to play at the apex of club football. It’s not like he’s just going to coast into that Madrid midfield and stay there, now is it? If he’s left to stew at Spurs, it goes without saying that at least the first six months of 2012/13 are going to be pretty miserable for Little Luka. 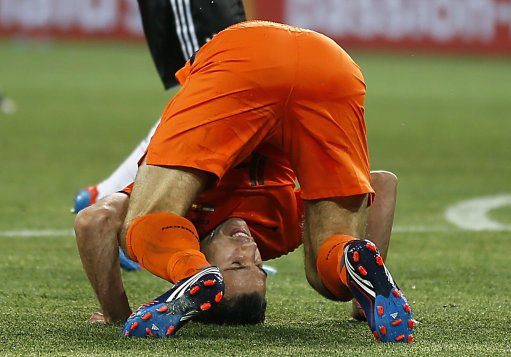 6. Robin van Persie, Arsenal: There are already jokes circling about Van Persie failing his Man United medical after doing his back in carrying Arsenal for years, but it’s worth remembering that the only thing the Dutch striker actually carried for the majority of his time in North London was a pair of crutches. One-and-a-half great seasons do not a great player make and Van Persie could very easily attain ‘flop/one-season wonder’ status if he struggles to replicate his impeccable scoring feats over the course of the past 18 months – wherever he may end up. 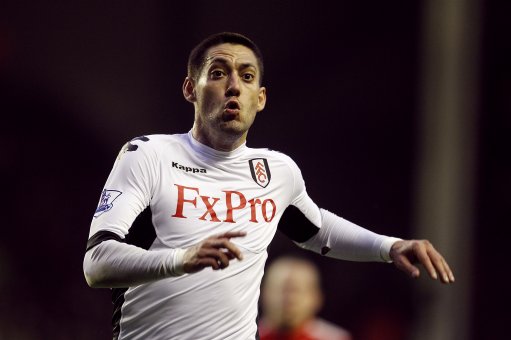 7. Clint Dempsey, Fulham: Now, scholars of the game will no doubt be keen to remind you that Dempsey is quite good at this football malarkey, but we all know the real reason Liverpool are chasing him so feverishly: With 2013 being the 25th anniversary of the Anfield Rap, Liverpool are naturally keen to get Deuce on board to re-record a new version. It’s so obvious. Bruce Grobbelaar, John Aldridge, Steve McMahon; those are some mighty big shoes to fill in the Hip Hop world. Pressure’s on BOYEE. 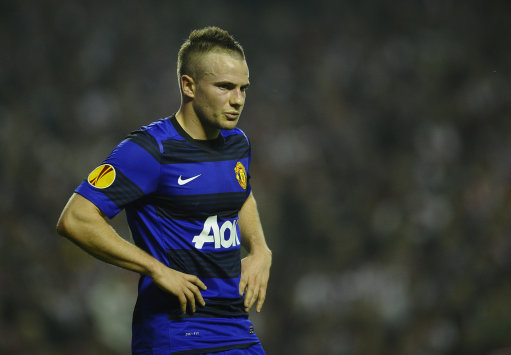 8. Tom Cleverley, Man Utd: A good little player no doubt, but we’re still not quite convinced that Cleverley is *that* player; the central hub that United need to pep up their antiquated midfield. Perhaps ‘make or break’ is a bit strong – especially as including Cleverley’s name in the same sentence as the word ‘break’ will have many United fans breaking out in hives – but it’s definitely going to be a biggy for the lad, with the 23-year old looking set to be entrusted with an incredibly weighty mantle. 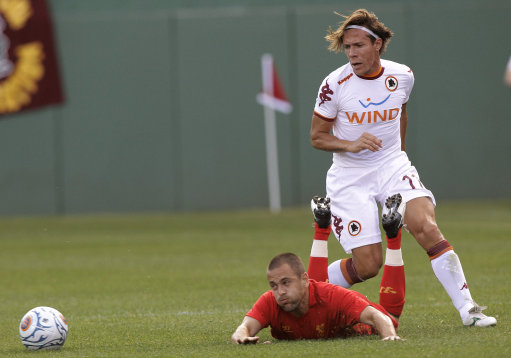 9. Joe Cole, Liverpool: The general consensus in England seems to be that Coles’ time in Lille last season was a rip-roaring success, though those a little closer to the nub will probably give you a slightly less emphatic take on it. After a fair few promising early performances, Cole bottomed out after a while and struggled with his endurance – becoming a ’60 minute man’ (either coming off or coming on on the hour mark). Sound familiar?

Seen as a broken toy, keeping 30-year old Cole on the books is not one of Liverpool’s priorities. He’s already struggling with pre-season injuries and word is that QPR are going to make a sneaky bid before the transfer window closes, but another year spent huffing and puffing in the doledrums could be disastrous for England’s most ‘Latin’ player. 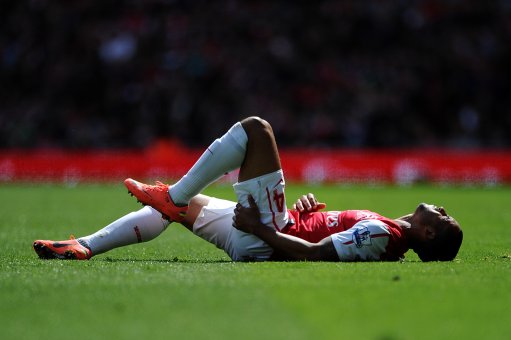 10. Theo Walcott, Arsenal: With every passing season Walcott edges toward the point where we have to stop saying “remember, he’s only 19/20/21/22/23” and begin entertaining the notion that we may just have another Shaun Wright-Phillips on our hands here.

Any more for any more? Agree/Disagree with any of our picks? Feel free to chip in down below…