Who’s caught Pies’ discerning eye in the early rounds? Read on (in no particular order)… 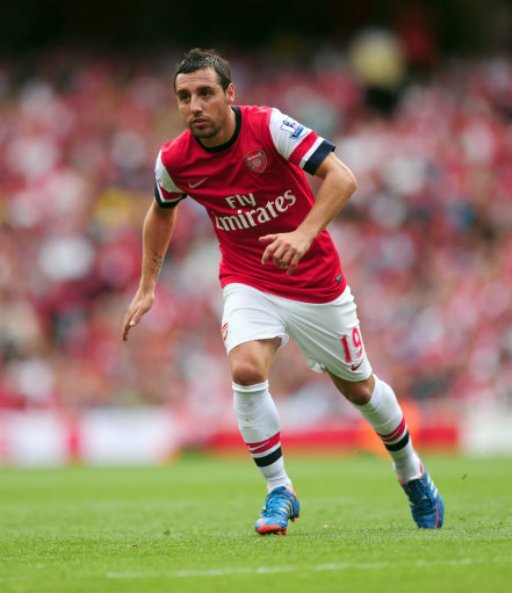 1. Santi Cazorla, Arsenal – We (like most others) knew the little bugger was going to be great anyway, mainly as he’s a cracking little player, but Cazorla has settled straight in at the Emirates – going about his business, making things happen from his role as the hub and crux of Arsenal’s attacking intentions. 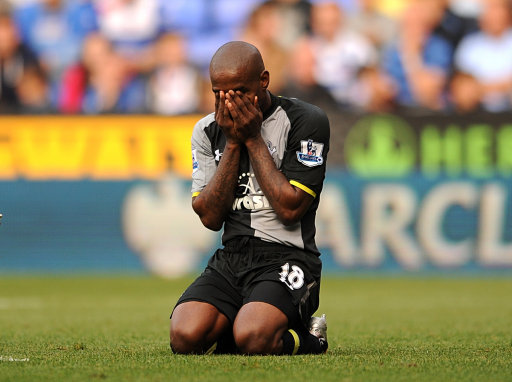 2. Jermain Defoe, Tottenham – Defoe’s titchy 5’5” frame isn’t exactly the first image that springs to mind when you picture a ‘lone frontman’ in your mind’s eye, but the wee chap’s been defying conventions all over the shop of late (scoring 8 goals in the last 9 Premier League games in which he’s played the full 90 minutes) despite Spurs’ lolloping start to the season. 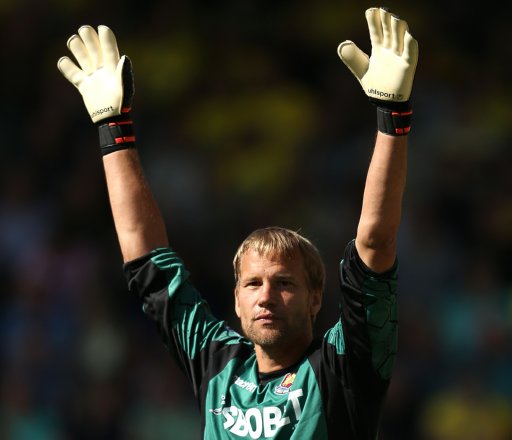 3. Jussi Jaaskelainen, West Ham – Gawd bless ‘im. Just when it looked like he was being readied for a one-way trip to the footballing glue factory, Jussi finds new life in East London.The man just keeps on keeping on. Jaaskelainen’s creaking Finnish knees have been in fine form betwixt the West Ham sticks during the early exchanges, with the 37-year old stalwart putting in a hell of a performance against Norwich at the weekend – the club he came within a mosquito’s danglies’ width of signing for when he first came to England 15 years ago. 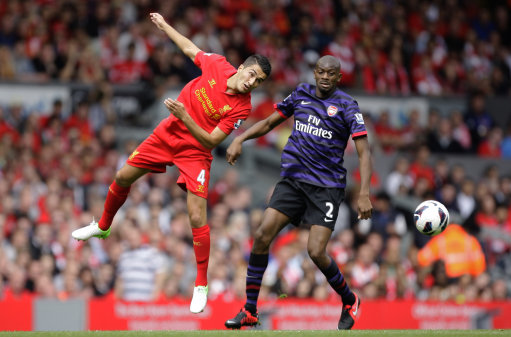 4. Abou Diaby, Arsenal – Sweet Jesus, if only he could stay fit for more than a week at a time Diaby would have almost definitely left Arsenal for Barcelona or Real Madrid a long time ago (that’s how these things work, right?). The gangly Frenchman has managed three games so far this season and looked – and we do not say this lightly – positively Vieira-esque in the Gunners’ 2-0 win at Liverpool, maneuvering the ball with beautifully fluid ease, only to go and suffer yet another niggling knee knack while away on international duty the week after. 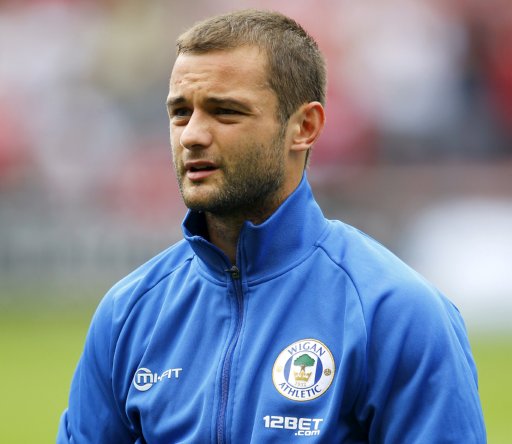 5. Shaun Maloney, Wigan – Coming into the season on the back of an impressive tail end to 2011/12, Maloney has picked up where he left off for Wigan and obviously thrives on the confidence Roberto Martinez has in him. Another little guy with a low centre of gravity, quick feet and a keen eye for a nifty pass in and around the area. 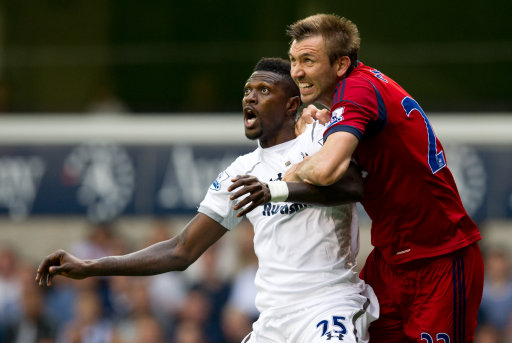 6. Gareth McAuley, West Brom – After picking him out as a solid bargain buy last season, the more we see of McAuley, the more we appreciate his consistency. Not flashy by any stretch, the spindly 32-year old Northern Irish defender just gets his afternoon’s work done properly with no flouncy airs and/or graces – clearing his lines and winning the world in the air. Barely ever puts a foot wrong, which is just about all any manager could want from his centre-halves. 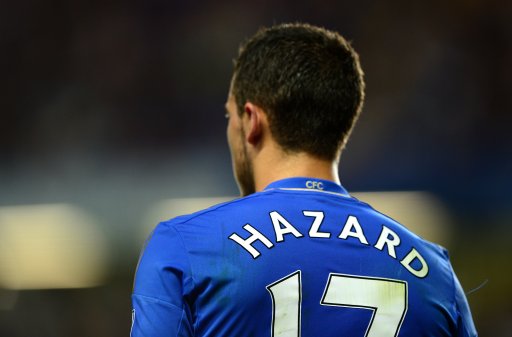 7. Eden Hazard, Chelsea – Hands up, we had Hazard pinned to bomb in the Premier League as we foresaw that his penchant for the hammy amateur dramatics would see him ostracised. Not so, and with his swan-diving curtailed, Hazard has been electric for Chelsea – proving a couple of goals, a rich stream of assists and some excitingly penetrative wing play in his first few games. That’s right, ‘penetrative’. Stop smirking. 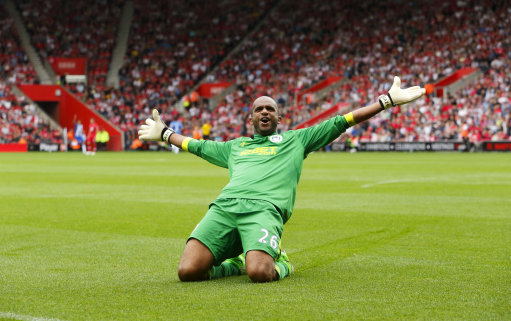 8. Ali Al-Habsi, Wigan – A fine shot-stopper with the reactions of a paranoid housefly, Al-Habsi is a joy to watch when he hits his stride, single-handedly repelling the big boys after they twinkle their way through the Wigan backline. It’s makes us a little bit uneasy to think about how much we love this man. 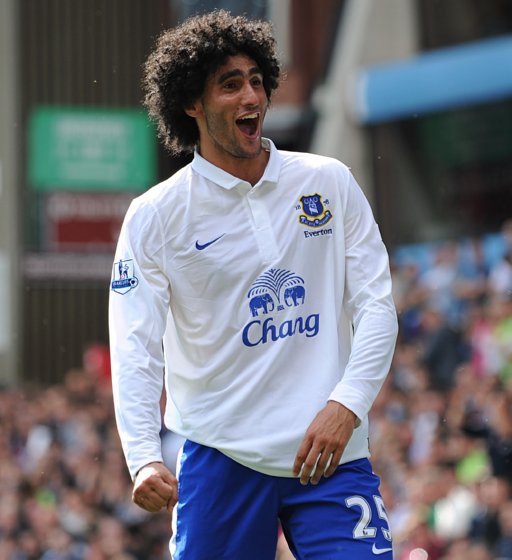 9. Marouane Fellaini, Everton – Everton as a collective have been incredibly impressive so far this season, especially considering that they have an infamously natty knack of giving every other side in the league a five-month headstart, but Fellaini has been, quite literally, head and shoulders above the rest. The big Belgian brute’s attributes are obvious to all, and best summed up by attempting to imagine what an absolute nightmare he must be to play against. 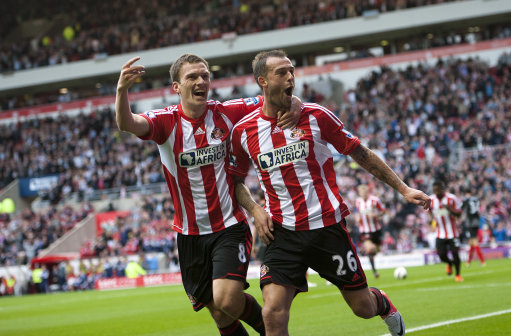 10. Steven Fletcher, Sunderland – People balked in unison when Sunderland fluffed £12+ million on Fletcher back in August, with the general consesus appearing to be that he was nothing more than a ‘tap-in merchant’ – which is precisely the point. He’ll never do anything spectacular, but ten tap-ins a season equates to a potential 30 points on the board. Simple as that.

What do you reckon Pies fans? Who’s buttered your parsnips in the first four?