With the news that Samuel Eto’o is currently in the process of launching a comic book about his humble beginnings on the streets of Douala and his meteoric rise right through to his current status of ‘vastly wealthy malingerer’, we thought we’d have a little look at football’s other gifted-ish scribes (and we’re not talking crappy ghost-written autobiographies here).

Let’s start where we mean to begin… 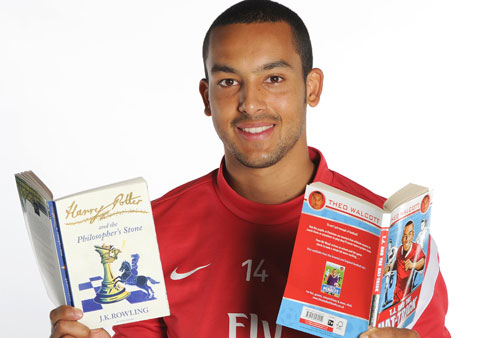 10. Theo Walcott: Theo has co-written a series of children’s books about a young player names T.J who under-performs for years then has the temerity to bitch and whine about playing through the middle so many times that his PE teacher eventually caves in, lets him play wherever he bloody well wants and agrees to shovel £85,000-a-week into T.J’s bank account for the privilege. Something like that anyway. 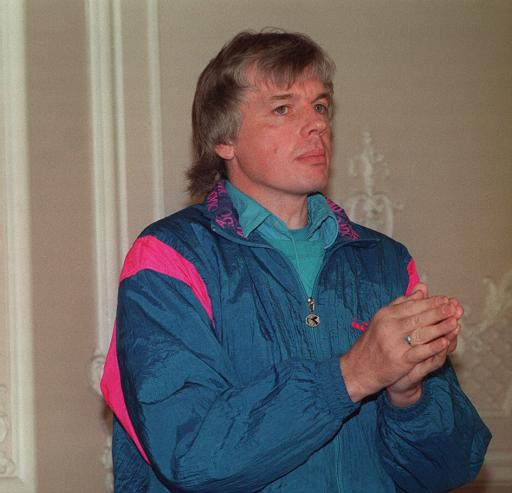 9. David Icke: The former Coventry goalkeeper spent the 1980s putting together a thesis about giant lizards living in caverns at the centre of the earth. Sadly, it was intended to be non-fiction. So far Icke has penned 16 books, mostly about the Illuminati, 9/11 and ‘mass mind manipulation’. 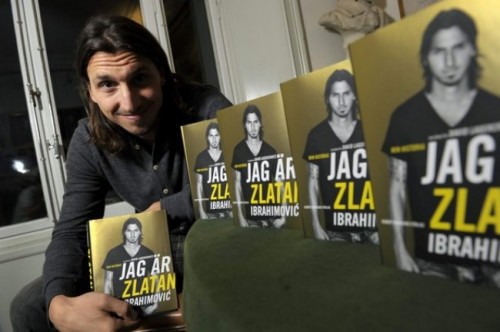 8. Zlatan Ibrahimovic: Okay, so ‘Jag Är Zlatan‘ is pretty much an autobiography, but the standard of prose is far beyond the usual dross: “Guardiola was staring at me and I lost it. I thought ‘there is my enemy, scratching his bald head!’. I yelled to him: ‘You have no balls!’ and probably worse things than that, “You are shitting yourself because of Mourinho. You can go to hell!’” 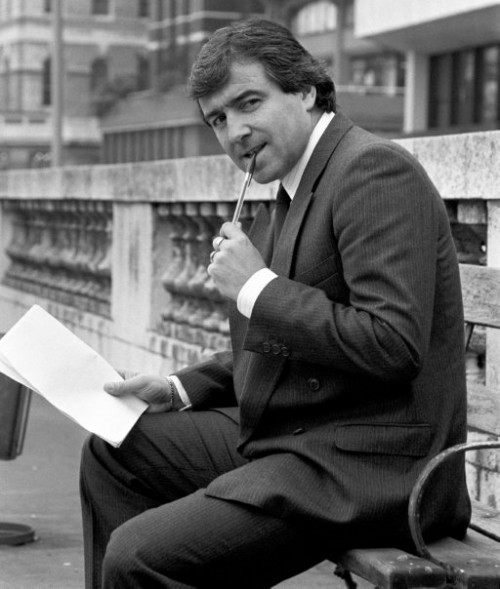 7. Terry Venables: As well as being a peerless soul crooner, El Tel once co-wrote a book called ‘They Used To Play On Grass’ in 1970 while still a QPR player, the blurb of which reads: “In this story, manager John Gallagher is rocked by a fresh threat to his dream, three days before one of the biggest matches in soccer history.” Sounds like a real page-turner. 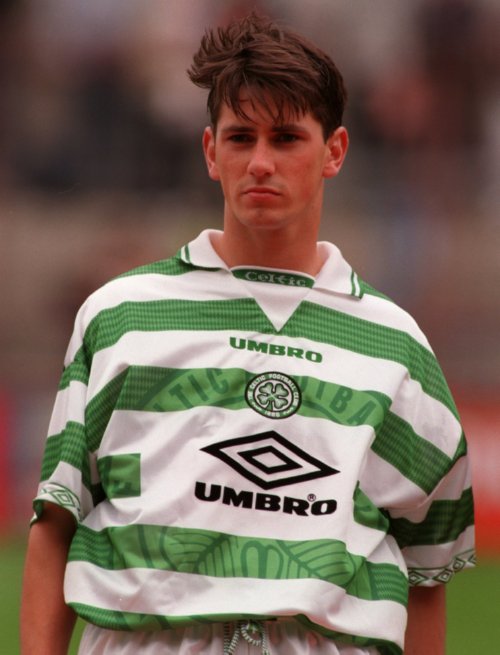 6. Jackie McNamara: The former Celtic right-back wrote a pilot script for a sitcom called ‘The Therapy Room’ about a Premier League side who use a video booth to air their gripes about one-another. As far as we know, it is yet to be picked up. 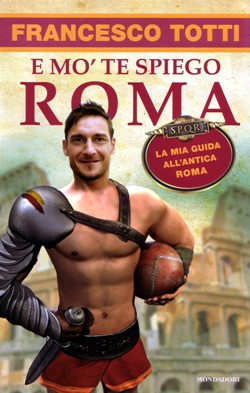 5. Francesco Totti: Wanting to educate his foreign teammates about the beauty of the Eternal City, Totti wrote his very own tourists’ guide to Rome – ‘E Mo Te Spiego Roma’/’Let’s Talk About Rome’ – which featured 144 pages of “history, mythology, monuments, traditional cuisine and the idioms of the Romans, as seen through Totti’s eyes and told with irony and humour,” as well as the rather splendid cover you see before you. 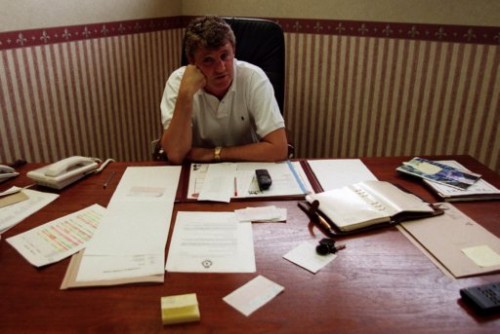 4. Steve Bruce: Unlikely as it may seem, Bruce wrote a trilogy of football books while managing Huddersfield Town – ‘Defender!’, ‘Striker!’ and ‘Sweeper!’ – whose central protagonist is none other than ‘Steve Barnes’, manager of the fictional ‘Leddersfield Town’. Where did he get his ideas? Unfortunately, the books were rife with grammatical errors, inconsistent character names, bizarre plots and terrible clunky prose – with Bruce himself describing them as “ludicrous”. 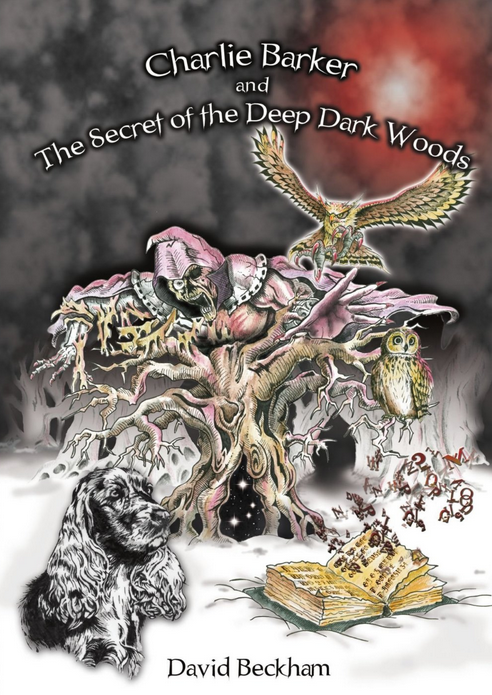 3. David Beckham: Hands up, we were completely unaware of Beckham’s contribution to the English literary canon, but ‘Charlie Barker and the Secret of the Deep Dark Woods’ is apparently a thing. We’re still not overly confident that the David Beckham had anything to do with it, but the name on the cover would appear to suggest otherwise. 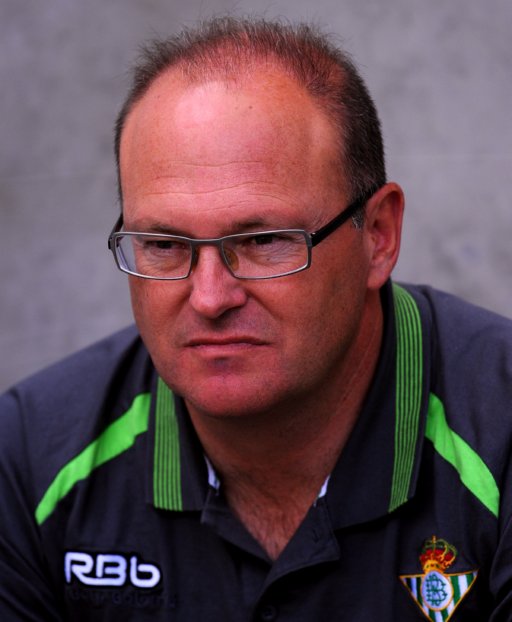 2. Pepe Mel: The Real Betis coach has written a mystery novel called ‘The Liar’ which revolves around an antiques dealer who clashes with The Vatican in his quest to retrieve stolen religious manuscripts – think: ‘Lovejoy’ meets ‘The Da Vinci Code’ and you’re pretty much there. 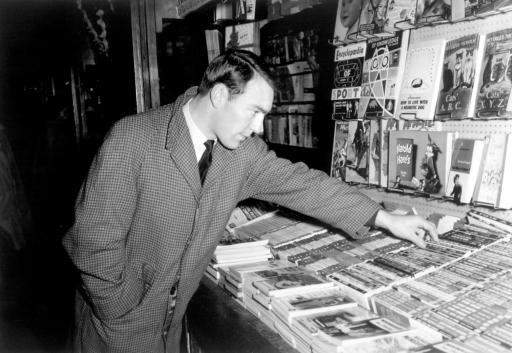 1. Jimmy Greaves: Little is known about the book which Jimmy Greaves co-wrote in the 1980s other than it’s called ‘The Ball Game‘ and the cover features a nude lady, one foot cocked atop a football, brandishing an Uzi submachine gun with nothing but a strategically draped ‘Miss America’ sash to preserve her modesty. Very tasteful!

Any more footballers-turned-authors we should know about? Give us a nude down below…