What with Monsieur Alain Pardeaux deciding to set up a rather well-stocked French Quarter on Tyneside (which is all the more amusing considering this gem of a quote from 2006), Pies have decided to give up a best French XI from the annals of the Premier League.

This is the first in a series, by the way, as we delve deep into the archives – well, as far back as 1992 – to bring you 11 fine specimens from a different country each week (or so).

So enjoy, and let us know what you think… 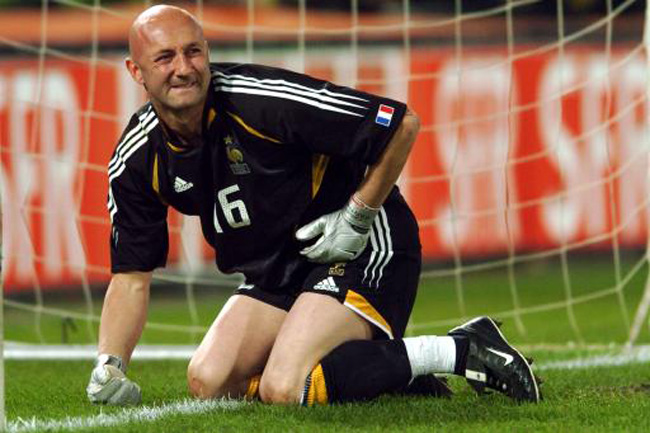 GK: Fabian Barthez – Look beyond the Bruce Groobelaar-esque tomfoolery, the smoking and the occasional apocalyptic error and you have a very decent ‘keeper who won two Premier League titles with Manchester United (to add to his French World Cup triumph). Also, bear in mind, none of the other French ‘keepers to play in the Premier League have been anything to write home about (Hugo Lloris hasn’t played enough games for proper analysis). 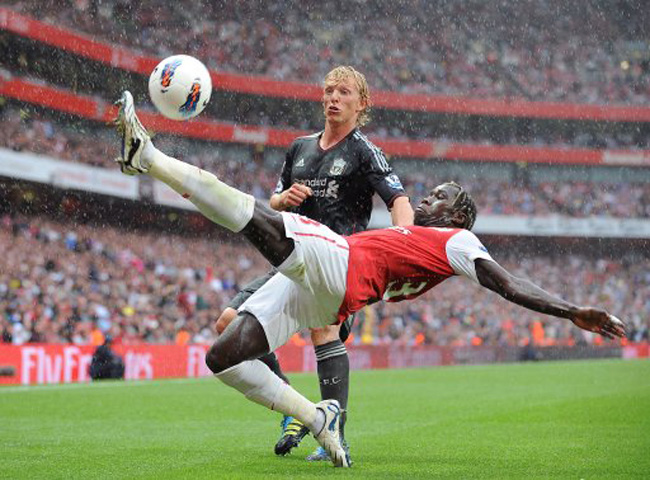 RB: Bacary Sagna – Not enjoying the best form of his career at the moment, Bacary Sagna has still been one of Arsenal’s most consistent performers, and one of the best right-backs in the Premier League, since he made the move to north London from Auxerre in 2007. Indeed, he has arguably been a key man in making sure the Gunners finishing in the top four every season since. 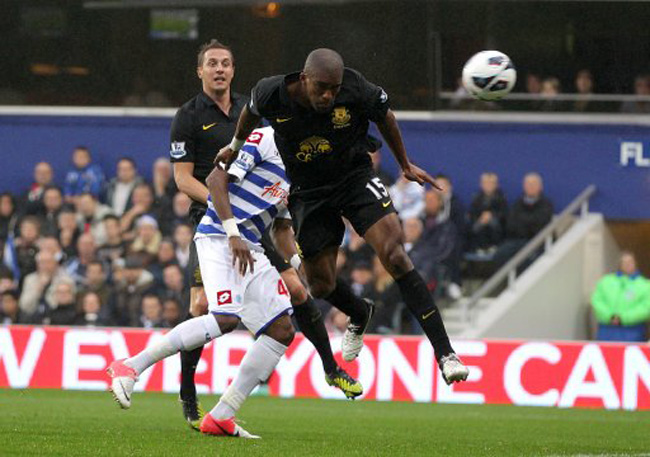 CB: Sylvain Distin – A classy, often under-rated player, has been one of the most consistent centre-halves in the Premier League since starting his English career with Newcastle. Since then he has also played for Man City, Portsmouth and Everton, making a total of 397  appearances – more than any other foreign outfield player in Premier League history. Has been a rock for David Moyes with Everton and continues to be one of the best central defenders in the top tier. 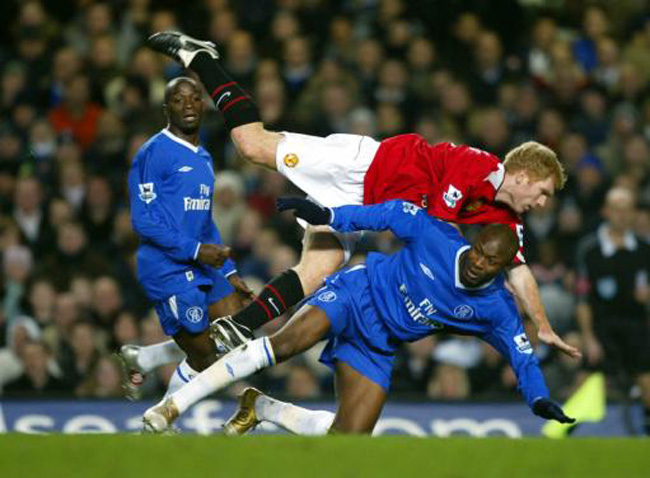 CB: William Gallas – Has played for the London triumvirate of Chelsea, Arsenal and Tottenham during a fine career in England. However, it is his time with the Blues where he really shone, forming a superb partner with John Terry in central defence as Jose Mourinho’s side won the title in 2004/05 and 2005/06. Didn’t enjoy the best of times at Arsenal after being part of a shock swap deal with Ashley Cole but he continues to flourish (in a roundabout way) in England at White Hart Lane. 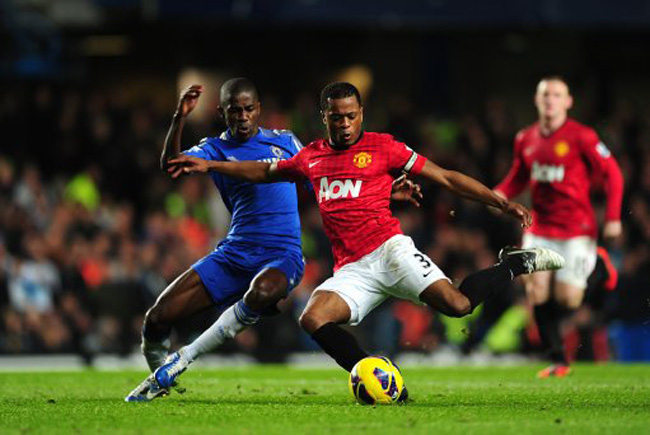 LB: Patrice Evra – Not the most popular person outside of Old Trafford, both in England and back home in France, the athletic left-back has still been a superb performer for Fergie since making the move from Monaco in 2006. With the Red Devils, the 31-year-old has racked up four Premier League titles, three League Cups, one Champions League trophy and one Club World Cup. Not bad, I suppose. Oh, and he’s also started to add goals to his game this season with United, which is nice! 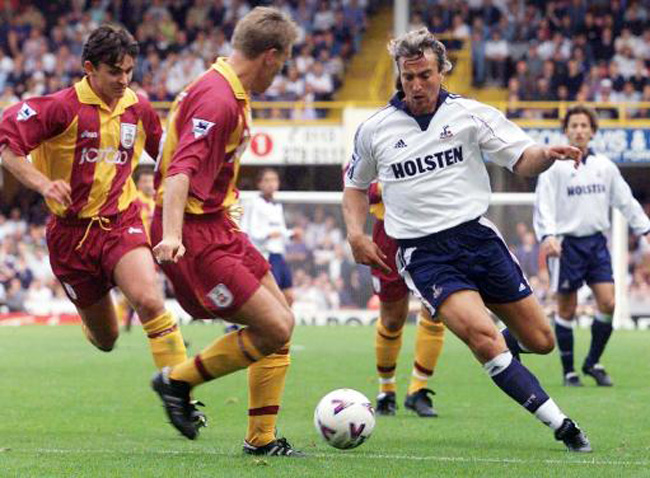 RMF: David Ginola – The epitome of laid back Gallic cool, Ginola formed a potent striking partnership with George Weah at PSG before he moved to Newcastle all the way back in 1995. He blossomed on the English stage in a wide role, as his dribbling skills and flowing locks added a bit of panache to the Premier League. Also played for Spurs, Aston Villa and Everton although overall, he only managed to pick up one trophy: a League Cup win with Tottenham (as well as a Players’ Player of the Year gong in 1998/99). 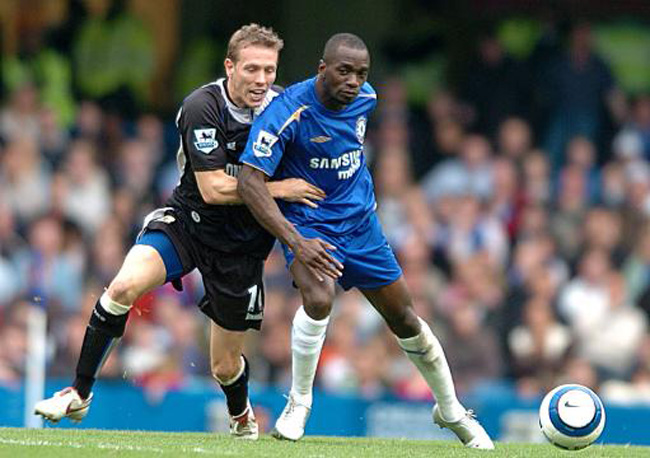 CMF: Claude Makelele – Making the XI just ahead of Arsenal’s Emmanuel Petit, ex-Real Madrid midfielder Makelele was the finest purveyor of the er… ‘Makelele role’, playing just in front of the back four in the role of both ball-winner and deep-lying playmaker. The Kinshasa-born star was, along with William Gallas, a cornerstone of Jose Mourinho’s Chelsea glory days, picking up two Premier League titles, two League Cups and an FA Cup. 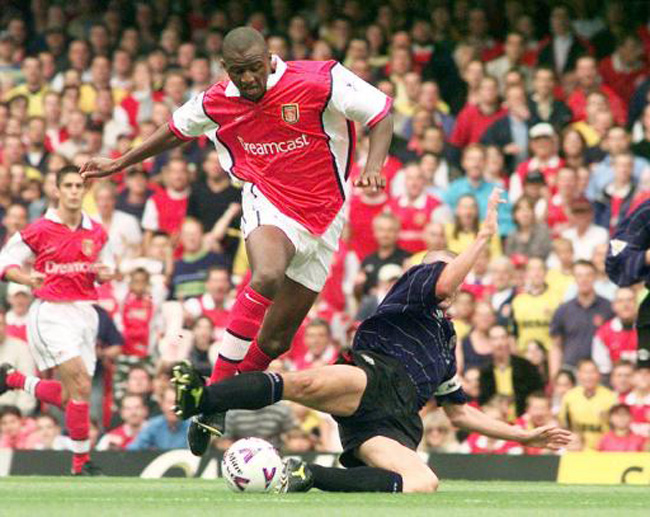 CMF: Patrick Vieira – Partnering Makelele in the middle of the pitch is one of the greatest players of his generation. Moving to Arsenal as Arsene Wenger’s first purchase (along with Remi Garde), the ex-Milan player hit the ground running at Highbury, dominating the midfield with his power. Adept at tackling, passing, dribbling and scoring, the Senegal-born star was the ultimate complete midfielder. Left the Gunners to have successful periods with Juventus and Internazionale before finishing his career with Man City. However, it is in north London, where he will always be considered an icon, after winning three Premier League titles and four FA Cups. 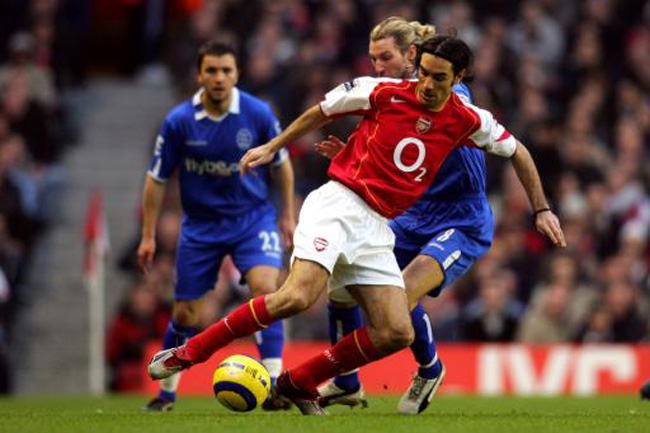 LMF: Robert Pires – While Ginola patrols one flank, another super-suave winger takes his place on the other side of the pitch. In his pomp at Arsenal, Pires was virtually unplayable and reached Zidane-level form. Coming from Marseille in 2000 after helping Les Bleus to Euro 2000 glory, the winger took time to adapt to the hustle and bustle of the PL. But once he had settled in, he was magnificent, helping the Gunners to two league titles and three FA Cup. After being taken off early due to Jens Lehmann’s red card in the 2006 Champions League final, he eventually departed England, but will be remembered for his Invincible displays – that and his shocking penalty against Man City! 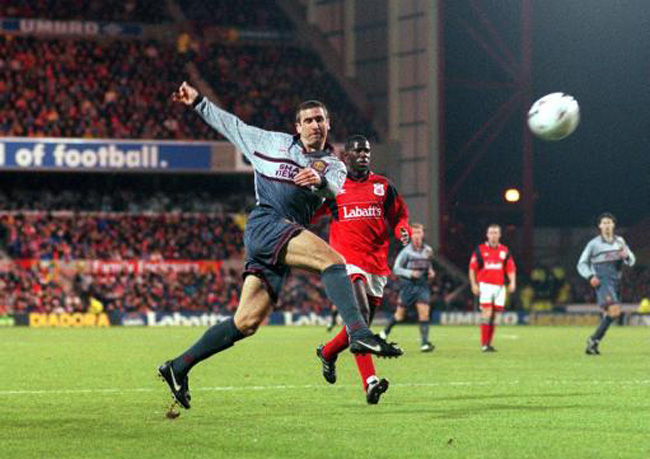 FW: Eric Cantona – The ultimate ‘one that got away’, at least for Sheffield Wednesday, Cantona would prove to be one of the most influential players in Premier League history; helping to shape Manchester United’s dominance as well as providing a fair amount of entertainment off the pitch. After helping Leeds to the English First Division, he left for Old Trafford, winning four PL titles and two FA Cups. A player of exquisite technique partnered with a tough physical presence, he lit up the top tier with his superb goals. Will also be remembered for that infamous kung-fu kick and his ‘sardines’ statement, but it is on the pitch where he truly earned his icon status. 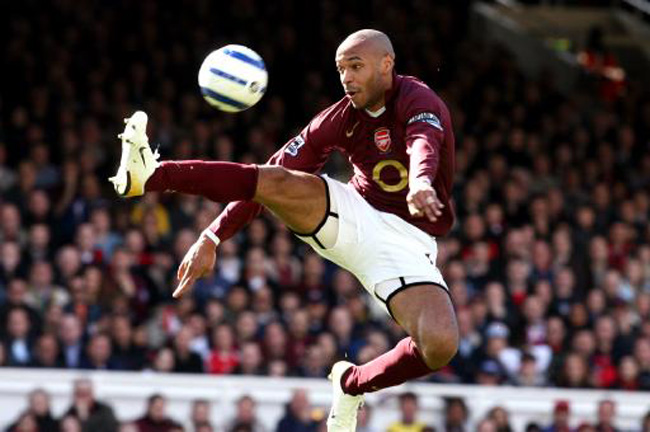 FW: Thierry Henry – Arguably the greatest player ever to play in the Premier League, Henry arrived as a fleet-footed, yet raw winger from Juventus in 1999. Under the guidance of Arsene Wenger, he blossomed into a truly world-class centre-forward, scoring countless spectacular goals as he spearheaded Arsenal’s golden years.

Picked up two Premier League titles and three FA Cups with the Gunners, becoming their all-time top-scorer with an incredible 228 goals in 377 appearances (in all comps) before leaving for Barcelona – though he did return to Arsenal in early 2012 while on a break from the MLS and gave Gooners a few more wonderful memories during a short-term deal.

So, what do you think? Is this team of Gallic greats spot on or way off the mark? Let us know!

Next time: the Netherlands – Could Dennis Bergkamp, Ruud van Nistelrooy and RVP all play together? Find out next week; same bat time, same bat channel!