Another week, another opportunity to delve into the Premier League archives and fish out a pretty decent XI, this time courtesy of the purveyors of shome of the shexiest footbal ever to grace this fair isle – the Netherlands.

There’s plenty of attacking talent to choose from here; not an awful lot in the way of defensive depth, but have we got the balance right?

Oh, and after the French XI was posted, a fair few people complained that the likes of Zidane and Platini weren’t included. It’s Premier League only people!

So, take a big bite out of our big juicy Oranje and then give us your opinion! 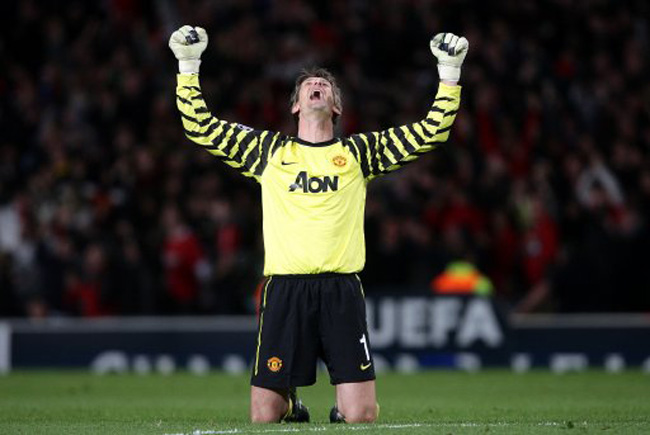 GK: Edwin van der Sar – Came to Manchester United late on his career, in 2005, after impressing for Fulham. Fergie had rather struggled to find an adequate replacement for the great Peter Schmeichel, but Van der Sar definitely fitted the bill and proved to be a superb buy for the Red Devils. Made 313 Premier League appearances for the Cottagers and United, helping the latter to four league titles, one Champions League success, two League Cups and one Club World Cup. 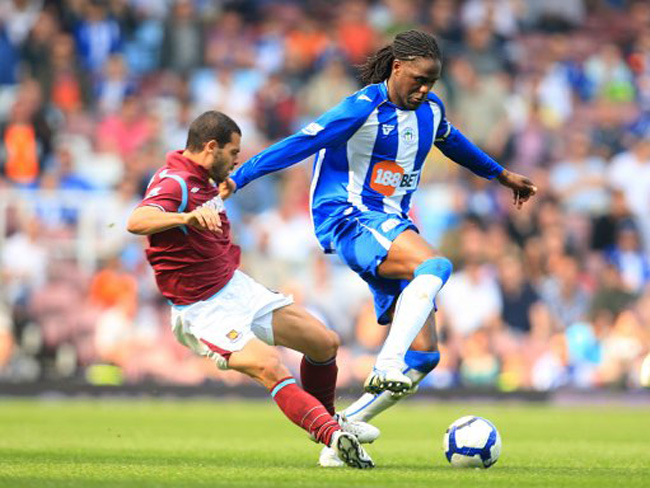 RB: Mario Melchiot – Made a whopping 284 Premier League appearances in his time with Chelsea, Birmingham City and Wigan Athletic, the leggy defender impressed in a right-back role for Chelsea between 1999 and 2004. A move to Birmingham didn’t really work out for the ex-Ajax man but after moving to France, he returned to England in 2007, where he blossomed at the DW Stadium, even becoming the Latics’ captain. Comfortable in a central defensive berth as well as full-back, Melchiot’s athleticism earns him a place in the XI. 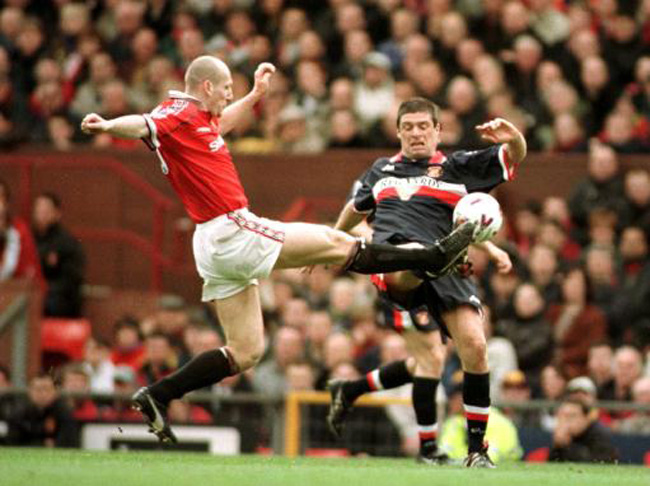 CB: Jaap Stam – A veritable rock at the back for Man Utd, hardman Stam came to Old Trafford in 1998 from PSV. Strong and pacy, Stam was a key performer for the Red Devils, helping them to three league titles, one FA Cup, one Champions League trophy and one Club World Cup. Left Manchester in acrimonious circumstances in 2001 after his autobiography enraged Fergie. 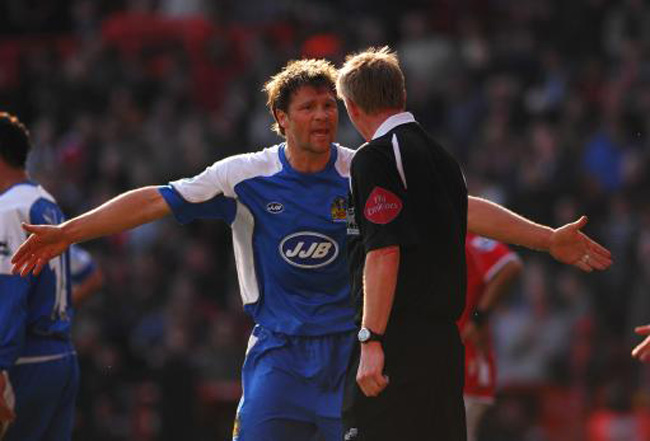 CB: Arjan De Zeeuw – After starting his career in his homeland with Telstar, centre-half De Zeeuw moved to Barnsley, before enjoying spells with Wigan, Portsmouth, Wigan again and then Coventry. Helped the Tykes to gain promotion to the top-tier in 96/97 and then enjoyed superb spell with Wigan where he became a fans’ favourite. Also impressed at Portsmouth where he was made captain before returning to the DW Stadium in 2005. Indeed, was voted Wigan’s best-ever player during the PFA’s  centenary celebrations. Ended his English adventures with Coventry before returning home in 2008. 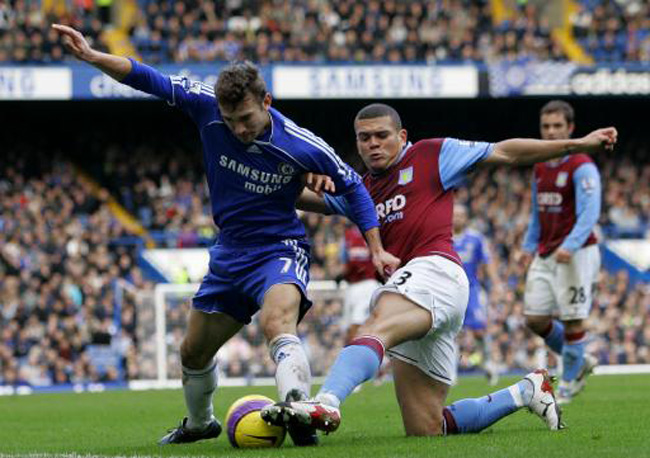 LB: Wilfred Bouma – A muscular left-back, Bouma moved to Villa Park in 2005 but didn’t really get into his stride until Martin O’Neill took charge in 2006/07. A tough-tackling defender with added pace, Bouma enjoy cult status with the Villa fans and went on to make 83 league appearances before injury ended his spell there in 2010. Eventually got his career going again at former club PSV. 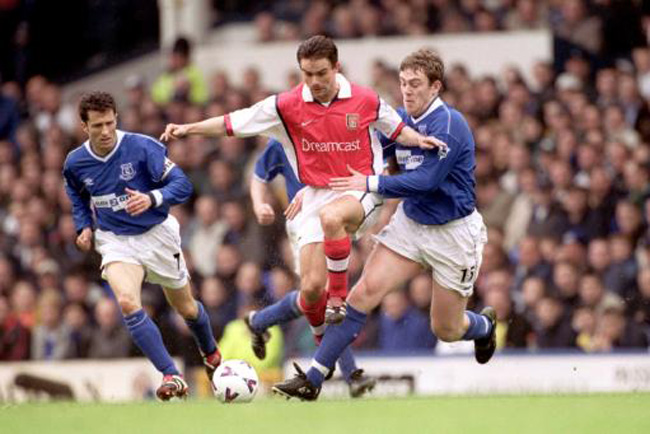 RMF: Marc Overmars – Came to Arsenal with question marks over his fitness in the summer of 1997 as the Arsene Wenger revolution began in earnest, the fleet-footed winger exploded onto the Premier League as the Gunners won the double in 1997/98. Part of a superb midfield alongside Petit, Vieira and Parlour, Overmars often moved into a semi-striking role when Dennis Berkamp dropped deep, scoring 25 goals in 100 league games (and also netting in the 1998 FA Cup final). Left for Barcelona in 2000 but never hit the same heights again. Only just gets the nod over Chelsea’s Arjen Robben. 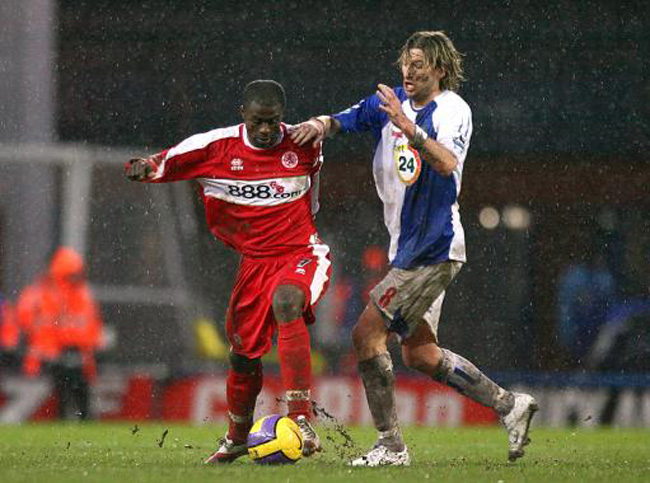 CMF: George Boateng – Made 384 Premier League appearances, more than any other Dutchman, whilst plying his trade for the likes of Coventry City, Aston Villa, Middlesbrough and Hull. An under-rated defensive midfielder, Boateng’s all-action style made him a fans’ fave during his time in England. 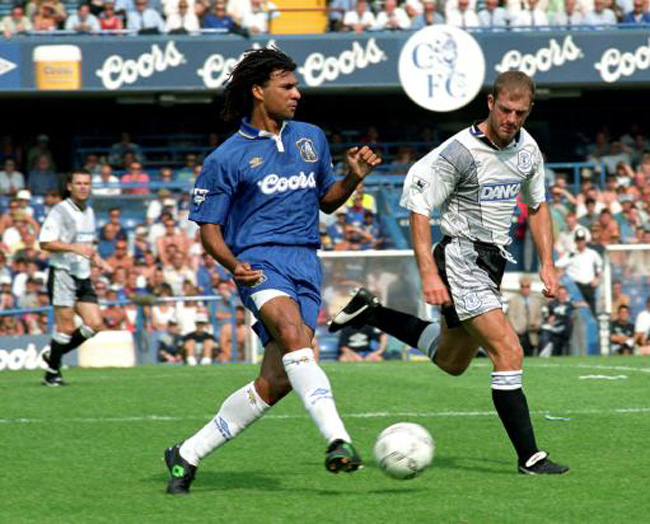 CMF: Ruud Gullit – Enjoyed a fine spell at Chelsea in the autumn of his career, playing both as a sweeper and then in central midfield. One of the greatest, most classy players of his generation, the former Milan megastar spent a few seasons in west London, helping the Blues to the 1997 FA Cup. Went on to manage the club too. 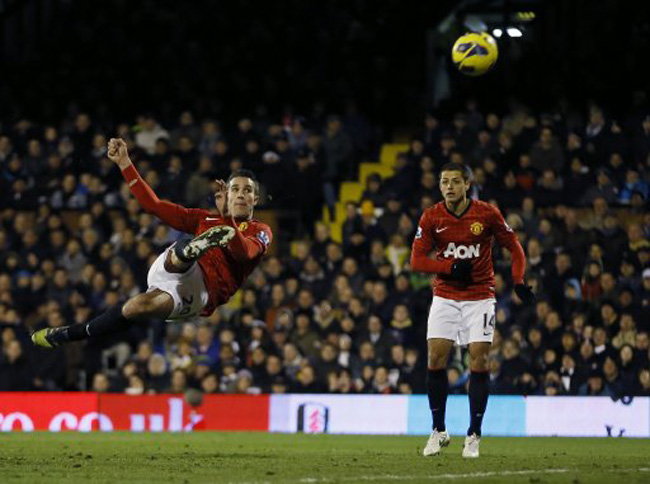 LMF: Robin van Persie – The latest in a long line of Dutch attackers to light up the Premier League, Van Persie came to Arsenal as a stroppy young winger in 2004 but left (to the anger of many Gooners) a world-class centre-forward in the summer of 2012. Injury problems hampered his time in north London, but over the past couple of seasons he has stayed fit and become one of the best players in the world. His purchase by Fergie in the summer looks like firing the Red Devils to league glory once again. Shifted out wide due to the plethora of attacking talent available. 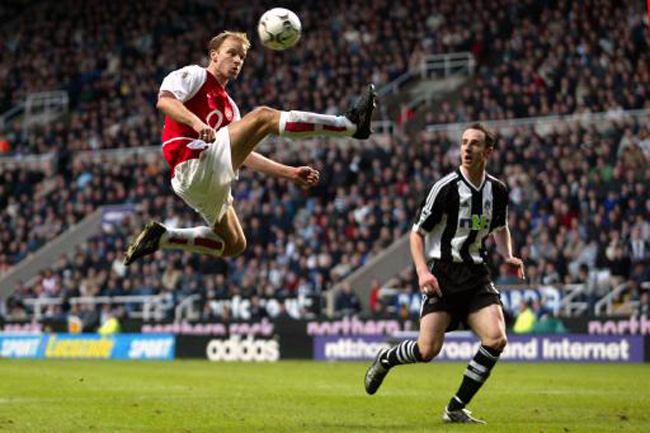 CF: Dennis Bergkamp – One of the greatest players ever to play in the Premier League, Bergkamp, a David Dein signing during Bruce Rioch’s short Arsenal reign, would go on to hit stratospheric heights under Arsene Wenger, scoring 87 goals in 315 games, some of them nothing short of magnificent. Won three league titles (one with the Invincibles) and four FA Cups with the Gunners and may yet return to north London in a coaching role in the not-too-distant future. 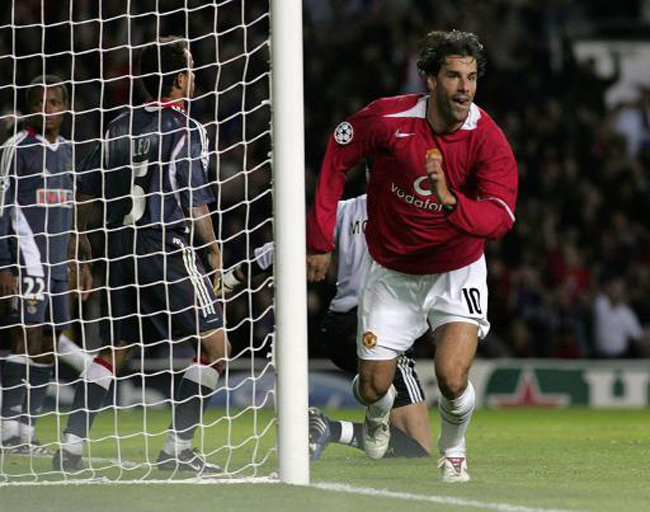 CF: Ruud Van Nistelrooy – The ultimate goal-poacher, Van Nistelrooy blossomed for Man Utd after his initial move to Old Trafford in 2000 was scuppered by serious injury. However, once fit, the hitman lit up the Premier League with his nose for a goal. Bagged 95 in 150 games on his way to winning (surprisingly) only one league title, one FA Cup and one league cup.

So, what do you think? Too many attackers on the pitch? Too many mediocre defenders? Let us know!