In the absence of anything else happening, here’s a cheeky l’il look at some of the most ridiculous nicknames ever bestowed to the footballing fraternity… 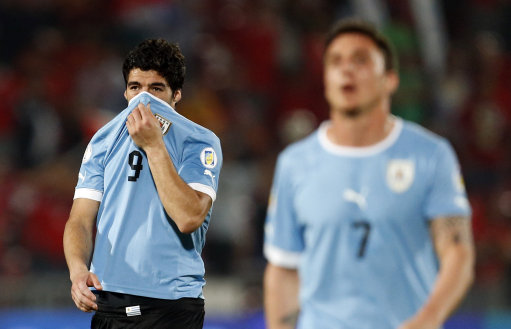 1. Cristian “El Cebolla/The Onion” Rodriguez: So called because his fancy feet made defenders cry back in his Penarol days.

2. Ariel “El Burrito” Ortega: Not that Ortega is named after a sloppy Mexican sandwich of course, as burrito actually translates at “Little Donkey” – which makes far more sense.

3. Philipp “Wireless” Lahm: First coined by former Bayern Munich teammate Mehmet Scholl because Lahm (who also acquired the nickname “The Magic Dwarf” at Bayern) could play anywhere on the pitch, rather than it having anything to do with him being 3G enabled.

4. Javier “The Little Pea” Hernandez: So called as his father, former Mexico striker Javier Hernandez Snr, was nicknamed “Chicharo/The Pea” on account of his bright green eyes. Doesn’t make it any less strange though! 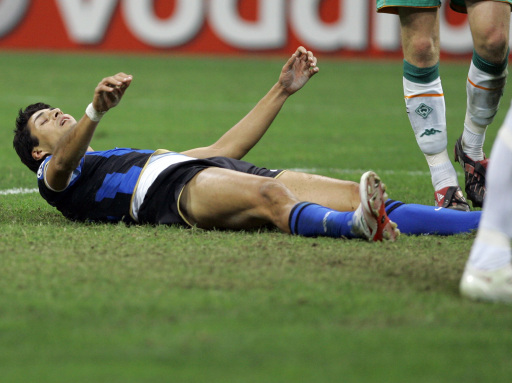 5. Julio “El Jardinero/The Gardener” Cruz: The story goes that Cruz was working as a groundskeeper for his local team Banfield in 1993 when he was summoned over by coach Oscar Lopez to play as a ringer in a practice match. Lopez was so impressed by Cruz that he signed him shortly after and the nickname stuck.

6. Cristian “Chucho” Benitez: Former Birmingham City forward Benitez is known as ‘Chucho’, a nickname given to him by his mother back in Ecuador which apparently translates as “pesky dog” or “mongrel”.

7. Hasse “The Bank of Naples” Jeppson: So called as Napoli broke the world transfer record by paying 105 million lira (around £50,000) for the prolific Swedish striker (who was referred to as “Hasse Goldenfoot” in his native land) when they purchased him from Atlanta in 1952.

8. Lionel “The Atomic Flea” Messi: Yes, we can see the logic, but Messi’s nickname has always rankled with Pies. It’s just that “La Pulga Atomica” sounds more like a 4’10” luchador wrestler to us. 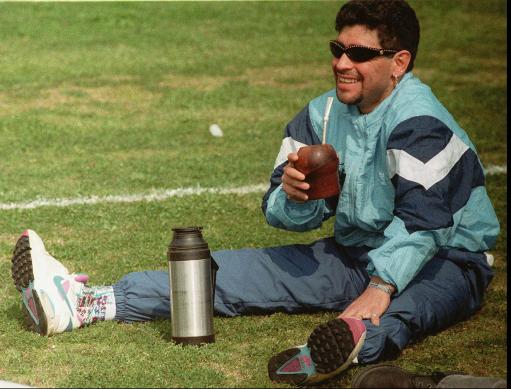 9. Diego “The Cosmic Kite” Maradona: This very “Haight-Ashbury” nickname was given to El Diego by legendary Uruguayan radio commentator Victor Hugo Morales, who bellowed “Cosmic Kite. What planet have you come from?” down the mike after Maradona scored that goal (no, not that one, the other one…) against England at the ’86 World Cup. This was presumably before the smoking of jazz cigarettes was banned in the gantry.

10. Christian “Bobo” Vieri: Most would agree that Vieiri was called Bobo in reference to his father, Bob – though some still think it’s because the former Inter, Juve and Italy striker is a little, well, “intellectually stunted”. Feel free to ask him to his face if that’s the case or not.

11. Henri “Smiling Rabbit with a Rifle” Camara: The former Wigan and West Ham striker is Senegal’s record goalscorer and also the proud owner of what just might be the most clumsy, nonsensical nickname in sporting history.

12. Ernest “Paper Clip” Faber: The former PSV stalwart centre-back was so called because he was always the first to offer his teammates tips on word processing. 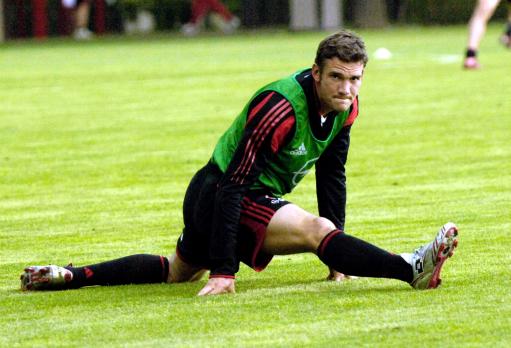 13. Andriy “The Wind of Passion” Shevchenko: More commonly known as “The Eastern Wind”, Italian commentator Carlo Pellegatti came up with an altogether more “Mills & Boon” pet name for his favourite Milan player. This is a man who also used to refer to Andrea Pirlo as “Tinkerbell” during his time at the Rossoneri.

14. Pablo “Vitamins” Sanchez: The former Rosario Central midfielder was known as “Vitamins” due to his high work rate, at least we think that’s why.

15. Willy “Stofzuiger/The Vacuum Cleaner” Van de Kerkhof: Along with twin brother Rene, Willy the Vacuum was a staple of the Dutch team throughout the 1970s – so called as he made light work of sweeping up behind Johan Cruyff.

16. Kiki “Chris” Musampa: Once in a while football fans really do produce gold. If you haven’t twigged yet try saying it out loud to yourself. 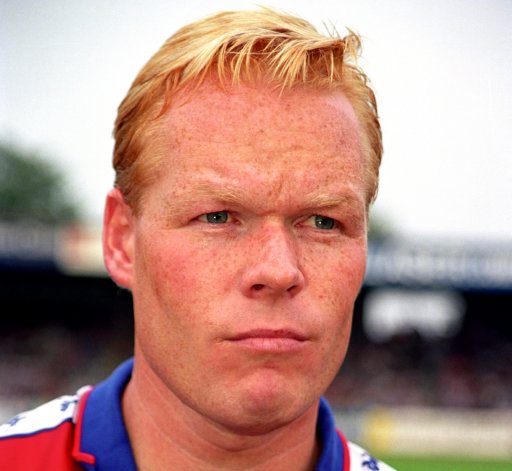 18. Ronald “Floquet de Neu/Little Snowflake) Koeman: Upon arriving at the Camp Nou, Koeman was instantly named after the famous albino gorilla at Barcelona Zoo by Barca fans due to his fair complexion.

19. Servet “Ayibogan/The Bear Strangler” Cetin: One look at the monstrous Turkish centre-half and you can tell he’s seen off his fair share of grizzlies in his time. The man’s a brute.

20. Jupp “Hauptling Silberlocke/Chief Silver Curl” Derwall: The World Cup-winning Germany assistant coach was so called due to his slick waves of titanium-coloured hair. 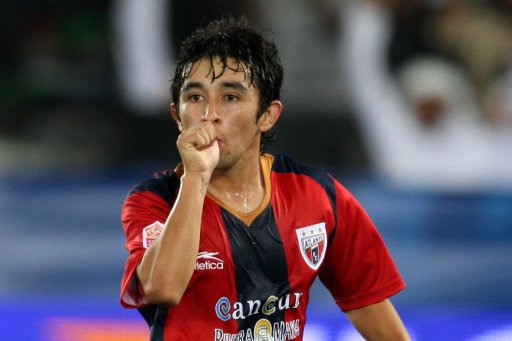 21. Christian “El Hobbit” Bermudez: Well, just look at him. All 5’4″ of him. Apparently the Tolkien-esque Club America midfielder even plays with his nickname on the back of his extra, extra, extra small shirt.

22. Chris “The Rash” Perry: Because he was all over you like the proverbial dermatological complaint.

23. Zbigniew “Bello di Notte/Beauty of the Night” Boniek: Given to the jinky Polish midfielder by Juventus fans. Blimey O’Reilly, these Italians are suckers for a ridiculously overly-romantic nickname!

24. John “De Lantaarnpaal/The Lamp Post” van Loen: The 6’4″ former Ajax and Feyenoord target man was dubbed both The Lamp Post and The Lighthouse by Dutch fans for obvious reasons.