Football-loving celebrities bore the arse off me. Ooh, there’s Robbie Williams gurning in a Port Vale shirt! Oh, and look at Ant & Dec swigging bottled beer in a sponsors’ box at St James’ Park! And, yes, Ralf Little, you’re a half-decent defender (by celeb standards) but stick to what you do best – hang on, what exactly is it you do best? Turning up for celebrity five-aside tournaments, it seems.

Anyway, the 10 celebs listed below get my respect because they actually had trials at a proper professional club. Some of the names you’ll know already; some will come as a big surprise… 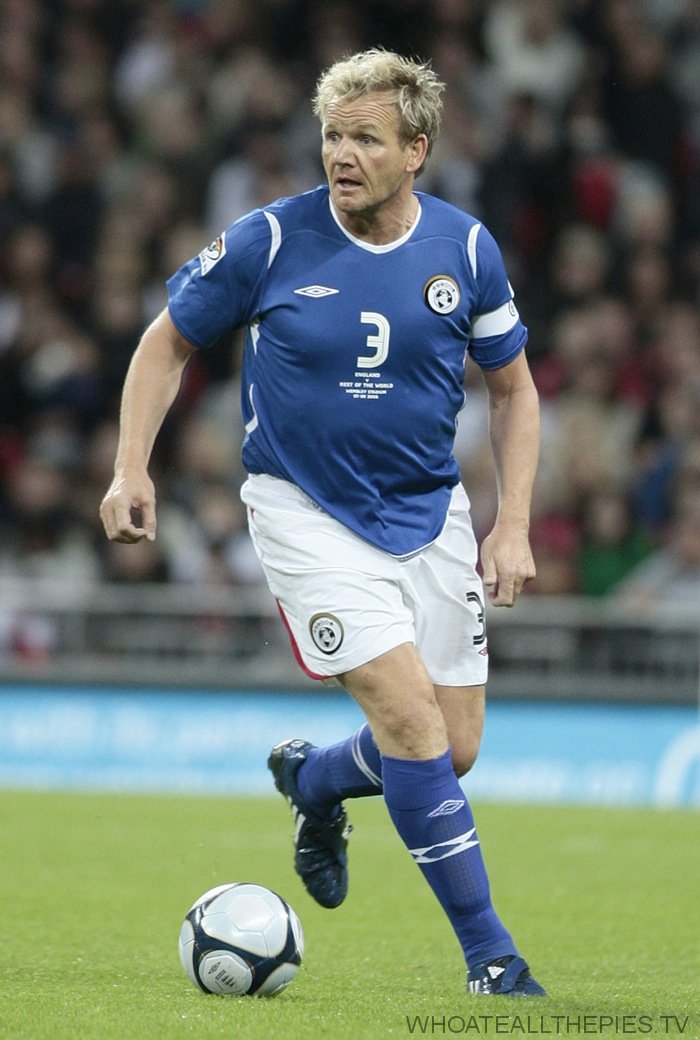 Gordon Ramsay (Glasgow Rangers)  - The swearing chef actually played twice for Rangers' first team, both times as a sub, but never recovered from ligament injury and was let go, by no-nonsense Rangers manager Jock Wallace (a man Ramsay describes as 'a Scottish version of Mike Tyson').