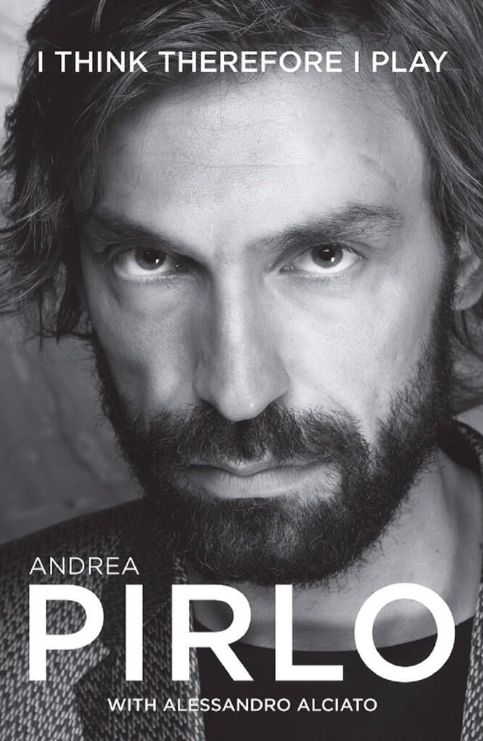 1. “I don’t give a toss about pressure. I spent afternoon sleeping and playing Playstation. Then I went out and won the World Cup.”

2. On Sir Alex deploying Park Ji-Sung to man-mark him during the 2010 Champions League last 16: “[Sir Alex] is a man without blemish, but he ruined that purity just for a moment when it came to me. A fleeting shabbiness came over the legend that night. At Milan, he unleashed Park Ji-Sung to shadow me.

“[Park] rushed about at the speed of an electron. He’d fling himself at me, his hands all over my back, trying to intimidate me.

“He’d look at the ball and not know what it was for. They’d programmed him to stop me. His devotion to the task was almost touching. Even though he was a famous player, he consented to being used as a guard dog.”

3. “Being part of a team that belongs to everyone makes me feel good. A lot of the time, it’s better than sex: it lasts longer and if it falls flat, it can’t just be your fault…Much better to be a soldier on the pitch than in the bedroom.”

4. “After the wheel, the PlayStation is the best invention of all time. And ever since it’s existed, I’ve been Barcelona, apart from a brief spell way back at the start when I’d go Milan.

“I can’t say with any certainty how many virtual matches I’ve played over the last few years but, roughly speaking, it must be at least four times the number of real ones.

“Pirlo vs Nesta was a classic duel back in our Milanello days. We’d get in early, have breakfast at 9am and then shut ourselves in our room and hit the PlayStation until 11. Training would follow, then we’d be back on the computer games until four in the afternoon. Truly a life of sacrifice.”

5. On Pep Guardiola asking him to sign for Barcelona: “He was elegant in the extreme, much like his conversation.

“Thank you for agreeing to meet me.”

“Thank you for inviting me.”

“We need you here, Andrea.”

“You could tell he wasn’t a man to beat about the bush. After a couple of minutes, he’d cut straight to the chase. As a player, his job had been to conduct the play and as a manager he’d learned to attack, always with impeccable style.

“‘We’re already very strong, I really couldn’t ask for better, but you’d be the icing on the cake. We’re looking for a midfielder to alternate with Xavi, Iniesta and Busquets, and that midfielder is you. You’ve got all the attributes to play for Barcelona, and one in particular – you’re world class.’

“During that half hour I largely kept quiet and let him speak. I listened and, at most, nodded my head. I was so taken aback by the summons that my reflexes had slowed. I was more dazed than excited: shaken by the situation, but in a really positive way.

“‘You know what, Andrea: we’ve made this approach because that’s how we do things round here. We don’t waste time. We want to buy you right now, and we’ve already spoken to Milan. They’ve said ‘no’, but we’ll not give up: we’re Barcelona. We’re used to hearing certain answers but, in the end, things pretty much always change. We’ll try again with Milan. In the meantime, start making a few moves with them as well.'”

6. And Pirlo’s reaction after the conversation: “I would never have expected it. Perhaps I’d spent so much time on the PlayStation that I’d ended up inside it, sucked into a parallel universe by my favourite hobby and now at the mercy of a puppeteer with some kind of enchanted hand.”

7. On Gennaro Gattuso: “You could see the red mist coming down and he just wasn’t able to hide it. We could tell what was coming and so we’d commandeer all the knives. Gattuso would grab a fork and try to stick it in us.

“Some of us ended up missing games because of one of Rino’s fork attacks, even if the official explanation from the club was one of muscle fatigue.”

8. On Zlatan Ibrahimovic: “A ticking timebomb of a madman.”

9. On former Inter Milan manager Roy Hodgson: “Hodgson mispronounced my name. He called me “Pirla” (a term used in Milan dialect which roughly translates as “dickhead”), perhaps understanding my true nature more than the other managers.”

10. On that Champions League Final in Istanbul against Liverpool: “It’s an enemy that I can’t allow to wound me a second time. It’s already done enough damage: most of it hidden far from the surface.

“I’ll never watch that match again. I’ve already played it once in person and many other times in my head, searching for an explanation that perhaps doesn’t even exist.

“It was suggested we hang a black funeral pall as a permanent reminder on the walls of Milanello, right next to the images of triumph. A message to future generations that feeling invincible is the first step on the path to the point of no return.

“Personally, I’d add that horrendous result to the club’s honours board. I’d write it slap bang in the middle of the list of leagues and cups they’ve won, in a different coloured ink and perhaps a special font, just to underline its jarring presence.’

“I thought about quitting because, after Istanbul, nothing made sense any more. The 2005 Champions League final simply suffocated me.

“To most people’s minds, the reason we lost on penalties was Jerzy Dudek – that jackass of a dancer who took the mickey out of us by swaying about on his line and then rubbed salt into the wound by saving our spot kicks.

“I could hardly sleep and even when I did drop off, I awoke to a grim thought: I’m disgusting. I can’t play any more. I went to bed with Dudek and all his Liverpool team-mates.’

“I’ll never fully shake that sense of absolute impotence when destiny is at work. The feeling will cling to my feet forever, trying to pull me down…

“There are always lessons to be found in the darkest moments. It’s a moral obligation to dig deep and find that little glimmer of hope or pearl of wisdom.

“You might hit upon an elegant phrase that stays with you and makes the journey that little bit less bitter. I’ve tried with Istanbul and haven’t managed to get beyond these words: for fuck’s sake.