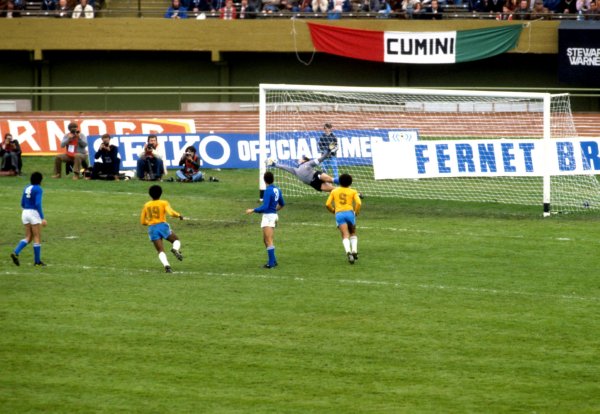 Zoff with his head!

Brazilian right-back Nelinho scored one of the classic “did he mean it?” goals during the third-place play-off at the 1978 World Cup in Argentina; unleashing a shot that bent past Italian ‘keeper Dino Zoff so wickedly that the ball’s flight path almost has a corner in it half-way through – with Nelinho accused of flukery ever since, despite his repeated protestations…

Sensational, and we choose to believe that he meant every inch of that glorious parabola!

While hosts Argentina won the tournament outright, Brazil went on to beat Italy 2-1 in the play-off to claim the bronze.