1. Avram Grant is a dead man walking at West Ham. The hindsight police are onto you, Avram – you’ve been winging it, haven’t you!?

2. Referees (and policemen) are getting younger. I was both shocked and depressed to find out that the ref for Birmingham v Blackburn, one Michael Oliver, is only 25 years old. Twenty-five! The Prem’s youngest ever ref had a good game too, though his step haircut is a f**king disgrace. 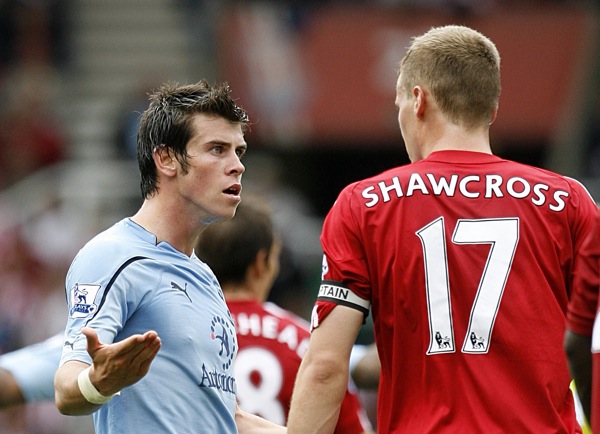 3. Gareth Bale is definitely the new Ryan Giggs – a Welshman who every Englishman wishes could wear the Three Lions.

4. Heurelho Gomes is playing like he did when he first came to Spurs, ie. like a blindfolded bull in a china shop. He’s all over the fucking place. Worrying, but I’m sure Redknapp is on the case. Nudge nudge.

5. Man Utd won’t win the league this season. I’m as sure of that now as I was before the start of the season, when I predicted Chelsea would retain the title, with Man City in second and Arsenal in third. Of course writing off Fergie is stupid, but then I’m stupid.

6. Tache japes aside, now that he’s fit and happy, Joey Barton is actually walking the walk. Worth an England recall? Yeah, I’m all for it. Barton and Alan Smith the new Gerrard and Lampard? It would be fun – while it lasted.

That’s us. What did YOU learn this weekend?