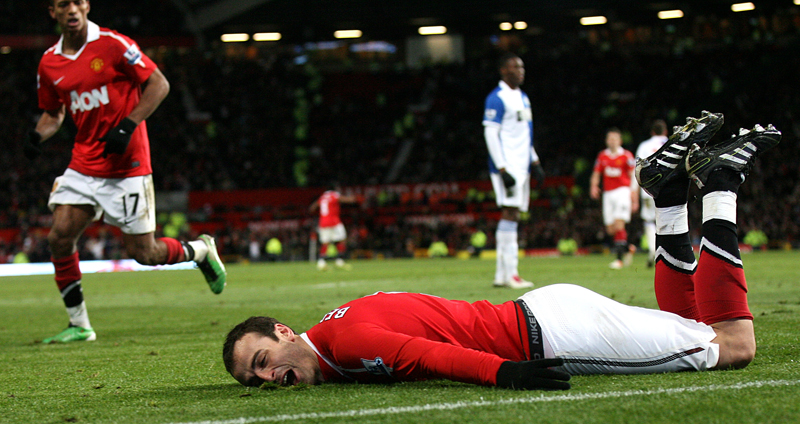 Manchester United's Dimitar Berbatov celebrates with his team mates after scoring his side's sixth goal of the game. Berba bagged five in United's 7-1 demolition of Blackburn at Old Trafford.