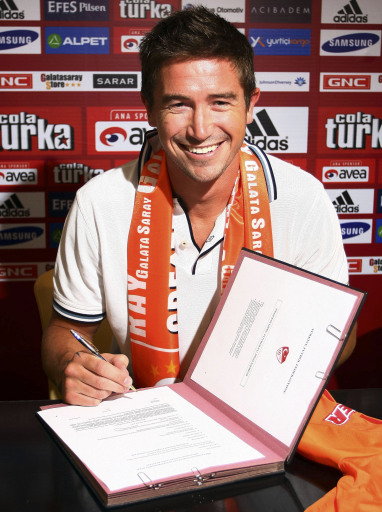 1. Harry Kewell (Leeds Utd to Galatasaray)
Leeds Utd fans were incensed that one of their former stars signed for the club they hate almost as much as Man Utd – as you probably remember, two Leeds fans were stabbed to death by Turkish fans at a UEFA Cup semi final between the two clubs in 2000. Kewell insisted the move was not disrespectful: “I chose the number 19 shirt when I signed for Galatasaray as a sign of respect for Leeds because that was the number I got when I first became a regular member of the Leeds starting XI,” he said. 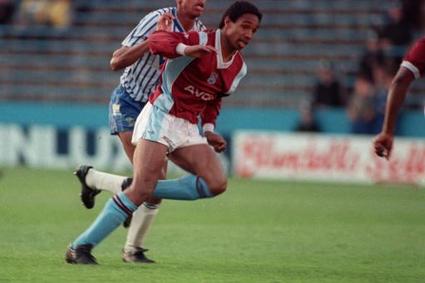 2. Paul Ince (West Ham to Man Utd)
Ince was photographed in a Man Utd kit before his £1million transfer was completed. The snap was published in the Daily Express – West Ham fans have never forgiven the Guvnor for the gaffe. Ince went on to play for Man Yoo’s bitter rivals Liverpool, making him something of a double Judas. 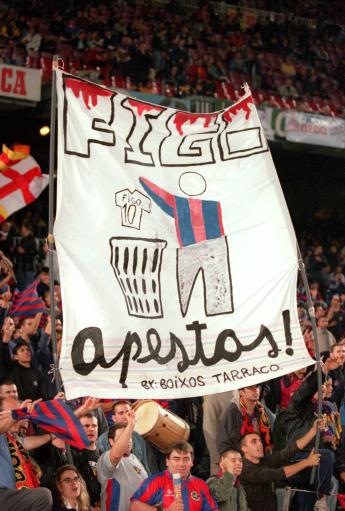 3. Luis Figo (Barcelona to Real Madrid)
When Figo returned to the Nou Camp in 2002, playing for arch rivals Real Madrid, Barca fans pelted him with bottles, mobile phones, coins and – most famously – a pig’s head. You have to respect a fan who can smuggle a pig’s head into a stadium. 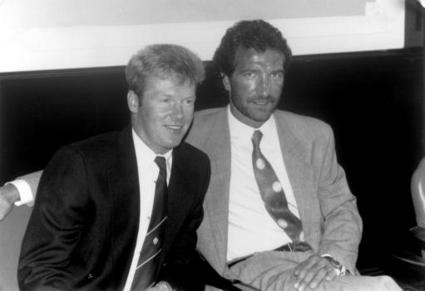 4. Maurice ‘Mo’ Johnston (Celtic to Rangers, via Nantes)
Just days before signing for Graeme Souness’ Rangers, from Nantes, Johnston had appeared at a press conference at Celtic Park where he declared that “Celtic are the only club that I want to play for.” Oops. As you might expect, the U-turn was not popular with either set of Glaswegian fans. 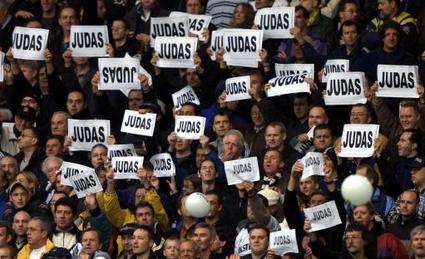 5. Sol Campbell (Spurs to Arsenal)
When Campbell signed for the Gooners, he ensured that he would forever be known as “Judas” by all but the most forgiving of Tottenham fans. 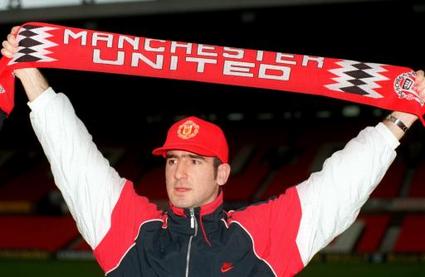 6. Eric Cantona (Leeds Utd to Man Utd)
Ooh Ahh Cantona! was Leeds United’s hero, until Howard Wilkinson sold him to their arch rivals across the Pennines, for the criminally low sum of £1.2m. Nice one Howard. Bitter Leeds fans have never forgiven Wilkinson for selling Cantona, who turned out to be one of the Prem’s all-time greats. Because King Eric was such a dude, many Leeds fans bear no grudge towards him.

A version of this post was first published in July 2008