Did you spot the only man who plays in the Greatest League In The World? Yes, well played Ashley Cole, not just the only Englishman in an XI dominated by Barcelona and Inter players, but also the only Premier League representative.

Uefa nailed this XI. As dream teams go, it’s a frightening prospect, if sorely lacking a ball-winning mifielder (Cambiasso?). You can’t argue too hard against the selection, though I would like to see some love for Lucio. And although he lifted the World Cup in 2010, I wasn’t that impressed with Iker Casillas (he has had better years).

So there you have it. More proof that the English Prem is THE BEST LEAGUE ON THE PLANET. Never let us forget that Lionel Messi would not fancy a trip to the Britannia Stadium on a wet Wednesday evening.

Uefa.com team of the year

And, in stark contrast, here is Andy Gray’s team of the year: 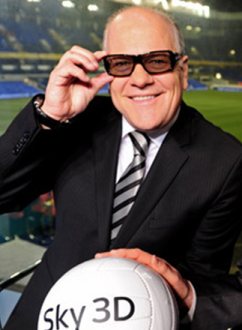 These magical Sky glasses allowed Andy to see into a parallell football world, one in which Steven Gerrard is the best box-to-box midfielder in the world, and Xavi does not even exist. Worth £30 a month surely.