It should come as little surprise that Xavi is the only player to have completed more than 5,000 passes across the top five European leagues (EPL, Bundesliga, Ligue 1, Serie A, La Liga) over the last two seasons – but who’s this sneaking his way into the top ten? 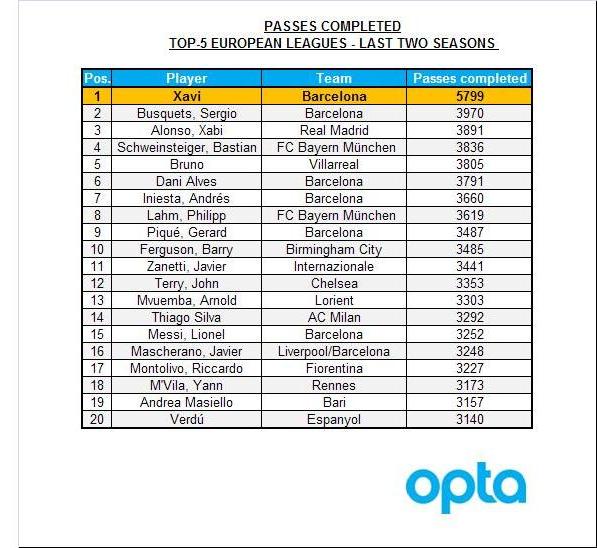 Well bugger me! It’s only Barry bloody Ferguson, who breaches the top ten by way of making roughly 3,485 riskless sideways passes to unmarked teammates within a five-yard radius. Same goes for JT.