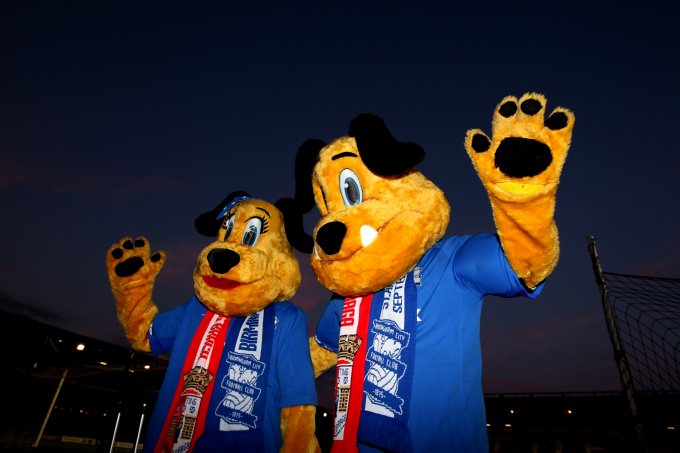 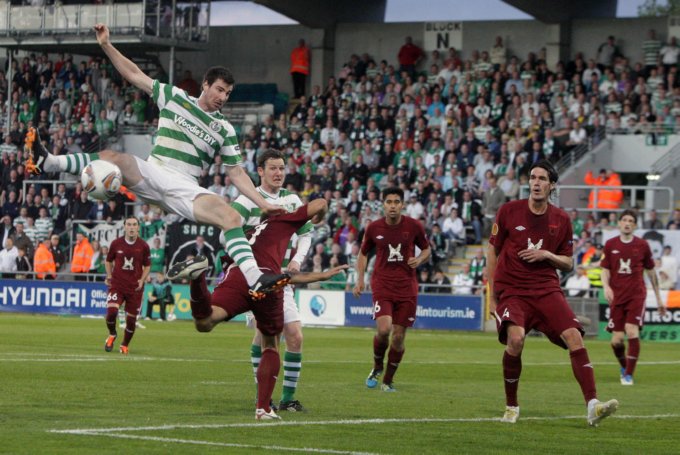 Shamrock Rovers’ Craig Sives launches into an unorthodox tackle on Rubin Kazan’s Salvatore Bocchetti at the Tallaght Stadium, Dublin. The game finished 3-0 to the Russians 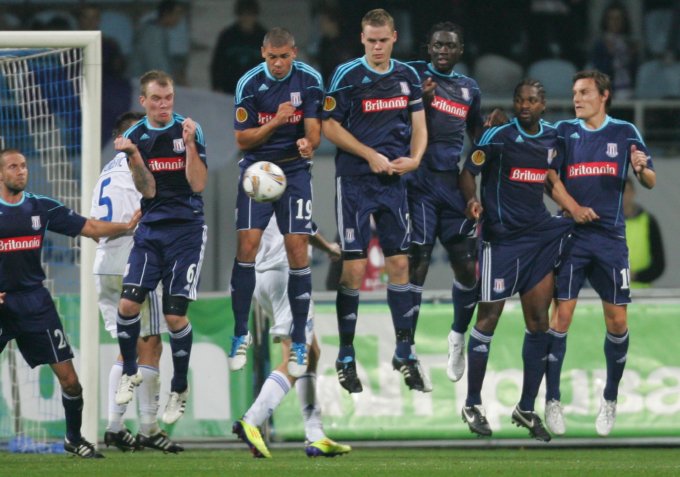 The Stoke City wall leap in unison to block a Dynamo Kiev free-kick (Dean Whitehead seems to have a handful of Salif Diao). After going 1-0 up through Cameron Jerome and defending like Billy-o from the 55th minute, the Potters conceded an equalizer in injury time in Ukraine 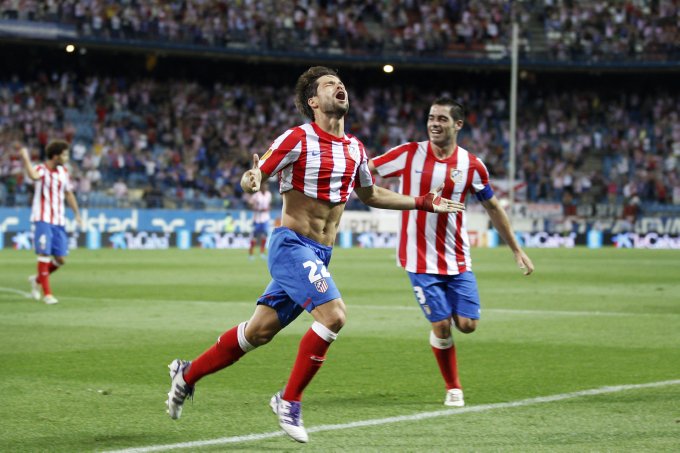 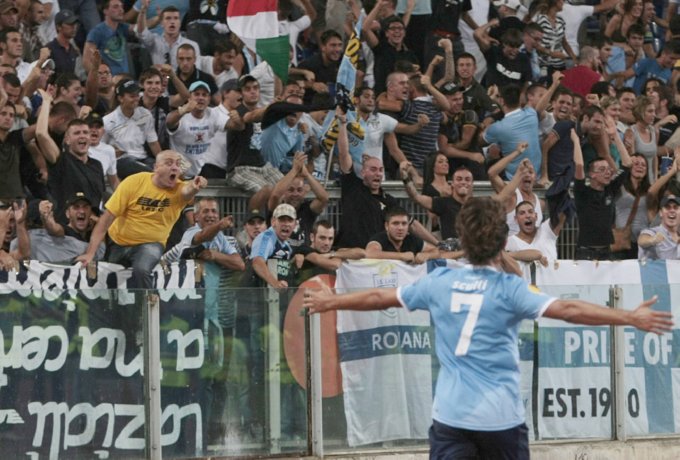 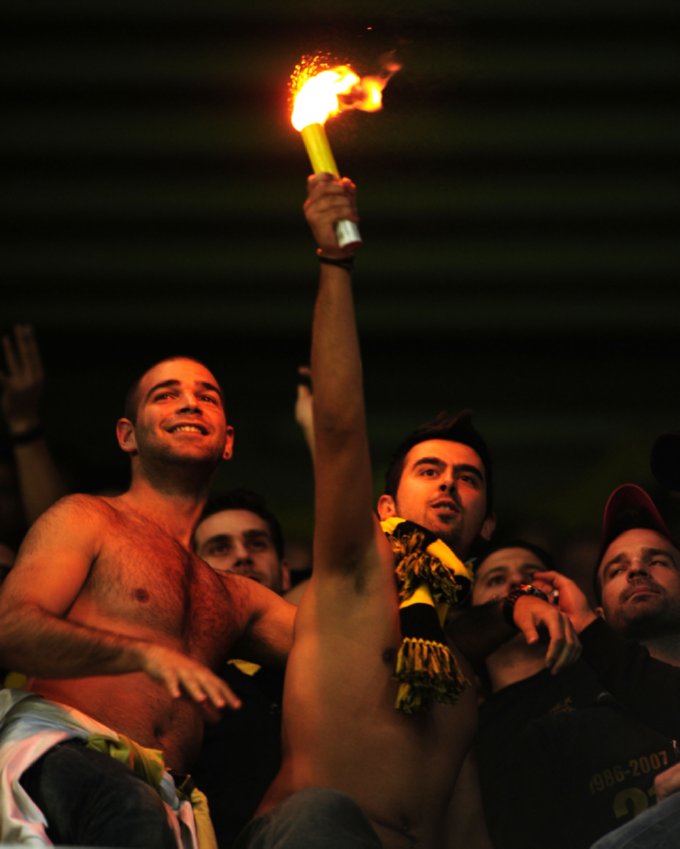 AEK Athens fans spark up a solitary flare in the darkness during their game against Anderlecht, in Anderlecht. The Belgians won 4-1 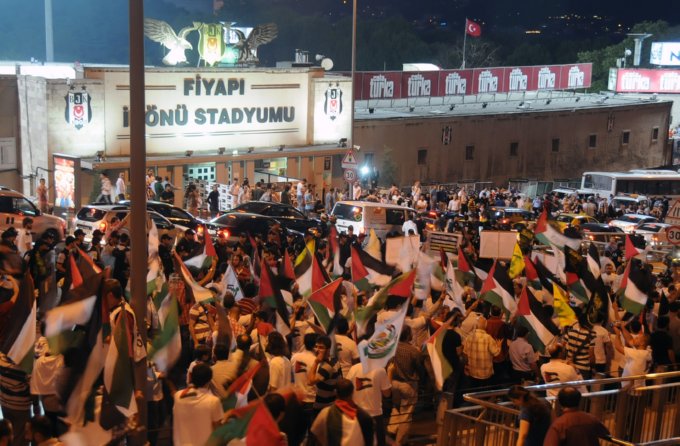 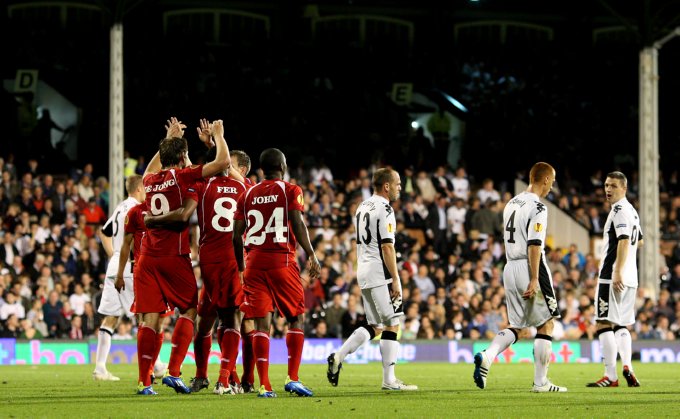 Murphy, Sidwell and Baird slink away as Twente celebrate Luuk de Jong’s headed equalizer against Fulham at the Cottage. The game finished 1-1 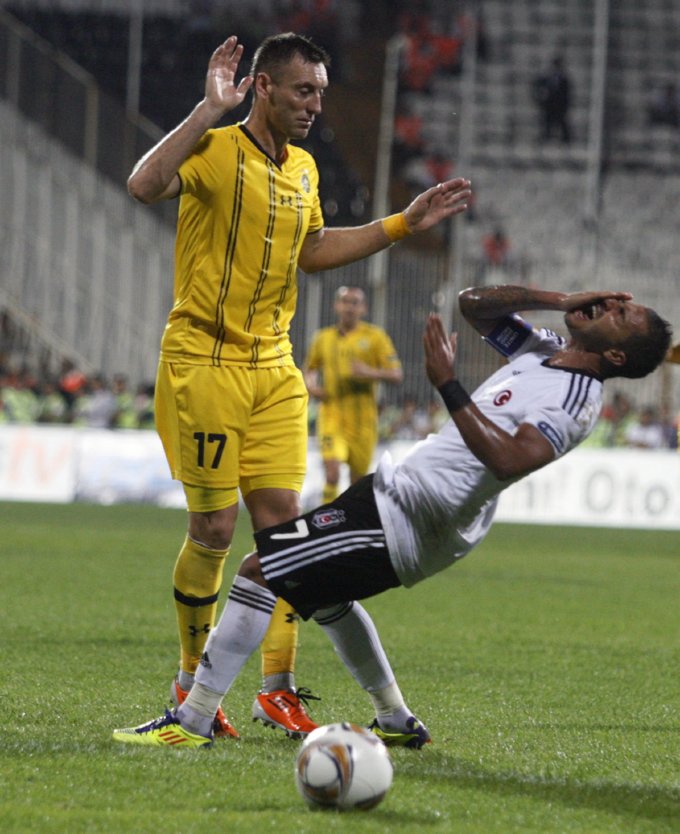 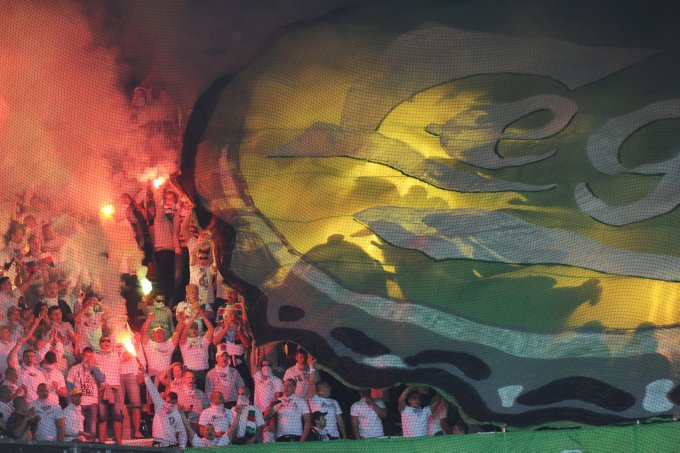 Legia Warsaw fans disappear under a giant, flare-illuminated banner prior to their game against PSV.