Before last night’s goalless draw with Wigan, Liverpool (including their ‘negrito’ players) ran out onto the field wearing t-shirts in support of freshly convicted racist-insult-slinger Luis Suarez – including the man himself… 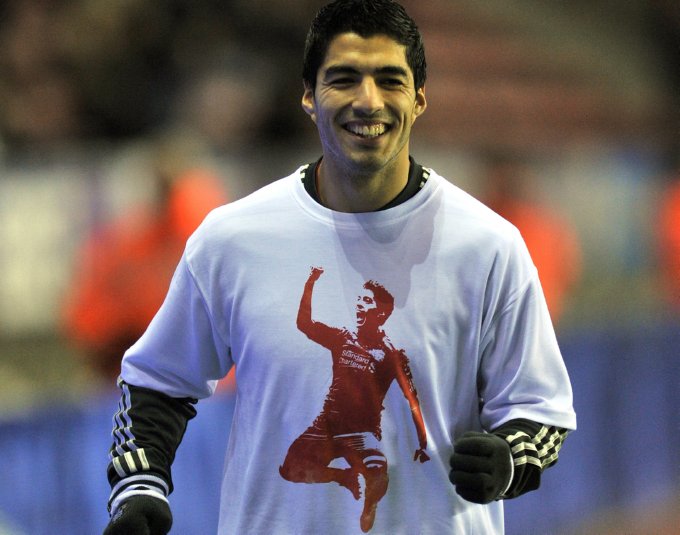 This is a joke right? Right? Some kind of meta-self parody? Irony within irony? Is this ‘Irony-ception’?

My mind hurts. Wouldn’t have 11 anti-racism t-shirts been more on message?

Who’d have thought, eh? Liverpool taking the ‘victimisation’ tack and putting on a grotesque, insular, superfluous show of solidarity while farting in the face of what scholars refer to as ‘the facts’.

Can you imagine Arsenal wearing t-shirts with the silhouetted image of a Vauxhall Astra wrapped around a tree after club captain Tony Adams got nabbed for drink-driving? Newcastle wearing a pair of McDonald’s golden arches emblazoned across their chests after Joey Barton’s little city-centre fracas? Manchester United with Alf-Inge Haaland’s bloodied stumps after Roy Keane attempted to end his playing career by performing an on-field amputation?

Justice has been served. Let’s try to move on shall we?