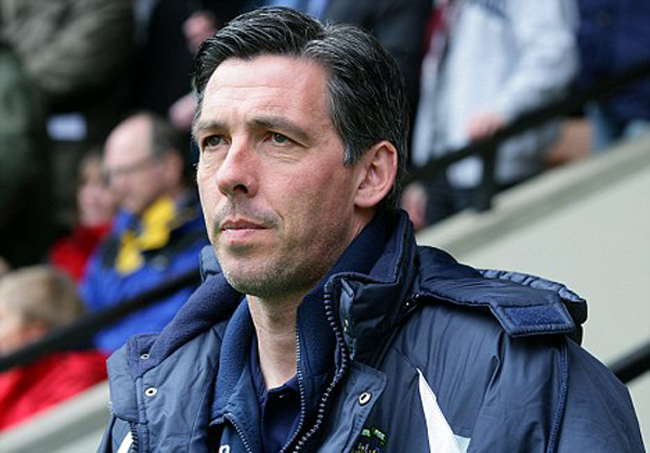 The 46-year-old was one of a select band of players to enjoy extended stays with both Liverpool clubs after starting off with the red half of the city as an apprentice in 1982.

Ablett broke into the Reds’ first team in 1986 and went on to make over 100 appearances for the club, winning two league titles and an FA Cup winner’s medal in the process. Comfortable in both a central and left-sided defensive role, Ablett was eventually sold by Liverpool boss Graeme Sounness to Everton in 1992. With the Toffees, the affable star would go on to make over 120 appearances, picking up another FA Cup winners’ medal on the way.

After subsequent spells with Sheffield United, Birmingham City, Wycombe Wanderers and US side Long Island Rough Riders, Ablett returned to Merseyside to work as a coach at both Everton and then Liverpool, where he steered the reserve side to league success.

He took up his first senior managerial role at Stockport County in 2009 but struggled to inspire a club deep in financial difficulty.

He was more recently working in a coaching role at Ipswich Town when he was diagnosed with the illness.

A statement from the League Managers Association said: “On behalf of Gary Ablett’s family the LMA has today confirmed that Gary passed away peacefully last night following a hard fought 16-month battle against non-Hodgkin’s lymphoma.”

“Respected throughout the game by players, coaches and managers alike Gary will be sadly missed. The LMA’s thoughts and condolences are with Gary’s wife Jacqueline and children.”