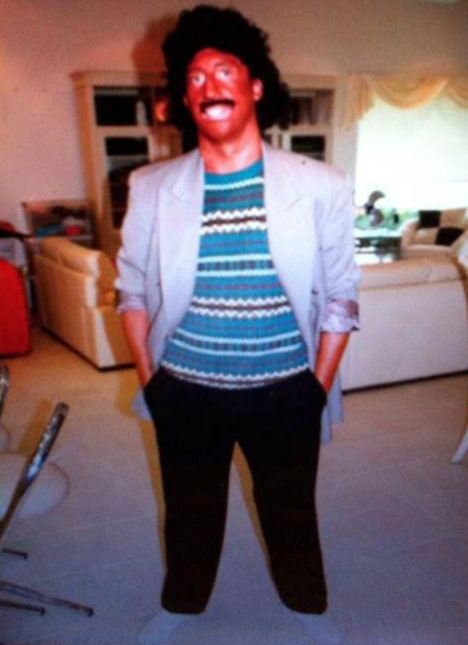 This hasn’t been the best of periods for Liverpool FC, certainly in terms of PR. With the club tying itself in all kinds of knots over the Luis Suarez affair, and then Anfield legend Alan Hansen getting lambasted for his out-dated use of the word “coloured”, it’s been a heck a few weeks for the club.

Well, they say bad things come in threes, so I guess it was inevitable that someone else with links to the Merseyside club would have to jump on the bandwagon. And with that we say a big hello to Robbie Fowler, Kop idol, player/manager of Muangthong United  and, apparently, amateur Lionel Richie impersonator.

The former England man posted a photo of himself ‘blacked up’ and in full Richie garb on Twitter, in a perfect example of bad timing. After getting a whole load of abuse from Twitter users who were practically dancing on the ceiling with rage, Fowler promptly took the incriminating photo down, but only after it had been up on the web all night long, and not before it had seeped into the judgemental hands of the media.

Anyway, to be honest, Fowler’s whole Lionel Richie thing is utterly harmless. However, rather ironically, for a player whose timing in the box was super sharp, he could have picked a better moment to ‘black up’ on Twitter, couldn’t he?