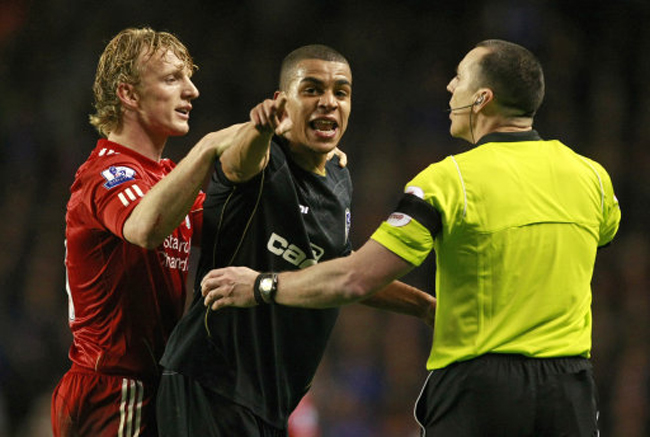 The midfielder, on loan from Norwich City, took exception to something that was shouted at him during the game, and was even reduced to tears by the incident.

Adeyemi gave a statement to the police after the game while Liverpool FC said: “An incident occurred in the second half of the match which is now being investigated by both the club and the police. We will continue to work closely with the police and establish the details of what actually happened and will make a further statement in due course.”

Merseyside Police revealed that they have begun an investigation although, as yet, no arrests have been made.

A police spokesperson said: “Merseyside Police can confirm that no-one has been arrested this evening, Friday 6 January, on suspicion of racially aggravated behaviour during tonight’s FA Cup fixture at Anfield,” said a police spokesman.

“However, the Force and Liverpool Football Club are investigating following an incident that occurred during the second half of the game. The aim of the investigation is to establish the full circumstances surrounding the incident to ascertain if action needs to be taken.”

One wonders, in the aftermath of the Suarez incident in particular, just how long it will take Liverpool to rebuild its damaged reputation.