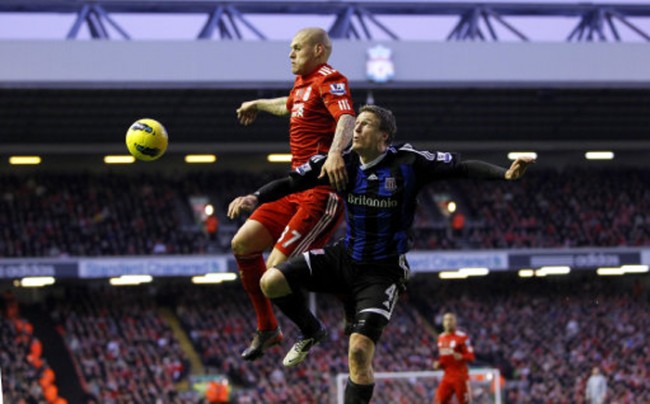 Another Anfield fixture, another draw. Liverpool made it seven draws out of 11 home league games this season after failing to penetrate a hard-working Stoke backline on Saturday.

Looking at the teamsheets before the game, with Kenny Dalglish’s deciding to start with five at the back and only one striker, a goalless draw was arguably the most likely outcome, particularly when the out of form Dirk Kuyt was the lone attacker in the Reds’ line-up.

Tony Pulis’ oft-derided Stoke side put on another well-drilled performance, limiting the Reds to only a few decent goal-scoring chances.

Just before the hour-mark, Dalglish threw Andy Carroll into the action, but the targetman once again failed to find the net, with most of his energies focused on a succession of desperate penalty claims.

Liverpool stay sixth, one point behind Arsenal (who have played a game less), while the Potters now find themselves n eighth, just five points behind none other than the Reds themselves.