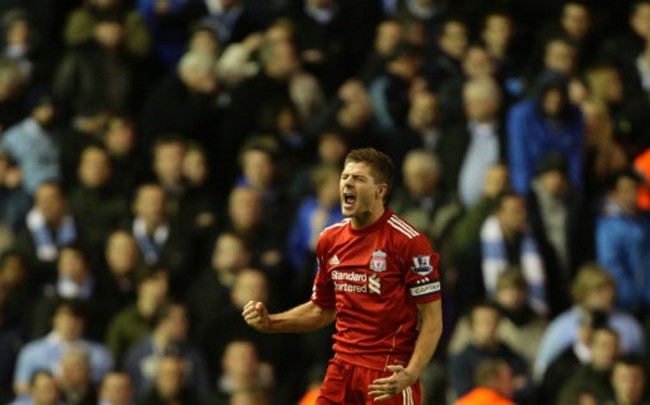 Liverpool came from behind twice against Manchester City at Anfield to secure a place in the final of the Carling Cup, and their first appearance at Wembley in 16 years.

City opened the scoring on the half-hour mark, courtesy of a 25-yard Nigel De Jong super looper, but the Dutchman’s strike had come somewhat against the run of play.

Indeed, Stefan Savic endured a torrid first-half in the centre of City’s defence, with goalkeeper Joe Hart forced into a number of superb stops. However, with the clock ticking towards half-time, Micah Richards was rather harshly penalised for an nigh-on unavoidable handball – with Steven Gerrard converting the spot-kick.

With Savic hauled off at half-time and replaced with Sergio Aguero, Roberto Mancini chased the victory and City once again look the lead on 67 minutes – Edin Dzeko prodding home Aleksander Kolorov’s superb cross.  However, the Reds did get their deserved equaliser just seven minutes later, when former City man Craig Bellamy pulled the old give-and-go with Glen Johnson and slipped a superb effort past Hart and into the back of the net.

So while Mancini and co. will no doubt be left bemoaning the performance of referee Phil Dowd, Kenny Dalglish and his charges will be preparing for the final against Cardiff City, i.e, Liverpool’s first Wembley appearance in a very, very long time.

The big question is, I suppose, whether or not the Reds will wear those dashing cream suits again on the big day?