What with Liverpool set for their first visit to ‘Anfield South’ in 16 years by way of their Carling Cup semi-final win over Manchester City last night, we though we’d revisit the last time the club earned themselves a day out at Wembley, i.e, the 1996 FA Cup Final against Manchester United.

The final itself was a shoddy old game if memory serves, with the exception of Eric Cantona’s beautifully-taken winner and the sartorial elegance that preceded it – namely, Liverpool’s audacious cream Armani suits… 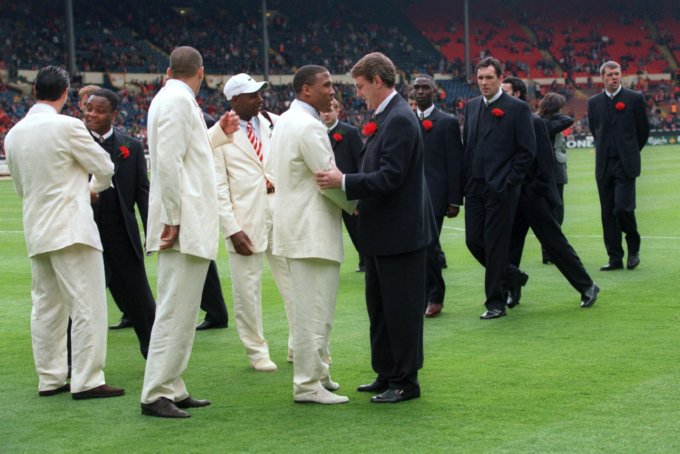 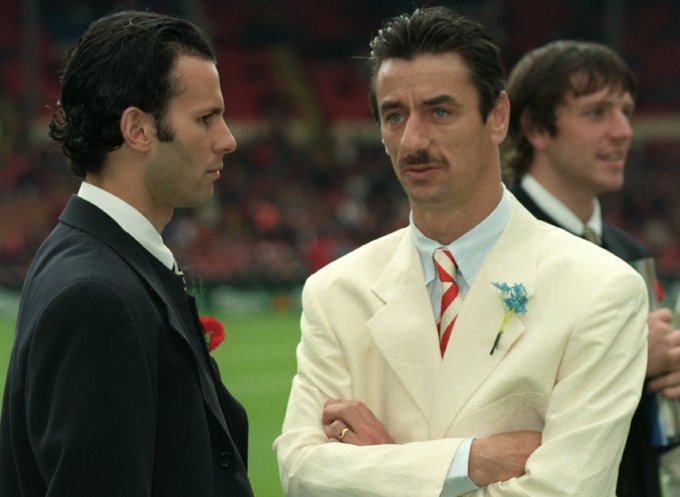 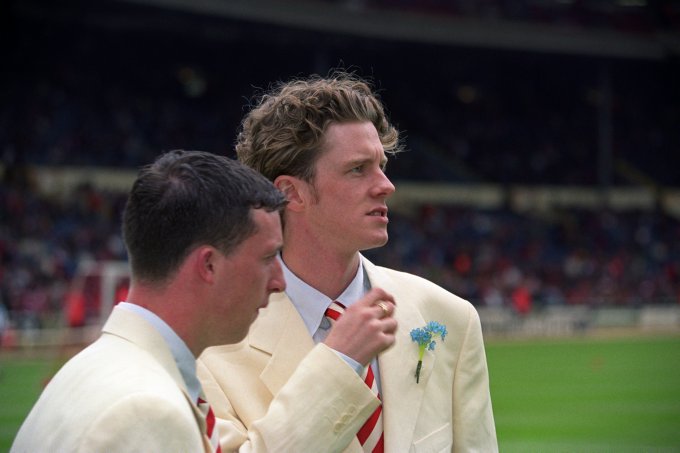 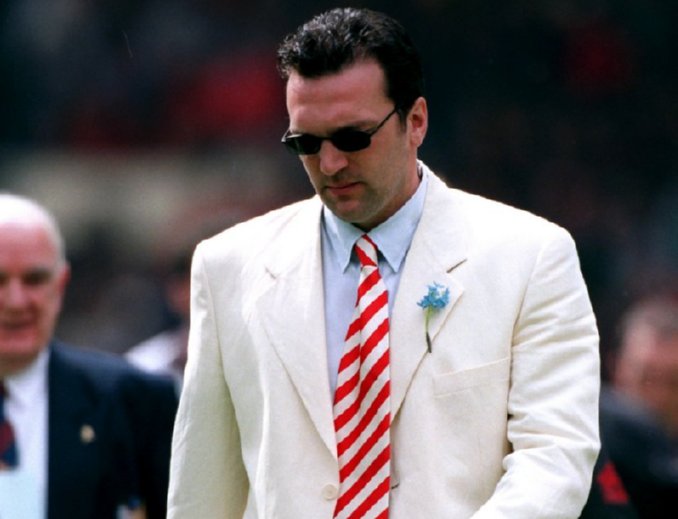 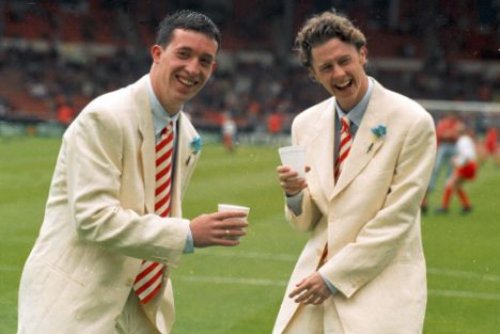 Like Mr Whippy’s wedding photos. Always fun to see Neil Ruddock attempting to give it the old ‘Reservoir Dogs’ hardman act while looking like a cornet of Raspberry Ripple soft serve.

Anyway, you’ll be glad to hear that bookies are taking bets on Liverpool opting for these off-white Armani abominations again when they turn out for this year’s Carling Cup final against Cardiff City at the New Wembley on February 26th.