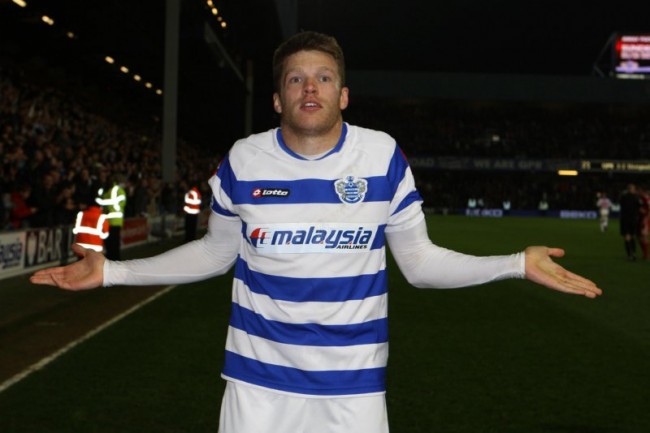 Shaun Derry got the R’s back in it on 77′, craning his neck to head a corner home, before Djibril Cisse scored against his former employers to draw the home side level (a personal highlight being Taye Taiwo’s attempt to wring out Cisse’s post-goal cramp by stretching the wrong leg – ah well, it was a 50/50 shot!).

With stoppage time wicking away and QPR still rushing Liverpool at every turn, Jose Enrique came up short trying to get a toe on a through-ball, allowing Jamie Mackie a clean run in on goal, posting his shot through Pepe Reina’s legs to snaffle the three points needed to lift his side out of the relegation zone.

Incidentally, after the game Joey Barton (who was replaced by Mackie on the hour following a particularly dismal run-out) took to Twitter to acknowledge his dire performance and lambast the section of the Loftus Road crowd which saw fit to boo him – allowing his cerebral wit to incubate for a while before letting rip with a devastatingly clever retort:

“I was awful tonight. Worst I’ve ever played in my career. But we WON…….and that’s the most important thing. Onwards and upwards.

“Disappointed with fans booing, were [sic] meant to be in it together. They won’t break me, guaranteed. I’ve been through much worse.

“Enough of the negative s**t anyway. What a f**king result, great spirit shown by the boys and loyal fans tonight. Not the bells that booed.”

“Form is temporary, class is permanent.”

Barton? Class? We’ll let you make you’re own conclusions there.