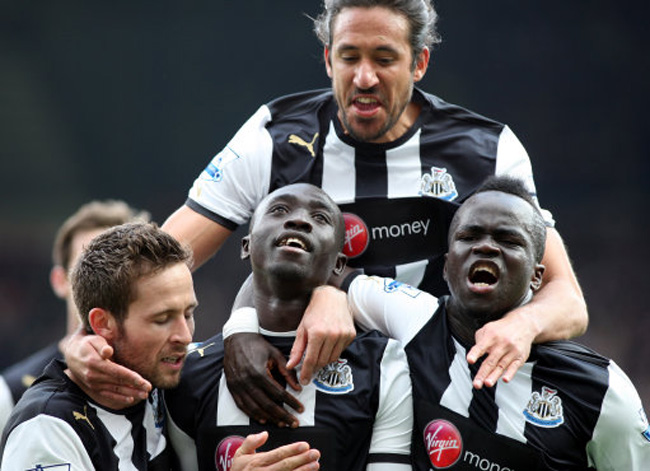 Returning to Newcastle for the first time since moving to Anfield, misfiring Liverpool striker Andy Carroll once again failed to live up to even a bit of the £35million paid for him by Kenny Dalglish.

The target-man’s dismal afternoon, which saw him booked for diving and subbed on 79 minutes was representative of the Reds’ disappointing display. Newcstle, on the other hand, produced an excellent home performance, with Senegalese striker Papiss Demba Cisse netting twice to move the Mapgies level on points with Chelsea in fifth-place in the table.

Cisse’s first goal came on 19 minutes after good work from the in-form Hatem Ben Arfa, while his second, on the hour mark, came courtesy of a fine centre from Demba Ba.

To make matters worse for a Liverpool side that looked totally lacking in belief, Pepe Reina was sent off late on after the Spaniard lead with his head when squaring up to James Perch. Jose Enrique, a former Magpie who once questioned Newcastle’s top six ambitions, took over between the posts.

Alan Pardew’s surprise package of the season are now five points off a Champions League spot while Liverpool, losing the sixth league game in seven, languish in eight place, a point behind Everton.