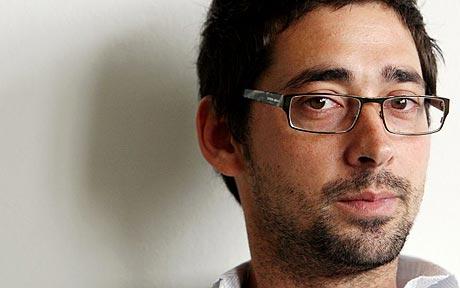 The BBC have been forced into apologising for comments made by Match of the Day 2 host and ‘Spectacle Wearer of the Year 2007’ Colin Murray last Sunday, after receiving several complaints relating to Murray describing Pepe Reina’s red-card offence against Newcastle as a ‘lame headbutt.’

Murray then asked pundit Mark Lawrenson: “When you get sent off for that type of lame headbutt, do you regret not sticking the head in anyway?” which some viewers obviously interpreted as Murray – a Liverpool fan by trade – condoning the on-pitch aggro and suggesting that Reina should have stuck James Perch one when he had the chance.

The Daily Mail have been busying themselves, retweeting several of the complaints made by disgruntled viewers on Twitter:

“Cannot believe what Colin Murray has just said on MOTD 2 about headbutting. Just what do the BBC see in him as a presenter?”

“Colin Murray is a disgrace for saying that. Basically inciting violence on the pitch.”

The BBC have since apologised for Murray’s comment, saying: “We’re sorry for any offence caused.”

Speaking as someone who was viewing at the time, my initial reaction to Murray’s comments was not one of disgust or a sudden gushing of projectile bile, but more of a ‘Eee, he’s probably going to regret that’ vein – given the hyper-testy disposition currently enveloping the game.

What Murray said wasn’t particularly clever, but it was as viable as any other question posed. Lawrenson could have responded with an abrupt ‘no’ or words to that effect and the matter would’ve been dealt with.

Shame, really, that the Beeb felt the need to apologise for something so patently inoffensive.