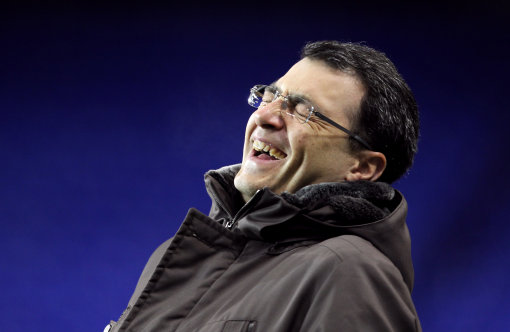 “We are grateful for all of Damien’s efforts on behalf of Liverpool and wish him all the best for the future.”

“I am grateful to have been given the opportunity to work at Liverpool and am happy to move on from the Club and back to France for family reasons.  I wish the Club all the best for the future.”

So, it’s for ‘family reasons’ – though the sceptic in me would suggest that it’s possible Liverpool’s owners felt someone had to bear the brunt of the backlash over the raft of poor, expensive signings that have flooded into the club and that man was not to be Kenny Dalglish.

The statement may use the term ‘mutual consent’ but official club statements are just as prone to sleight-of-mouth as anything else.

Not that that’s necessarily the case here. It’s just convenient is all.

Fenway seem like a patient, polite, eager-to-please mob and there’s nothing to suggest Comolli has been ushered out against his will. After all, his main duty was to bring quality to Liverpool and he – to put it politely – didn’t.

It’s also a giant roadblock out of the way as far as Rafa’s return would be concerned.

As I say, I can’t help being cynical.