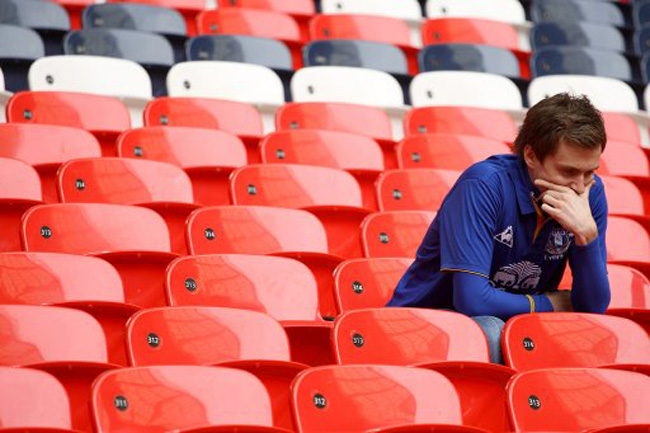 A rather dull first half in this Mersey extravaganza was brought to life by an almighty mess-up on 24 minutes between Daniel Agger and Jamie ‘Carra’ Carragher. The ball fell for Nikica Jelavic and the Croat slotted home.

After the break, the Reds pushed for an equaliser with poor old Andy Carroll missing a gilt-edged chance for only a few yards. But then another centre-half made a pig’s ear of it, when Sylvain Distin’s crappy back pass set up Luis Suarez, who flicked home with the outside of his foot.

Liverpool dominated from then on, and ultimately it was the Reds’ divine ponytail, Carroll, who would win the derby courtesy of a late strike.

A potential cup double for the Reds is sure to take some of the pressure off King Kenny.