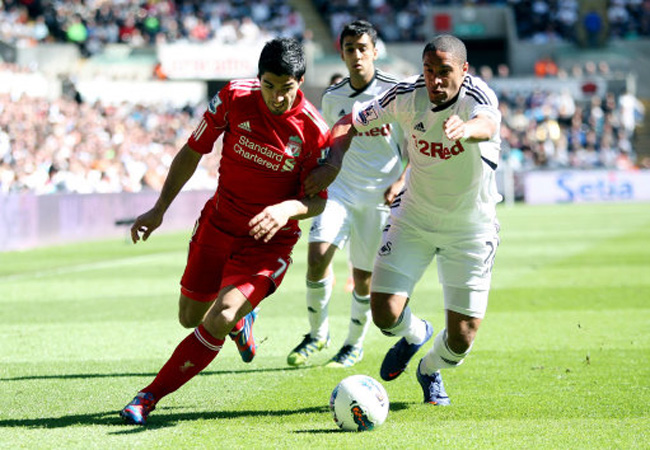 They may have won one cup and made the final of another, but after spending a whole load of cash on the likes of Andy Carroll, Jordan Henderson and Charlie Adam, surely Kenny Dalglish and co. would have expected more from the 2011/12 campaign?

Defeat to Swansea on Sunday sees the Reds finish below rivals Everton in the table, four points behind.

Danny Graham was the goal hero for the Swans, netting on 86 minutes to take his career tally to 100.

While Brendan Rodgers can look back on a superb first season in the top tier, Dalglish will be well aware that his squad needs serious strengthening in the summer.